How do the British tell the story of the American Revolution? That's the question that brought George Kotlik to Yale University. 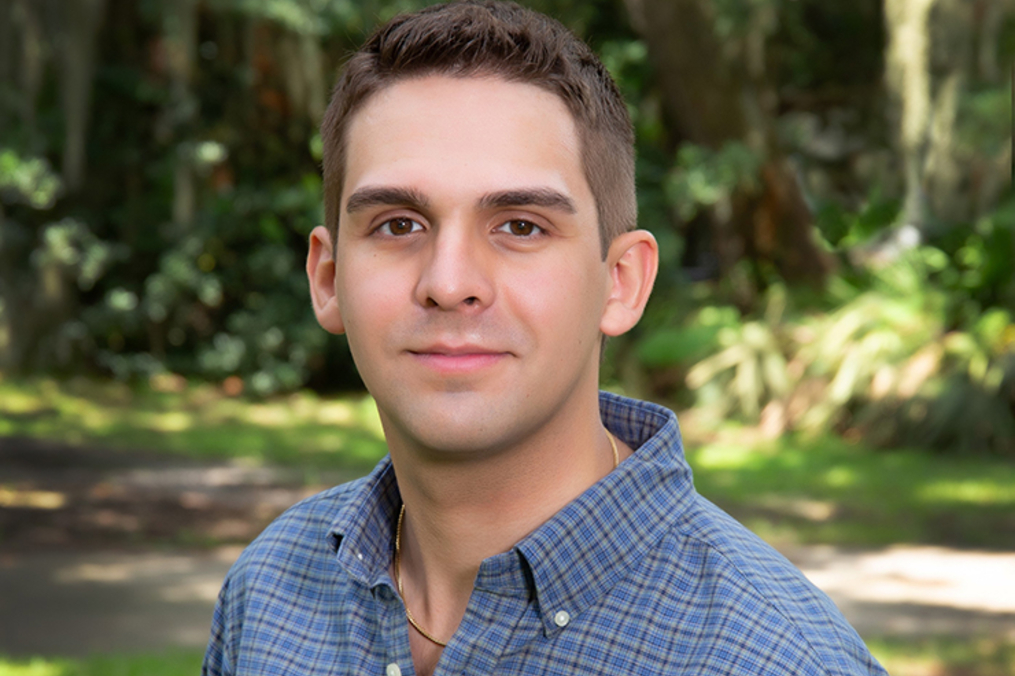 When George Kotlik came to Keuka College, he never imagined he’d end up at Yale University. But thanks to a paper he co-wrote with Dr. Angela Graves, assistant professor political science, that’s exactly where he was.

It’s rare even for seniors to present their findings at a scholarly conference attended by experts in the field. But George, a political science and history major, did it as a freshman.

He brought a research proposal to Dr. Graves last fall. The question? When students in the U.S. study the American Revolution, is the story told through a purely American point of view? What’s the British take on the American War for Independence? To search for an answer, they decided to examine how American government textbooks address that era and why.

“The paper examines the American Revolution and outlines, in depth, the British perspective on the Revolution. We took a look at five different American government textbooks and examined the Founding Era in each. What we found was really interesting,” George says. “The books that leaned more towards a pro-British standpoint offered more factual information than those that leaned more towards the American standpoint."

It’s extraordinary for an upperclassman to co-author a paper with a professor, let alone a freshman. “It was a terrific experience for us both,” Dr. Graves says. “George quickly distinguished himself from his peers this year, with outstanding academic achievement across the board.”

Beyond the process of research and writing the paper, George says he gleaned experience in understanding the process of peer review that paper proposals receive before they can be accepted for publication in a scholarly journal.

“Attending the conference was a very exciting time,” George adds. “Overall, it was a unique experience that I am so thankful for and wouldn’t trade for the world. It’s all thanks to the wonderful professors at Keuka College.”