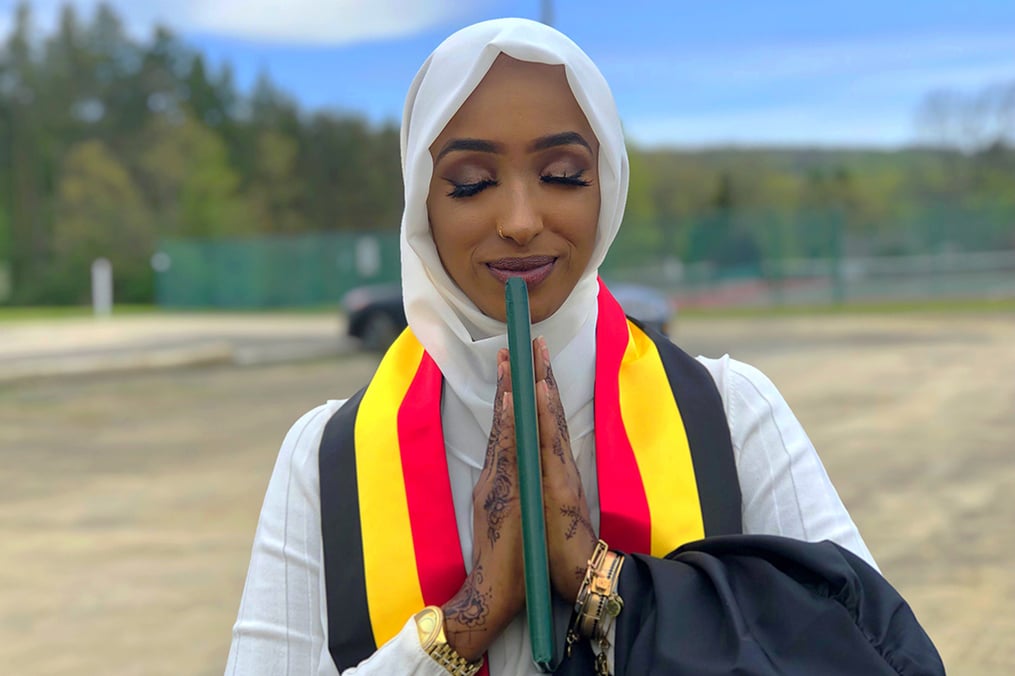 Earning her bachelor’s degree in Social Work was an obstacle-filled marathon for Hani Ali ’19. Fortunately, Keuka College provided the structure, flexibility, and support to help propel her across the finish line.

“It was the best fit for me,” she says of the College’s Adult and Online Evening program, which includes one class a week augmented by online studies. “There was no other way I was going to fit in school, being a wife, and mother.”

That Hani found herself in a position to pursue a college degree at all is a testament to her strength and endurance. Her path to Keuka College stretched not just years, but continents. And it’s the stuff of novels. 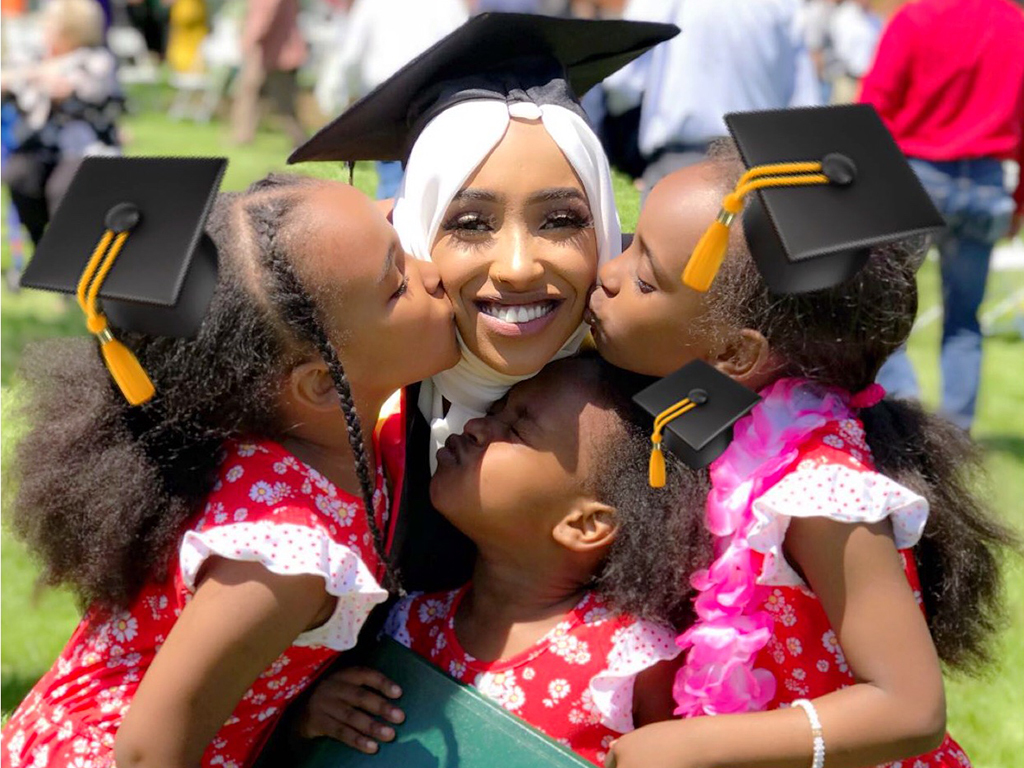 Her Somalian parents crammed into an overcrowded truck in an effort to flee the violent civil war in their home country. Heavily pregnant with Hani, her mother went into labor unexpectedly during the ride.

With the help of an elderly passenger, and with no medical supplies, Hani’s mother gave birth to a small and fragile daughter.

“They didn’t think I would make it,” Hani recounts.

Things didn’t get much easier.

For the next 16 years, Hani and her family lived in a refugee settlement in Uganda. The nearest school was a 10-mile walk away and Hani’s father was killed when she was 14.

Two years later, Hani moved to Rochester with her mother and sister.

Hani graduated from high school but marriage and motherhood quickly followed. Within four years, she had three small daughters, along with a Somali husband who saw her future only within the boundaries of their culture. That didn’t include college or work for her.

But Hani had dreams.

“I wasn’t going to waste my education,” she says.

With babysitting help from her mother and sister, Hani attended community college. Given her experiences as a refugee – and her ability to speak Somali, Ugandan, Swahili, and English – she gravitated toward social work.

She graduated in 2016 with an associate’s degree in human services. Her next step: Keuka College and its bachelor’s program in social work.

Hani was working at a Rochester refugee center, where she was able to share her knowledge. So, the College’s program for working adults made furthering her education possible.

Even so, with her marriage over and part-times jobs necessary to support her young children, her life was as challenging and bumpy at times as that road long ago out of Somalia.

“I was on the edge,” Hani says of continuing her studies. “I didn't know if I’d make it.”

But Keuka College kept the door open for her. 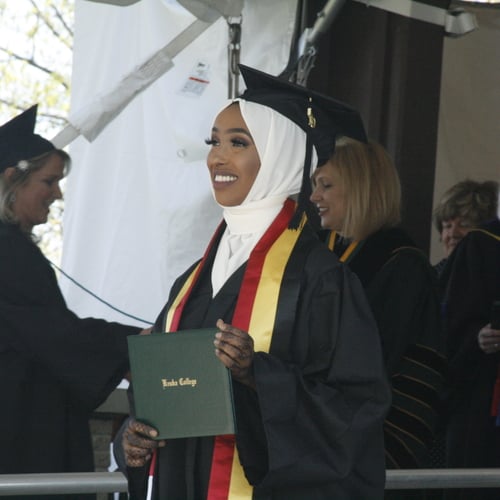 School was a phone call away. It was like a family.

She says the support and assistance she received from her professors and the College – and her faith in herself – helped pull her through.

Hani graduated from Keuka College in 2019. Within a week, she was hired by the Finger Lakes Performing Providers System as a health home care manager.

And she’s still involved with refugee work as a volunteer, celebrating the successes of the families she’s helped over the years.

“I never give up helping people in need,” she says.

It’s Easy to Get Started

If you’re ready to get started, why not have a conversation with an admissions counselor? Simply request more information today by filling out the form below or by calling (800) 335-3852.

Not sure if you’re ready to talk to someone yet? No problem. Explore the Social Work degree online and let us know when you’re ready.