Earn an American Degree in China 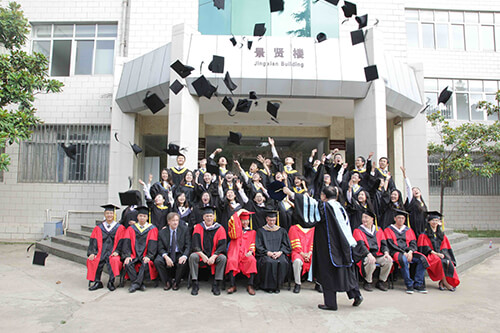 In 2002, Keuka College successfully partnered with major Chinese universities in launching the Sino-American Academic Collaboration Program. This international relationship has received the official approval of the Office of Academic Degrees Committee for the State Council in the People’s Republic of China.

China embraces free enterprise and individual opportunity, and Keuka College, as a leader in experiential, hands-on learning, has been able to provide its Chinese partners with support for introducing Field Period® internships for all KCP students.

Keuka College’s partner universities in China value the Field Period® concept that requires students to apply what they have learned in the college classroom to real-life situations. Field Period® is a way for Keuka College students, both in the U.S. and in China, to become more competitive in the job market. Chinese businesses appreciate the skills that Keuka College graduates have, and American companies in China are very receptive to the Field Period® idea. With thousands of American companies operating in China, Keuka College is primed to have a positive impact on two of the most powerful economic forces in the world.

Bachelor of Science in Management Program:

Keuka China Programs offer a Bachelor of Science in Management at Yunnan University of Finance & Economics in Yunnan Province and Jimei University in Fujian Province.

Bachelor of Science in Accounting Program:

Keuka College also has a cooperation program offering a Bachelor of Science in Accounting with Shandong Business Institute in Shandong Province and Anyang Normal University in Henan Province.

Keuka College’s programs in China follow the rules and regulations of, and are approved by, the Ministry of Education, People’s Republic of China.

Keuka China Programs provide the same degree and are accredited in the same way as traditional Keuka College programs in the U.S. The Bachelor of Science in Management (B.S.M.) degree is accredited by the International Association for Collegiate Business Education (IACBE).

Our Keuka China Programs at China Campuses office is located in Xiamen, Fujian, China. Additional information can be found at www.keukachina.com.