The Keuka College alumna brings “dedication, commitment, and patience” to her role. 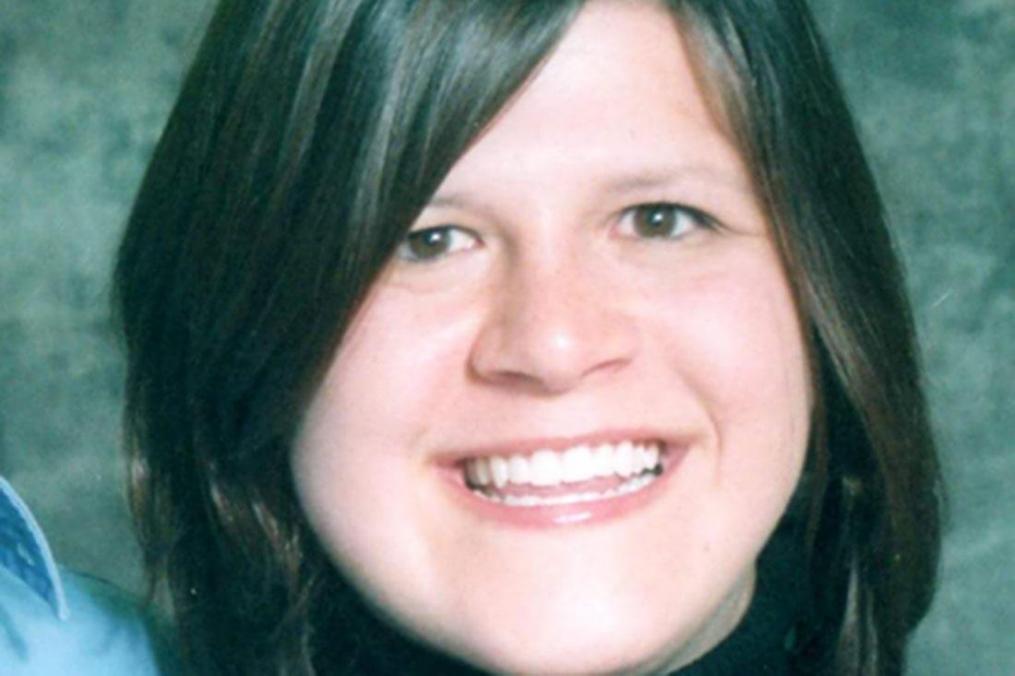 “Being an occupational therapy fieldwork level II educator requires dedication, commitment, and patience,” Samantha says in her nomination letter. “It is no surprise that April encompasses all of those qualities and much more.”

Graduate OT students wrote a narrative discussing why they believe their fieldwork educator or supervisor should be recognized. Nominations were measured using nine criteria, including communication skills and constructive feedback, collaboration with other team members, and use of client-centered and occupation-based practice.

“Each year, I rely heavily on occupational therapists who work in the field to supervise our OT students, with fieldwork level II consisting of two 12-week experiences, taken by our graduate students,” says Dr. Michele Bennett, assistant professor of occupational therapy and academic fieldwork coordinator. “The OT fieldwork team at Keuka College wanted to recognize the impact these fieldwork supervisors and educators have on the students, and the award offers that appreciation.”

As a fieldwork level II educator, April says, she has “the opportunity to make a difference, to lay a solid foundation in a future occupational therapist’s career. It’s amazing to watch a student come into a fieldwork experience with the knowledge that Keuka College provides, and with a little bit of fostering, students flourish into entry level, occupation-based OTs.”

During Samantha’s first week, April asked her what kind of supervision she thought would be most beneficial, so she could adapt to her learning style.

“So I thought my experience was off to a great start,” says Samantha. “But then April was notified that her mother found a donor for a double lung transplant in Cleveland, Ohio.”

Samantha says April—while elated for her mother—was concerned Samantha would not get the most out of her level II experience.

“After much convincing, April took some time off to care for her mother, and supervised me three days a week,” says Samantha. “Despite this, April stayed in contact to make sure things were running as smooth as possible and that, above all, I was okay.”

Though April was not supervising Samantha every day, Samantha says she was still given opportunities to explore areas of the hospital including short-term rehabilitation, surgery, outpatient, ICU, and acute inpatient floors.

“When April was present during a treatment, she asked me questions such as ‘How can this task be graded?’ ‘What theory are you using?’ or ‘How will this exercise benefit an [activity of daily living] ADL?’” says Samantha. “These types of questions have now rewired my mind to think more complexly in regards to theories.”

Samantha adds that April is a constant advocate for the profession of occupational therapy, especially in terms of client-based care.

“One thing April does extremely well is making activities client-centered and occupation-based, something I relate to as well,” says Samantha. “For example, we saw a patient who has a traumatic brain injury (TBI). In my first week, he came to us with left sided paresis/plegia. Together, we developed activities that worked towards his primary goal—to complete his daily chores. I am proud to say that he is not only doing his daily chores, but also able to move his left arm and has built up enough strength to be discharged.”

When this client came to receive care, Samantha says, he was dependent on others with most of his ADLs.

April says Samantha was not the only one who learned something from this experience.

“I’m learning from students all of the time,” says April. “They keep me current and evidence-based. They force me to be the best OT I can be for myself, for them, and most importantly for my patients. It’s awesome to have the chance to give back to this amazing profession of occupational therapy and to Keuka College.”

Abigail nominated Jennifer because of the kindness she demonstrates to all she meets.

“She is kind to her coworkers, students, and parents of the children on her caseload; communicates her expectations of me clearly; and provides appropriate challenges to enhance my learning process,” says Abigail in her nomination letter. “I truly believe that at the end of my experience at Baldwinsville School District, I will be a capable entry-level therapist.”

The first time Alysa met Liz, she knew they would be a good fit as supervisor and student.

“Liz encouraged me to communicate my professional opinion with other team members,” says Alysa. “She challenged me to answer my own questions, and continually told me if she agreed or had a different thought.”

“But what I appreciated most about Liz was the fact that she openly communicated her thoughts and gave constructive feedback on the spot or directly after a session,” says Alysa. “This was very helpful because I immediately took her advice, which made me a better therapist and allowed me to provide better care.”

“Keuka College has the advantage of being a small college,” says April. “As a student, you have a voice, professors know your name, and you are not a number like some of the larger academic institutions. Professors build a rapport with you and they want to see you succeed. They prepare you to be a leader, to think outside the box, to be evidence-based, and to be an advocate for the individuals you are serving. Keuka College’s professors provide the knowledge and skills in order for you to be successful in your OT career.”