A screening of “The Jump” and subsequent Q&A drew dozens to the Hawkins Lounge. 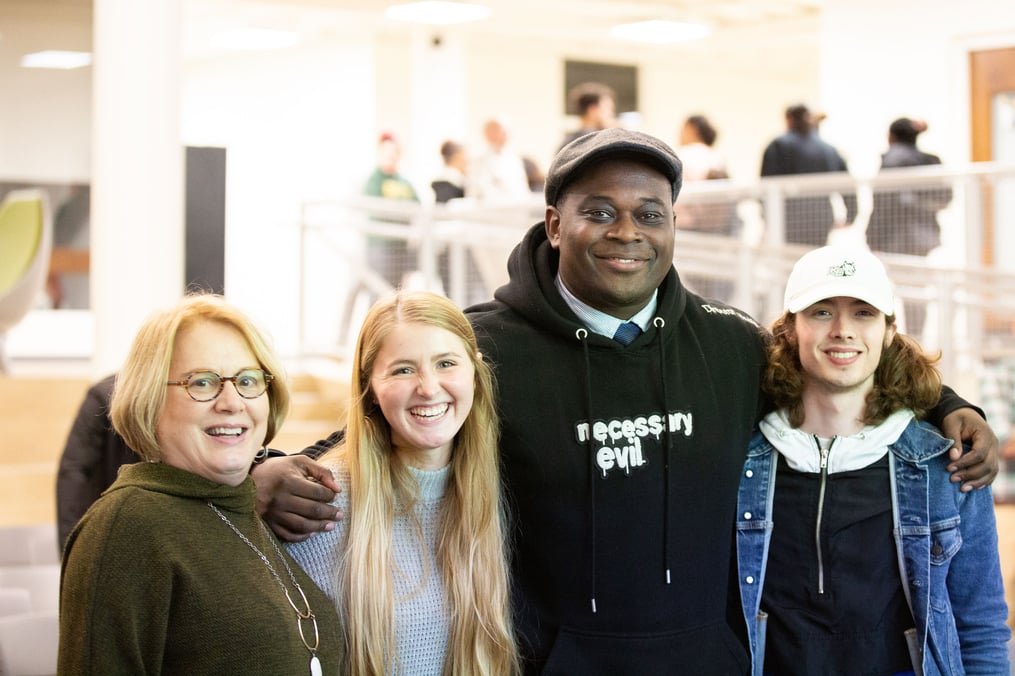 More than 50 members of the College community turned out at the Hawkins Lounge on Feb. 16 to view “The Jump,” a short film by Jamal Hodge. The director was on hand and took part in a robust Q&A following the screening. 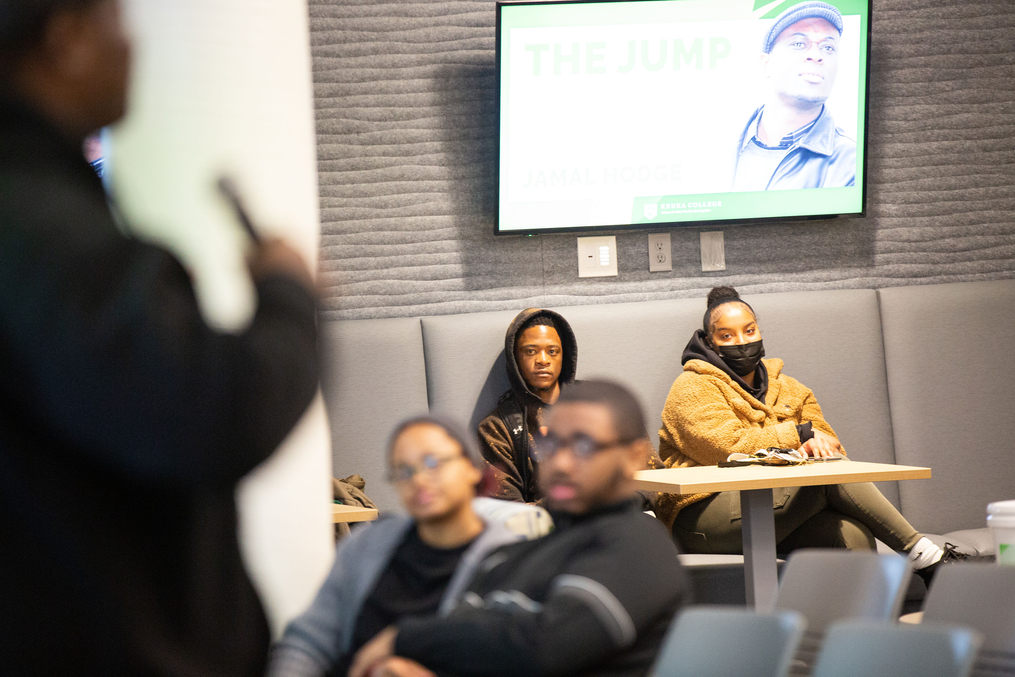 “Thank you guys for welcoming me and asking such amazing (that’s code for CHALLENGING) questions,” Jamal posted on social media following the program.

Students described the film as “amazing” and “emotion-packed” and took the opportunity to meet with Jamal after the formal program and pose for photos.

Also attending the event was BettyLou, who traveled from her home in Oregon. She and her husband, Philip Moyer, are avid film aficionados and, thanks to their generosity, have ensured that programs aimed at promoting engagement around issues of diversity and equity will continue at Keuka College for many years to come. 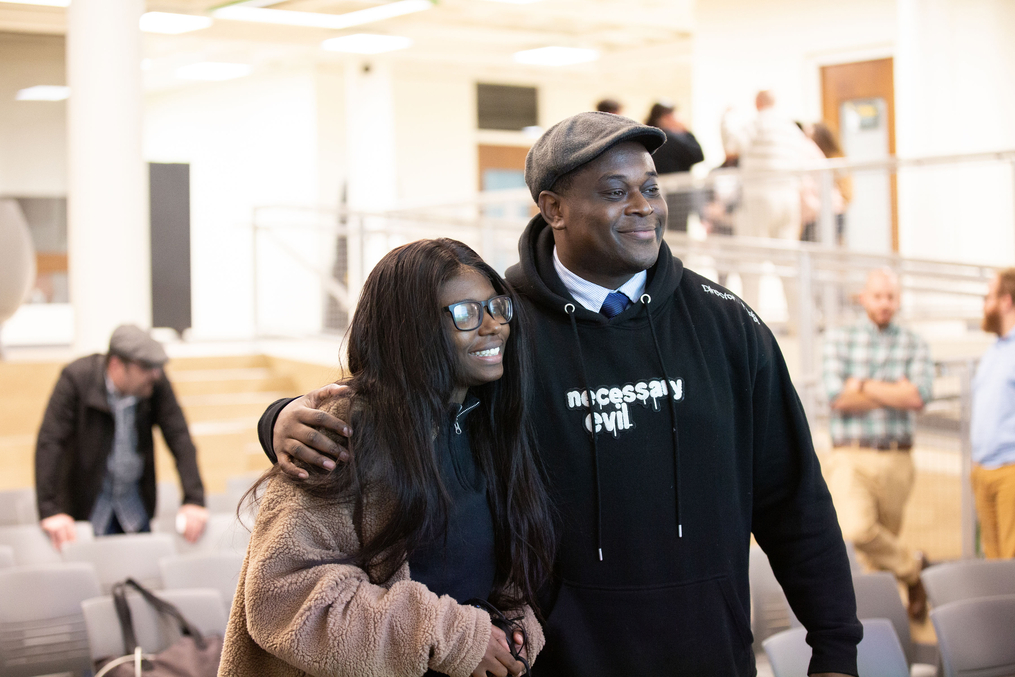 Director Jamal Hodge took time to meet with and snap photos alongside Keuka College students following the showing of his film, "The Jump."

“The Jump” is the first of three films this semester scheduled as part of the film series, which is being put on with the help of the Diversity, Equity, and Inclusion Committee and KC’s Squad. Still to come are:

The screenings will run from 6-7 p.m. in the Dahlstrom Student Center’s Hawkins Lounge and include conversations with the filmmakers.