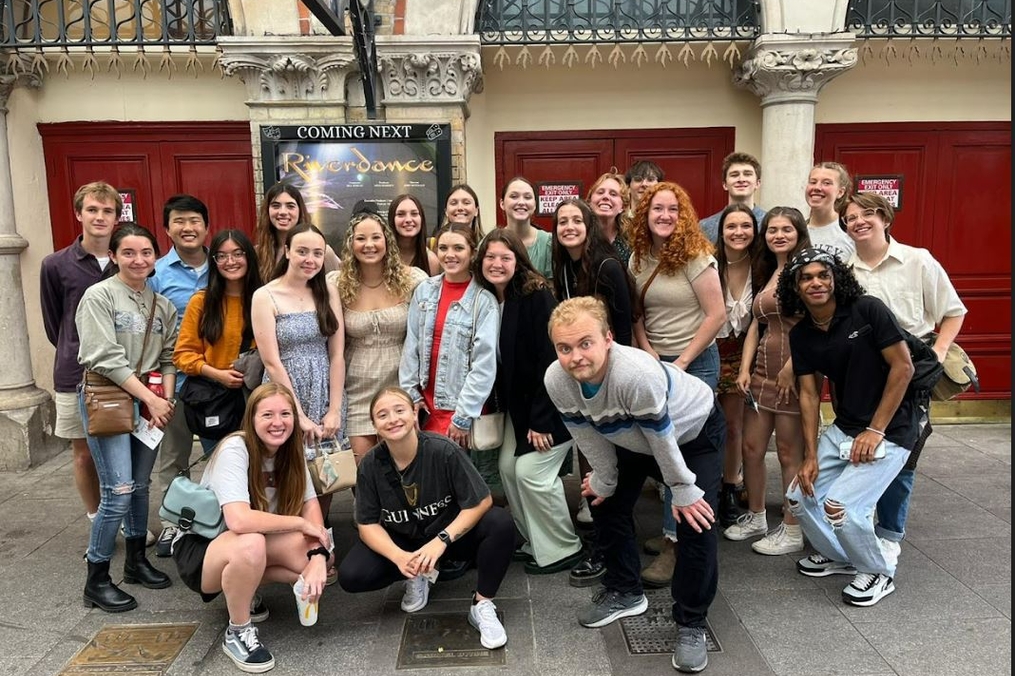 Jay Plastino '23 and a group of friends pose in front of the Gaiety Theatre, home to opera, musicals, drama, revues, comedy, concerts, dance, festivals, and pantomime.

For an English lover like Keuka College’s Jay Plastino ’23, Ireland was an irresistible option for a Field Period®. The birthplace of literary giants like James Joyce, Oscar Wilde, and William Butler Yeats was Jay’s home this past summer as he steeped himself in the country’s literary and cultural offerings.

“I believe one of the best ways to truly learn about a different culture and place is being completely immersed in that culture,” said Jay, a Writing and Communication Arts major with minors in American Sign Language and Environmental Science. “I am so glad I had this experience.”

Jay spent two months studying in Ireland through Arcadia Abroad —The College of Global Studies in Dublin. The extensive visit enabled him to engage with the nation’s culture and literature from a number of different perspectives. 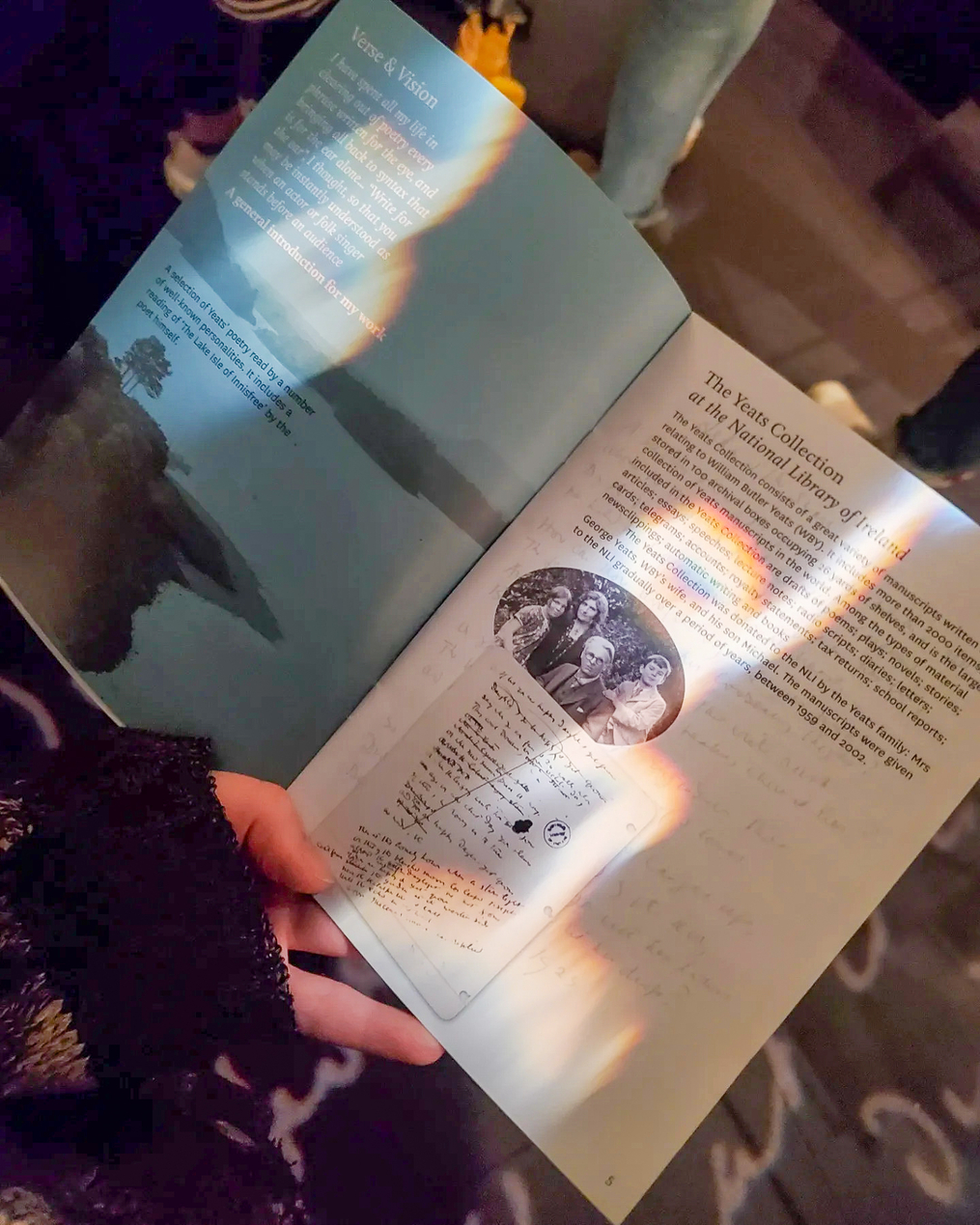 Jay Plastino '23 spent time exploring the collections of both the Museum of Literature Ireland and Marsh’s Library, the oldest library in Ireland.

On the academic front, he took a Modern Irish Literature course, in which he explored the works of major Irish writers and their literary figures. On the cultural front, he visited historical sites of literary significance, such as the Museum of Literature Ireland and Marsh’s Library, the oldest library in the country.

“I learned so much about Ireland itself, especially because I was studying Irish literature while I was there,” Jay said. “And literature contains so much culture and history. You can’t understand literature until you understand culture, and vice versa.”He even took a job at a film production company and staffing agency.

“While I’ve had jobs before and have traveled to other countries before, this is the first time I was on my own and working a job at the same time,” said the Potsdam resident. “It was different from anything I had done before.” 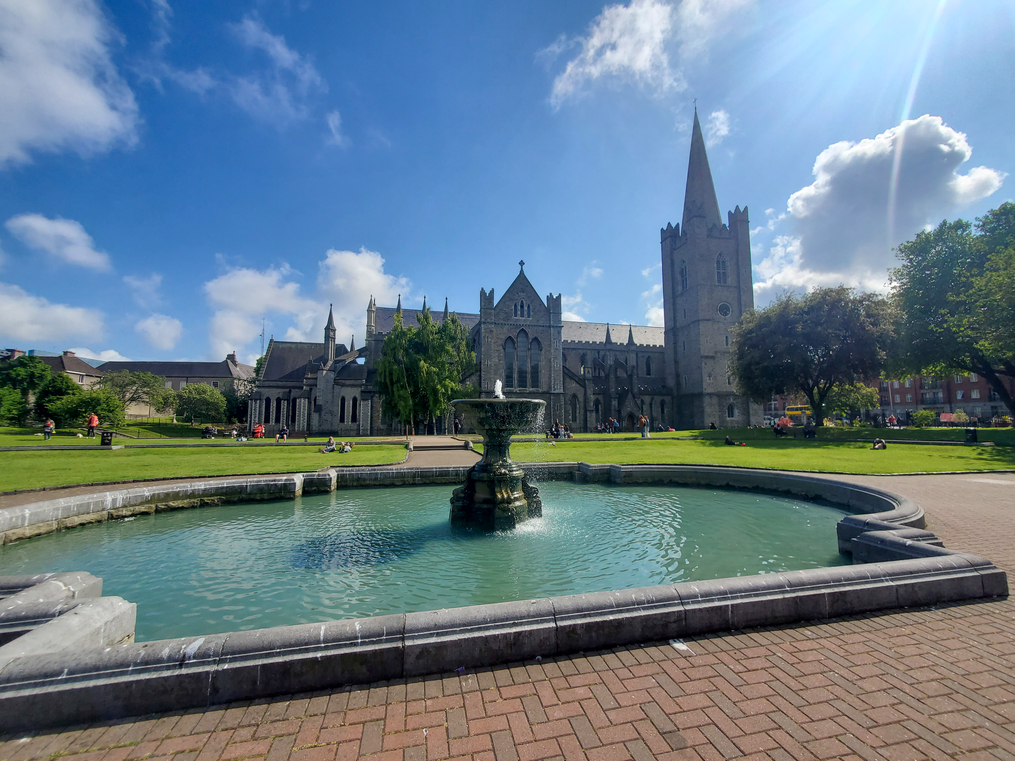 Jay arrived in Ireland in time to attend the internationally renowned Bloomsday Festival, a commemoration of the life of Irish writer James Joyce observed annually on June 16, the day his novel “Ulysses” takes place. He also explored the cities of Belfast and Galway, and participated in a Pride Week celebration.

The benefits of his Field Period were readily evident, said Jay’s academic advisor at Keuka College.

“On his return home, we had great conversations about the relationship of language and culture,” said Chair of the Division of Humanities and Fine Arts and Professor of English Dr. Jennie Joiner. “While he spoke English, he didn’t realize how much he had to learn about its use within Irish culture — and specifically within the professional culture.” 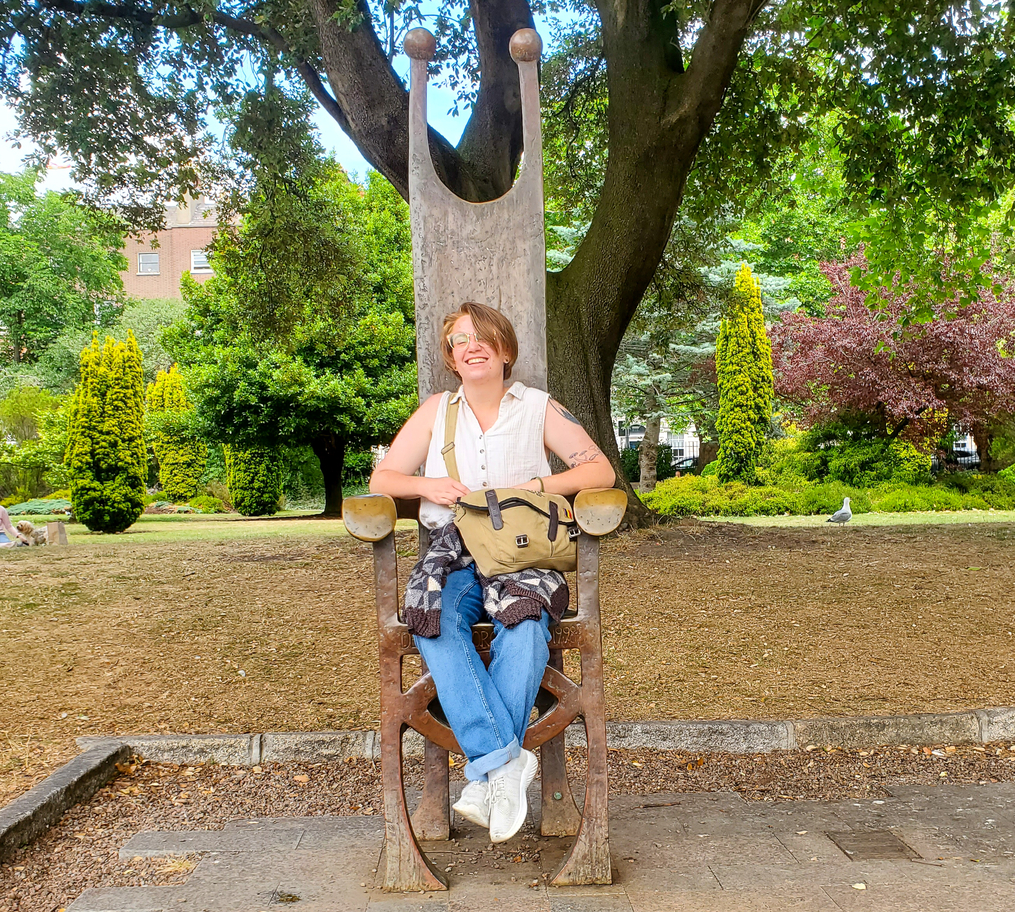 Jay Plastino '23 sits in The Joker’s Chair, erected in the memory of the Irish writer, actor, satirist, and comic Dermot Morgan.

Dr. Joiner said Jay developed a new understanding of writing and communication in a cultural context. She said she’s impressed by how this Field Period deepened Jay’s understanding of the English language.

Jay appreciates the one-on-one level of support and professional guidance that his College professors provide. 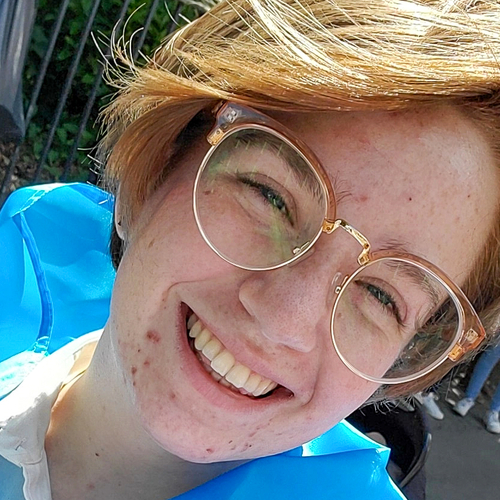 “I wouldn’t have that same relationship with my professors at a larger college. Dr. Joiner will ask me questions about the decisions I make and why. She wants to make sure I am thinking of myself and for myself. And I love that support.”

To help offset the cost of the trip, Jay received a Judith Oliver Brown Memorial Scholarship, which honors the 1963 Keuka College graduate and is designed to assist students planning to pursue culturally oriented Field Period experiences.