The high-tech HVAC system is part of the College’s overall strategy for ensuring public health and safety while conducting on-campus operations. 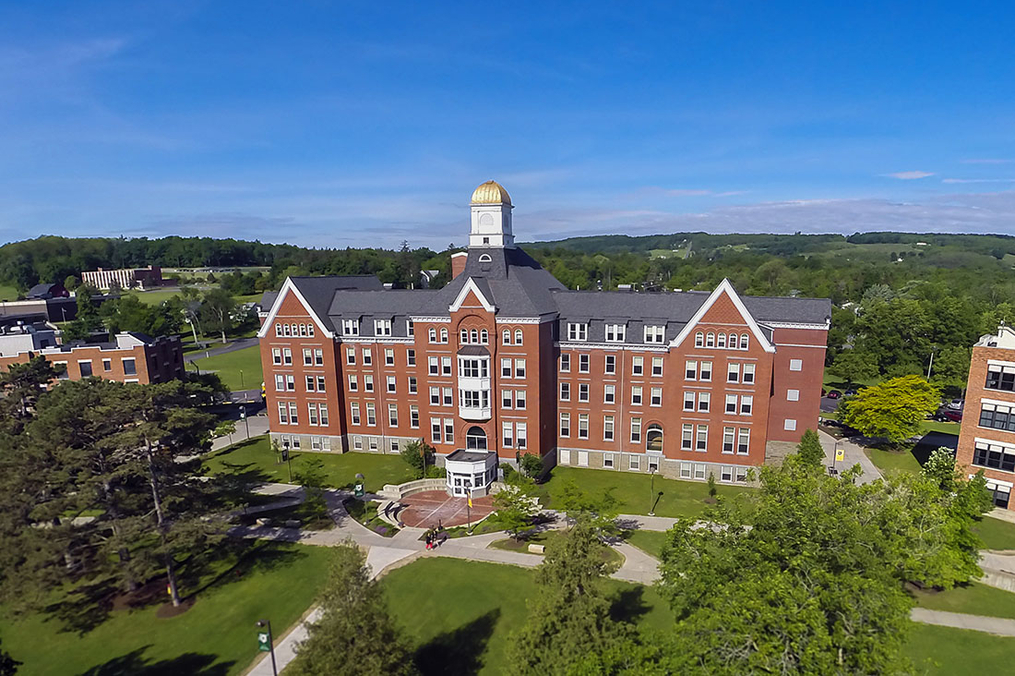 As students returned to the Keuka College campus this semester, high-tech tools were implemented across campus to ensure the health and safety of students, staff, and faculty.

Among the least visible but most important: bipolar ionization technology, which has been proven to neutralize air-laden maladies including the coronavirus. Added to the College’s current air-filtration system, bipolar ionization suppresses airborne mold, bacteria, and viruses.

Integrated into HVAC systems, the technology utilizes specialized tubes that take oxygen molecules from the air and convert them into charged atoms that cluster around micro-particles. These micro-particles then surround and deactivate harmful substances like airborne mold, bacteria, allergens, and viruses.

“Bipolar ionization has already been employed in major hospitals and highly occupied areas such as airport terminals in LaGuardia, O’Hare, LAX, and San Francisco,” says Alan Storey, Keuka College’s director of facilities. “With these highly densified areas already using this technology, I believe that bipolar ionization will help Keuka College control any outbreak of the virus.”

Bipolar ionization not only helps neutralize the coronavirus, it contributes to reducing allergens, smoke, and static electricity, and suppressing odors.

“There are no harmful chemicals, radiations, or byproducts,” says Mr. Storey. “Additionally, the technology doesn’t involve filters or other invasive and high-energy-consumptive processes. In fact, the technology can reduce a building’s carbon footprint by reducing the need for additional outside air.”

Members of the College’s Facilities team worked with Trane, Keuka College’s HVAC contractor, in choosing this system. The ionizers have been installed in the Jephson Science Center, Hegeman Hall, the North Education Conference Center, parts of Ball Hall, the Dahlstrom Student Center, the Geiser Dining Commons, Lightner Library, the Recreation and Athletics Center, and Keuka Commons.