She credits her experience for helping her to grow, “personally, professionally, and spiritually.” 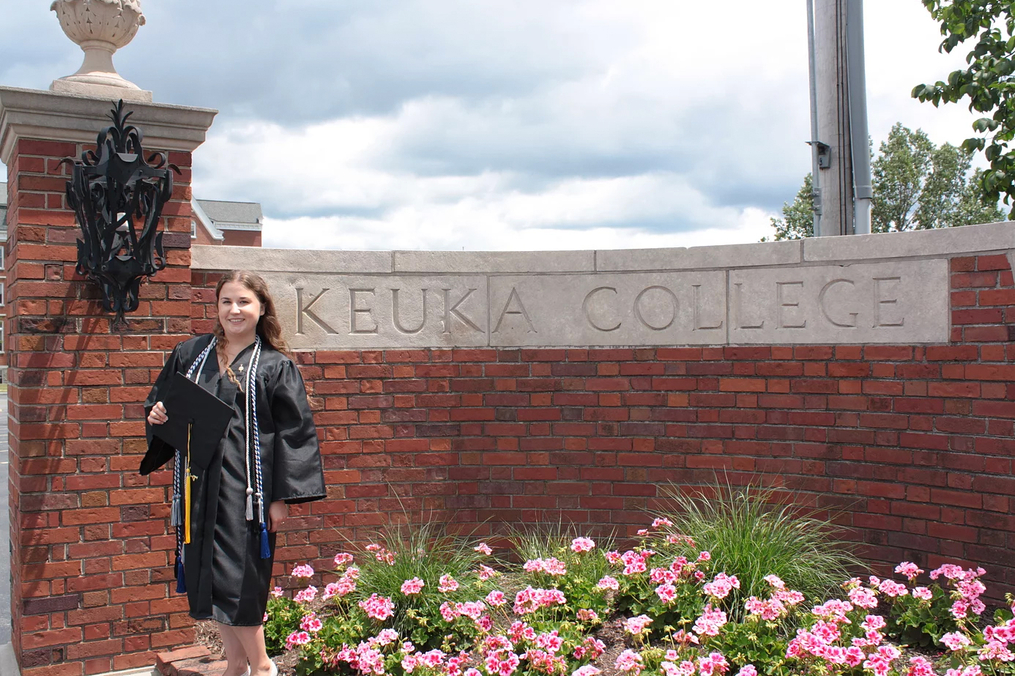 Madalyn Robbins ’21 shows off her cap and gown at the entrance of Keuka College.

Following a serious brain illness when she was a young child, Keuka College alumna Madalyn “Maddie” Robbins ’21 was repeatedly hospitalized before even entering kindergarten. As an adult, she still needs to see her doctor regularly. Having that first-hand sense of the sights, sounds, and emotions of being in a hospital as a child has driven Maddie’s desire to work with children.

“There is definitely something to be said about personal experience, outside of any classroom or place of employment, that gives a person a distinct perspective,” says Maddie, who had follow-up surgery when she was 11. “I did not know it at the time, but these are the experiences that have led me to my passion.”

The Child and Family Studies major added to those experiences through Keuka College’s Field Period® program, an annual, 140-hour real-world internship. She was so successful, she was named one of the College’s 2021 Upperclassman Field Period® and Experiential Learners of the Year.

The award is given annually to three upper-class students in recognition of the College’s longstanding emphasis on experiential learning, and to celebrate individual achievements. 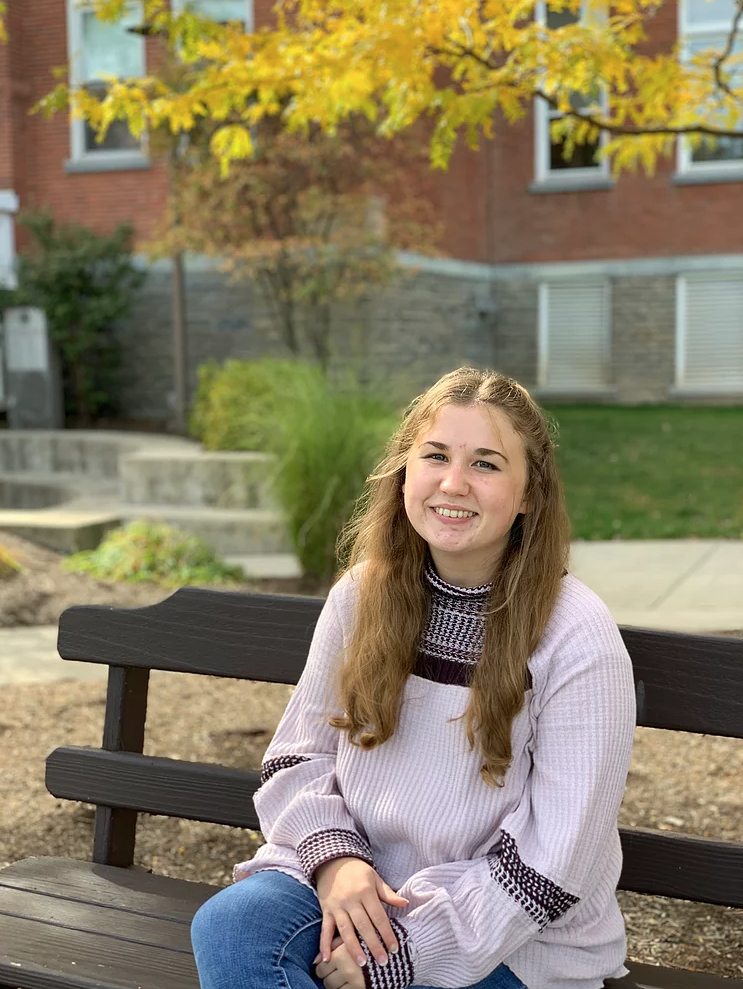 Maddie Robbins graduated from Keuka College with a degree in Child and Family Studies.

From working with preschoolers to College freshmen as part of her Field Period® internships, Maddie enhanced her communication skills through dynamic observation and hands-on participation. She assisted with arts and crafts; led activities to improve cognitive, social, emotional, and fine motor skills; and helped with schoolwork.

Maddie was also able to spend time with staff in a therapeutic foster care department, where she especially enjoyed helping care for a girl with cerebral palsy.

“After spending several hours with her, I realized how truly happy she is,” says Maddie, who helped feed and entertain the girl. “She is surrounded by those who love and take care of her. She doesn’t want or need anything else, and I realized that I could learn something from her.”

Maddie believes her Field Period® internships have provided more than just experience to bring to her future career.

Field Period® as a whole allows us to grow personally, professionally, and spiritually. Having Field Period® opportunities in different settings, including foster care programs, daycares, and schools, and looking at them through an educational lens has allowed me to better understand and apply skills learned in courses to the real world. 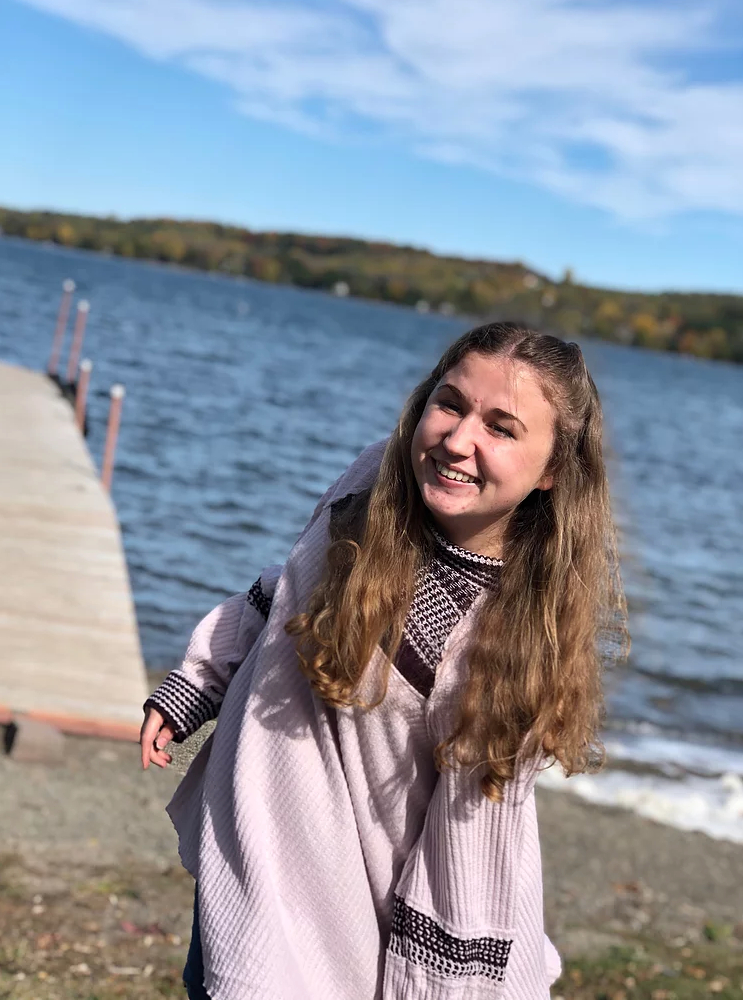 Maddie says her Field Period® placements not only provided the experience necessary to bring her career plans into focus, but they also helped her put the theory she learned in the classroom into practice.

She plans to leverage those skills as a Child Life Specialist, a pediatric health care professional who works with children and families to help them cope with the challenges of hospitalization, illness, and disability.

“You’ll be hard-pressed to find a student who has been more creative in their unique documentation of their Field Period® experiences,” says Associate Professor of Child & Family Studies and Associate Professor of Psychology Dr. Nicholas Koberstein, who nominated Maddie for the award. “Maddie has created custom-bound scrapbooks, postcards, and, most notably, an awesome video about her Field Period® experiences. Maddie just gets it, in a way that few students have ever been able to.”