Marianne Pedersen ’07 M’08 and her husband, Derek, pose with their three children. The couple is launching a custom-molded chocolate factory to provide the types of hands-on learning opportunities that Marianne benefitted from as a dyslexic student at Keuka College.

Keuka College’s commitment to hands-on learning made a big impression on Marianne Pedersen ’07 M’08 when she arrived on campus as a sophomore transfer student in 2004. The Occupational Science major and standout softball star was laboring under a disadvantage she didn’t even know she had: Dyslexia.

“Even in third grade, I wanted to have an autopsy on my brain,” she recalled from her home in Greer, South Carolina. “I was like, ‘something isn’t right!’”

The undiagnosed reading disorder dogged Marianne but with hard work and extra study – “people with dyslexia are very smart at compensating,” she said – she completed high school. After her first year at a large SUNY school, she switched majors and, as a result, colleges. It was a fortunate turn of events.

“Keuka was a great fit for me because of my dyslexia,” she said. “I’m actually curious if it would be a great school for other people with dyslexia – which is one in five – because it is such a hands-on learning school.”

She cited the College’s focus on experiential learning, the resource center where she would “take all my papers to have them be reviewed,” and the personalized attention from faculty as among the reasons she succeeded.

Now, 15 years and several OT positions later, she’s looking to emulate that experiential-learning support for people in her own community through a new company she and her husband, Derek, are launching.

With the coronavirus pandemic compelling Marianne to leave the workplace to homeschool the couple’s three children around the time the couple sold their previous company, they decided to combine forces on an effort that would be part business/part community-impact project.

Derek uses his engineering skills and a laser cutter to create molds for the bean-to-bar chocolate products, which are gaining popularity among a growing corporate clientele. 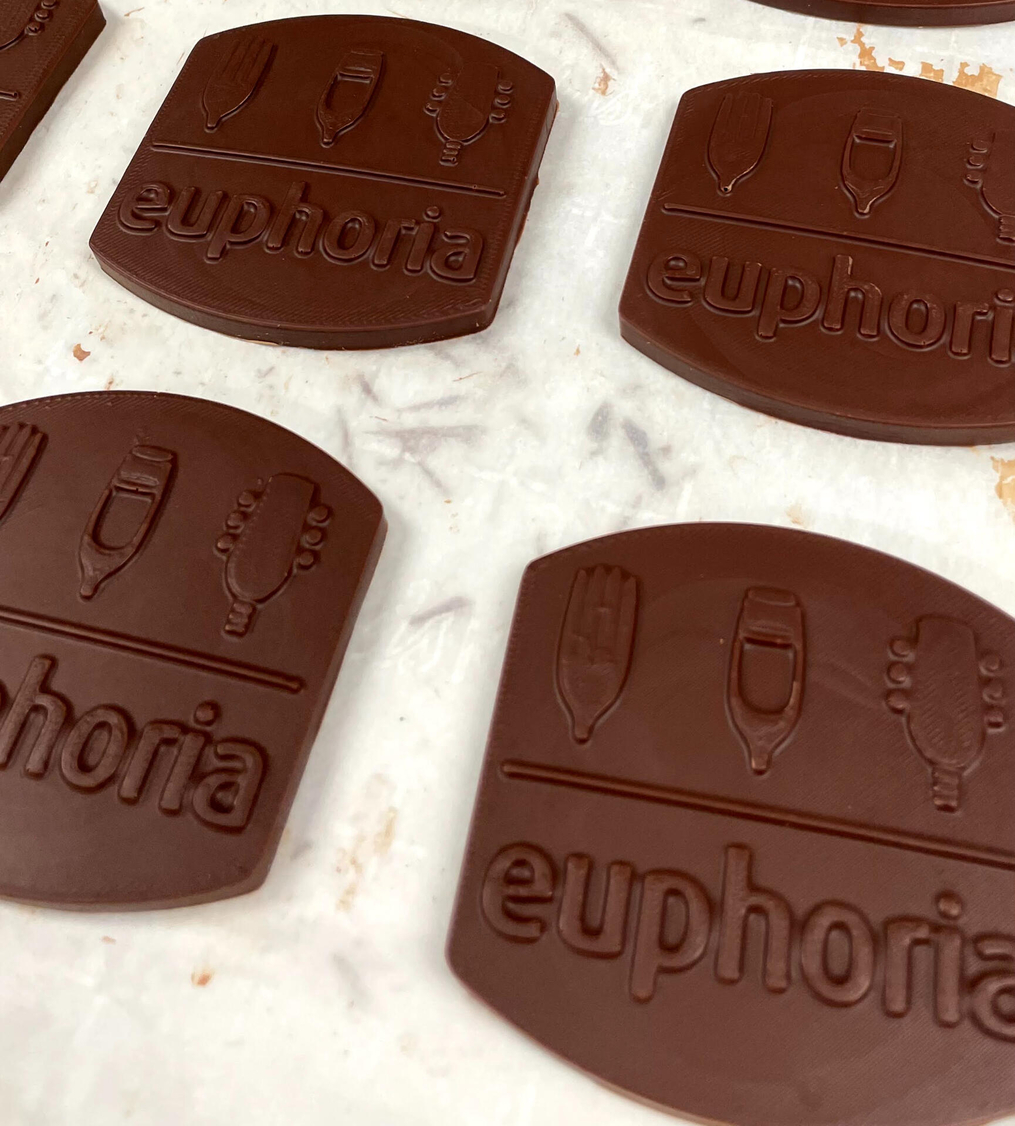 An example of the bean-to-bar products created by Kontur Custom Chocolate. Marianne said the Dutch spelling of the word “contour” commemorates her husband’s heritage while symbolizing the couple’s hope for their business: “We’re shaping chocolate but we’re hoping to shape lives, as well.”

“Businesses really like having their logos on different things,” said Marianne. “And chocolate is a great way to show appreciation to your employees or to customers. So, we’ve had lots of business-type tradeshows – churches having logos for different events. It’s been a neat thing.”

It’s also been a cramped thing. While the Pedersens work with an architect and contractor to renovate an existing structure to house their fledgling factory, they’ve been running operations out of their home. Once they get the business off-site, Marianne said, they can proceed to the community-impact stage.

“My husband engineered the whole process to be able to create jobs,” Marianne said. “Most people would try to figure out a way not to have to pay for people to do as many jobs, but we intentionally want it to be a simple process that would facilitate creating more jobs.”

Among the potential opportunities: Working with the cocoa beans to winnow and pour the chocolate, designing and creating packaging, apprentice and after-school factory work, mold-making, customer service, and social media managing.

Among those who would benefit: clients of the Mozaic program for adults with special needs, the local refugee community, the region’s Fostering Great Ideas program for teens who have aged out of foster care, members of area churches, and “people that might need a second chance or just need skills that they don’t have,” said Marianne. 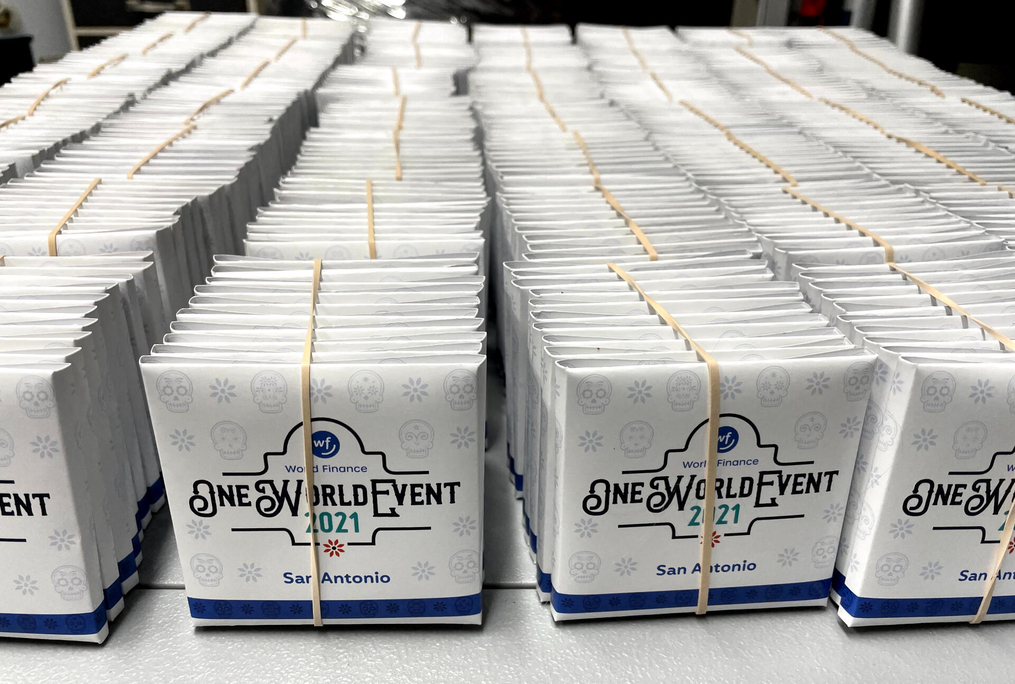 Among the jobs the Pedersens’ company will create are packaging and shipping their made-to-order chocolates.

“We want to shape chocolate to shape lives,” she added. “Once we have more space and it’s out of the house, it will be easier to have people come in.”

In the years between benefitting from Keuka College’s experiential learning model and replicating it in her own business, Marianne stayed active in her occupational therapy career. In fact, her experience as a pediatric OT at a hospital adopting a new system for managing electronic medical records led to the couple’s first company.

Frustrated by the unwieldy new data system, Marianne complained to her husband: “I said, ‘Honey, you can do this better.’”

It took a few years, but he did. The resulting system, Fusion Web Clinic, is now used in hundreds of pediatric clinics around the country.

Marianne, who has a sister who also graduated from Keuka College, has also maintained the College commitment to lifelong learning. It was while taking an OT course on dyslexia just a few years ago that she realized she had the disorder – and it gave her a newfound appreciation for her alma mater.

“I didn’t know I was dyslexic when I was at Keuka but I just absolutely loved how much I enjoyed learning,” Marianne said. “Not just through Field Period but even the curriculum they had in our OT programs.”

She now hopes to bring that love of learning full circle. 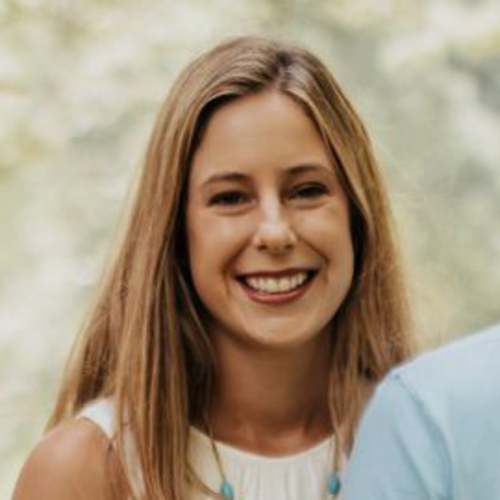 “I just think that idea of experiential learning is such a gift and it’s what we’re hoping to give back to the community. We want people to have opportunities to be able to experience meaningful, enjoyable work and to see that self-efficacy – which is a word I learned at Keuka – that ‘I can’ feeling, and to help people of all different walks to be able to find where they’re gifted.”

Want to learn more about experiential learning at Keuka College?