Dr. Christopher Leahy discusses his recent biography, "President without a Party: The Life of John Tyler." 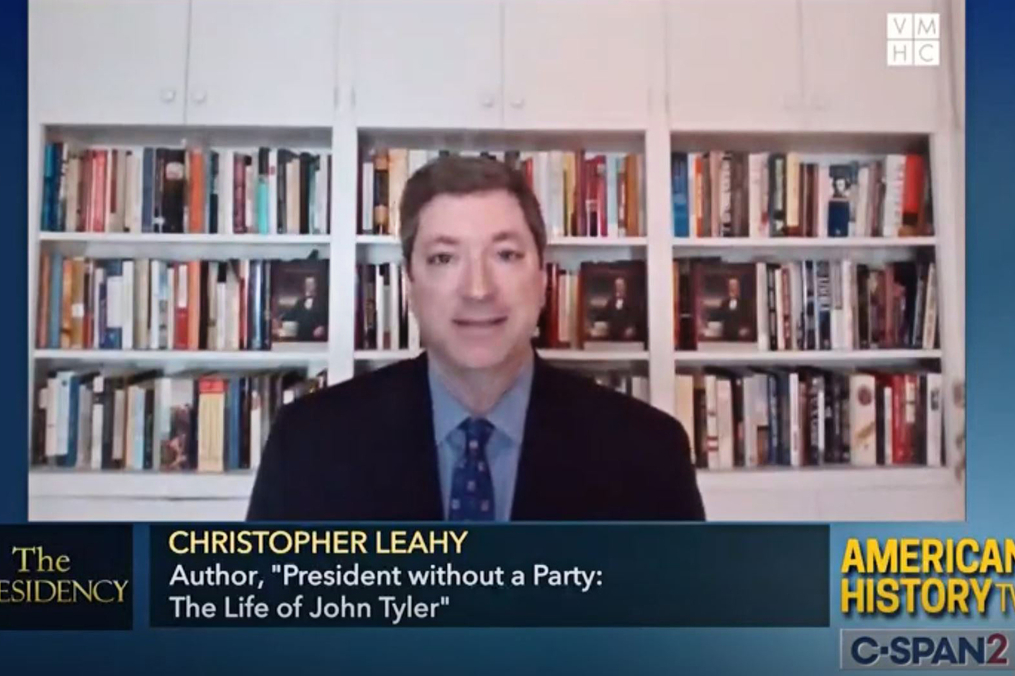 Keuka College Professor of History Dr. Christopher C. Leahy’s biography of President John Tyler, “President without a Party: The Life of John Tyler,” has been on bookshelves for well over a year now, but this fall it reached a whole new audience – via national television.

Dr. Leahy delivered a 50-minute online presentation on Tyler that was broadcast last month as part of C-SPAN’s American HistoryTV series, “The Presidency.” The weekly presentations, which feature noted scholars, politicians, historians, past administration officials, and other experts, highlight “the politics, policies, and legacies of U.S. presidents and first ladies.”

“I originally made this presentation as a lecture before the Virginia Historical Society,” said Dr. Leahy, whose address on Virginia native Tyler was part of the historical society’s Banner Lecture Series. “They invite scholars who have done work or written books focused on Virginia history, or pertaining to Virginia, to present their work to a wider audience. Sometimes, C-SPAN picks up these particular lectures.”

This was one of those times.

“C-SPAN thought it was good enough and interesting enough to present nationally,” he said.

Dr. Leahy outlined the life and career of Tyler, the first vice president to succeed a president who died in office, and the first president to be kicked out of his own political party. And he brought classroom-tested visual aids.

“I do have slides to accompany the lecture,” he said as his presentation got underway, “which always makes my students at Keuka College very happy to find out.”

Dr. Leahy focused on what he describes as Tyler’s “overweening political ambition.”

“At first glance, you can say all politicians are ambitious to some extent,” said Dr. Leahy. “But the best way to look at John Tyler’s career … is to understand his ambition started very early.”

Dr. Leahy recounted how Tyler was groomed for the political stage by his father, John Tyler Sr., known as Judge Tyler. The elder Tyler, himself an elected official before serving on the bench, “instilled a belief in the virtue of public service” in his son. By the time the future president had entered the preparatory division of the College of William and Mary at age 12, said Dr. Leahy, “he fully expected that politics would be his calling.” 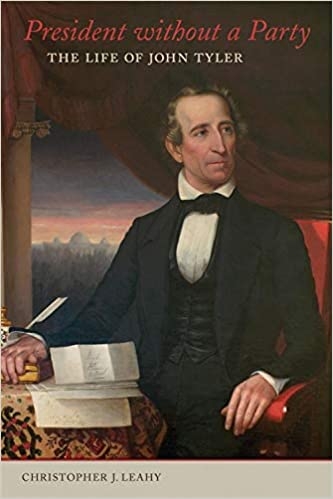 The lens of ambition allowed Dr. Leahy to explore Tyler’s personal as well as his political life, examining the toll being away from home for eight or nine months of the year had on Tyler’s first wife and children. “It had a serious effect on all of his interpersonal relationships,” Dr. Leahy said.

In providing this well-rounded portrait of Tyler, Dr. Leahy followed the advice Virginia Historical Society officials offered as he prepared his presentation: “Make it scholarly without making it too academic.”

While Dr. Leahy says online presentations “are not as satisfying as talking before a live audience,” he acknowledges they help generate exposure for his book during a time when in-person appearances have been yet another casualty of the coronavirus pandemic.

“I did notice that in the week after C-SPAN first ran the program that sales have increased,” he said.

Next up for the scholar/educator: A biography of Tyler’s wife, Julia Tyler, jointly authored with his wife, Sharon Williams Leahy. It’s expected to be published in late 2022 or early 2023.