The USDA-Rural Development loan will be used to purchase Keuka Commons, generating substantial savings for the College. 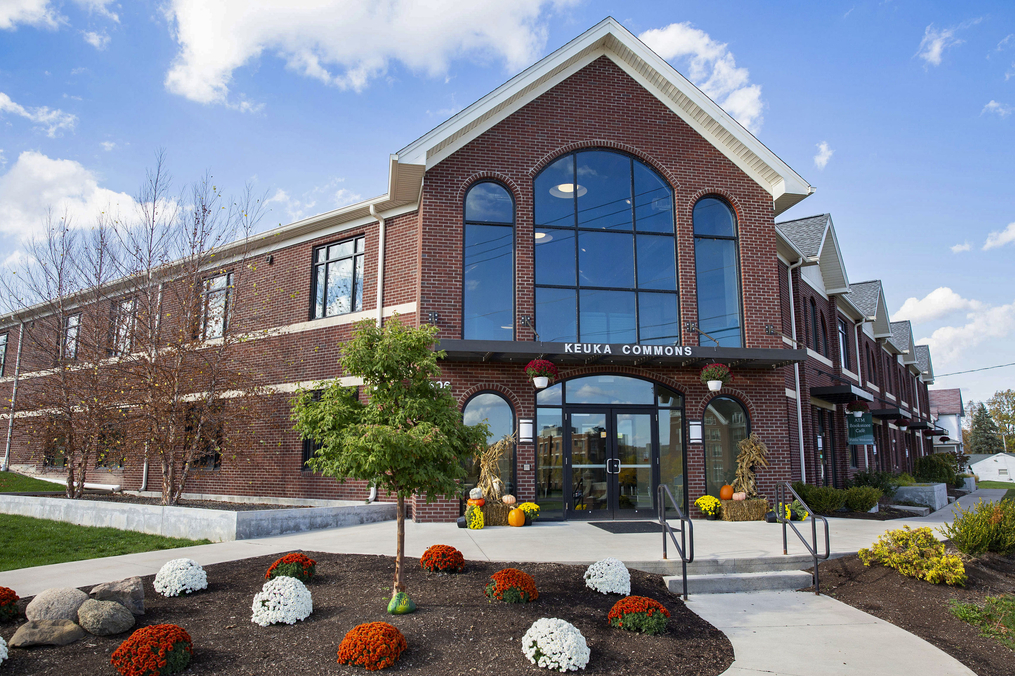 Keuka College will use the bulk of a newly approved USDA loan to purchase Keuka Commons, which it has leased since its opening in 2016.

Keuka College has received some long-awaited good news: after an exhaustive review of the College’s financial stability, the U.S. Department of Agriculture has approved a Rural Development Community Facilities loan to the College worth upwards of $11 million.

The approval, which caps a two-plus-year application process, comes with a Letter of Conditions requiring the College to meet a number of obligations before the loan is issued.

“This welcome news could not come at a better time,” said College President Amy Storey. “The pandemic has created all kinds of new challenges for our region. The College has done its best to meet those challenges and this loan will help us continue on that path. The more favorable interest rates provided through this federal loan will save the College more than $20 million over the next 30 years.”

President Storey said the funds will be used to purchase Keuka Commons, the 28,000-square-foot multipurpose complex on the corner of Assembly and Central Avenues. The College now leases the building, which opened in 2016 and houses the College’s bookstore, health and wellness center, classroom space, offices, the Wolf Den Café, and other facilities.

She added that a portion of the loan would also be used to retire two smaller debts, realizing additional interest savings.

The loan will not close until the College meets dozens of required conditions, said Robert Baumet, the College’s vice president for Finance and Administration.

“There are 35 conditions, some of which have multiple categories,” he said, citing the requirement to issue revenue bonds to insure the loan as one example. He said he foresees no difficulties in meeting the conditions, a process he estimates will take months. “The College will likely have the loan in hand by the fall,” Vice President Baumet predicted.

Landing a loan this big is no small feat. The College began the process in late 2018 and navigated a lengthy approval process with Department of Agriculture officials in New York and Washington, D.C. Numerous supporting documents, financial statements, and institutional responses were required.

“We were confident that we made a solid and persuasive case,” said President Storey, who lauded Vice President Baumet and College Controller Phil Catalano for their efforts in overseeing the application process. “We were hoping for a quick turn-around when we filed the initial application in late 2018. However, more than two years later, the financial flexibility this loan will provide to Keuka College is still both timely and beneficial.”