‘Keuka College set her up for a long and fulfilled life’ 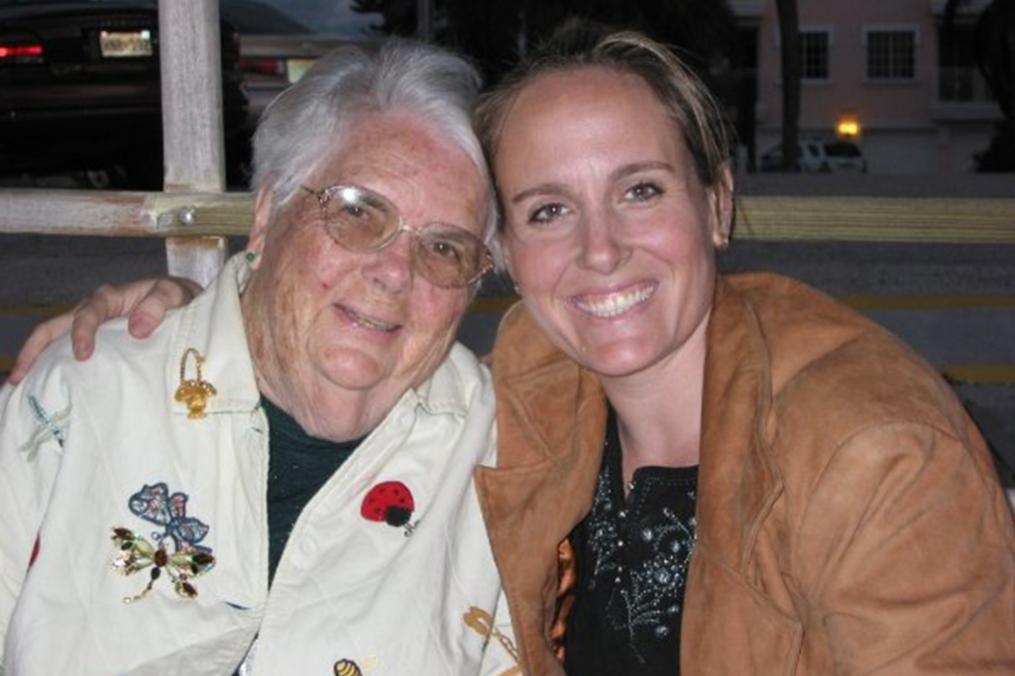 Marie “Bee” Del Papa ’41 poses with her granddaughter, Page Chen. Page's daughter -- Marie's great-granddaughter -- Lindsey Chen learned about the importance of college from her "Grandma Bee" as she explores her own educational future.

When I was younger, all I knew about my great-grandmother, “Grandma Bee,” is that she was a middle school math teacher who now spends her time sleeping, taking walks around the cul-de-sac, or reading at Bible study.

I did learn more about her as I grew older, like how she allegedly knew Santa or said she dated Thomas Jefferson. But it wasn’t until the stress of applying for college set in during my junior year of high school that I decided to ask Grandma Bee what she did when she was in my position. That is when I was handed a stack of dusty, decades-old yearbooks from her time at Keuka College and the stories began.

The more questions I asked, the more I got out of my grandma. You could see her face light up every time she would remember a story that she hadn’t told in forever. What I found was that when she was young, she went by Marie, short for Lena Marie. But she was the oldest of five children, and her younger siblings couldn’t pronounce Marie, so the nickname “Bee” has stuck ever since. (Her full name is Marie “Bee” Del Papa, though during her College days she was Lena Marie Rogers.)

Grandma Bee was always a good student and was lucky to be able to attend college as a female in the 1930s. Back then, Keuka College was an all-girls school, and she was in the Class of 1941. She told me stories about doing a ribbon dance at the Spring Festival with her roommate, an exchange student from China. She told me stories about lettering in rowing and why she hasn’t eaten lamb since college (she said it was because that is the only thing she recalls them serving in the school dining hall). Her eyes twinkled when she talked about meeting the love of her life, Louis Del Papa, at the College’s Valentine’s dance.

I was amazed to learn that after her time at Keuka College, with her degree in chemistry, she worked as a bomb munitions expert during World War II. I loved knowing more about how she was given a chance at higher education that not many women were given at the time, and how she took full advantage of it.

As I flipped through those dusty old yearbooks and heard about her time at Keuka College, I came to realize something about my own future: No matter where I end up next fall, I will find my place and my people.

My 99-year-old great grandmother went to college and met the love of her life and her oldest friend. She graduated with a major in chemistry and went on to serve her country. Keuka College set her up for a long and fulfilled life, and that is all anyone really wants in a college.

EDITOR’S NOTE: Lindsey Jane Chen, 17, is a high school senior at Brookstone School in Columbus, Georgia. She will graduate on May 19 – one day after her great-grandmother Marie “Bee” Del Papa’s 100th birthday. Lindsey has not yet decided which college to attend in the fall but Keuka College is under consideration.