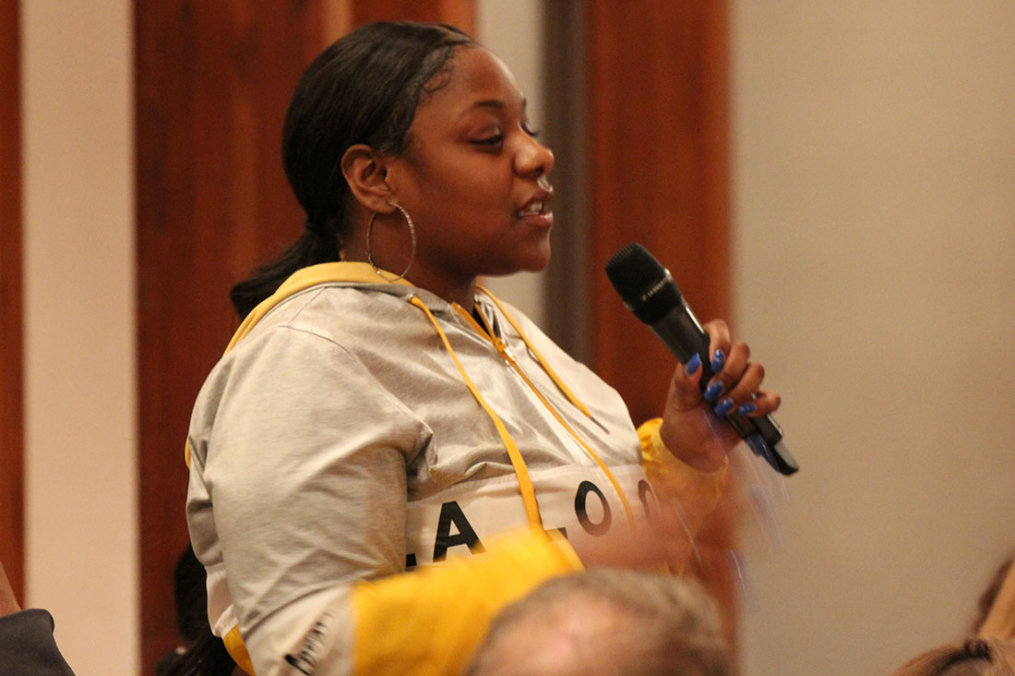 A student asks a question during the post-production Q & A session.

The word “defamation” means “the action of damaging the good reputation of someone; slander or libel.”

Students at Keuka College got an up-close look at the meaning of that word recently at a production of “The Defamation Experience,” a theatrical presentation of a courtroom drama. The performance explores issues of race, class, religion, gender, and the law.

In a unique, interactive twist, the audience played the role of the jury and, ultimately, decided the outcome of the case.

“‘The Defamation Experience’ allowed students, faculty, staff, trustees, and community members the opportunity to openly engage in a conversation about inclusivity,” says Jamyra Young, associate director of the Office of Intercultural Affairs.

During the production, a civil suit is under examination, and involves an African-American businesswoman, a Jewish real estate developer, a business meeting, an accusation of theft, and a separate accusation of defamation of character. This unique stage performance was created to spark meaningful dialogue about perspectives, prejudice, and privilege that can influence and impact our interactions.

Immediately following the trial, a discussion was held as an opportunity for safe, open, honest, and meaningful conversations about race, class, religion, gender, and the law.

“During the deliberation, students were eager to share their reasoning for a ‘guilty’ or ‘not-guilty’ verdict, and were confident in voicing their opinions during the discussion,” says Jamyra. “Many students explained why conversations around diversity and inclusion are important, and I look forward to continuing to engage in courageous conversations with all of our students.”

“The Defamation Experience” was created and written by award-winning playwright Todd Logan, and premiered in November 2010. Since then it has been seen by more than 75,000 people and performed more than 400 times at venues including colleges, universities, law schools, bar associations and legal organization, and diversity conferences. 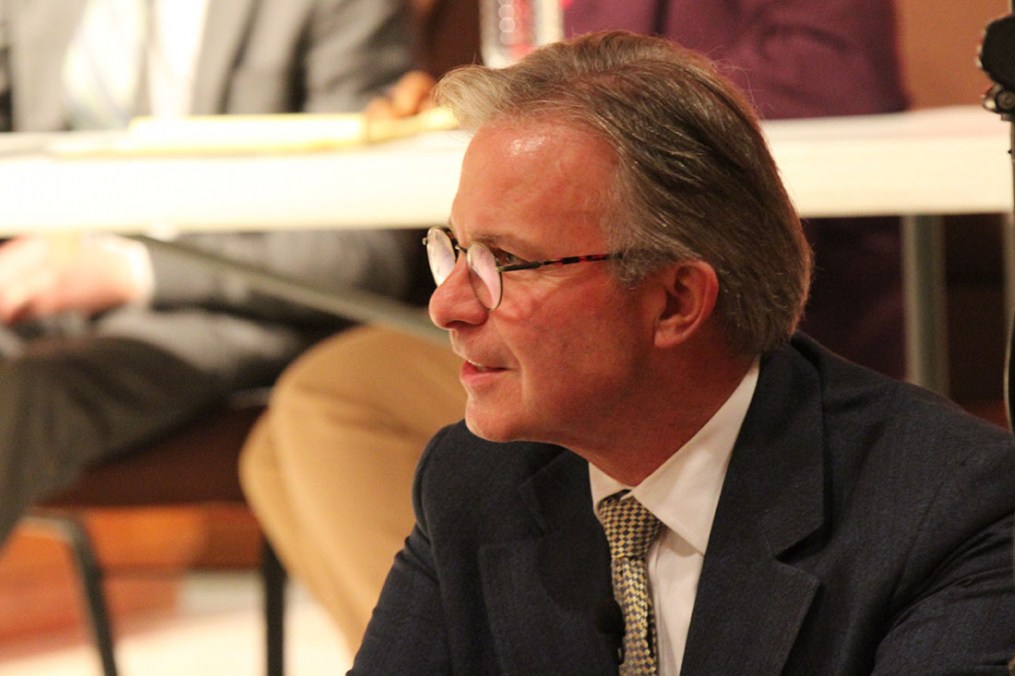 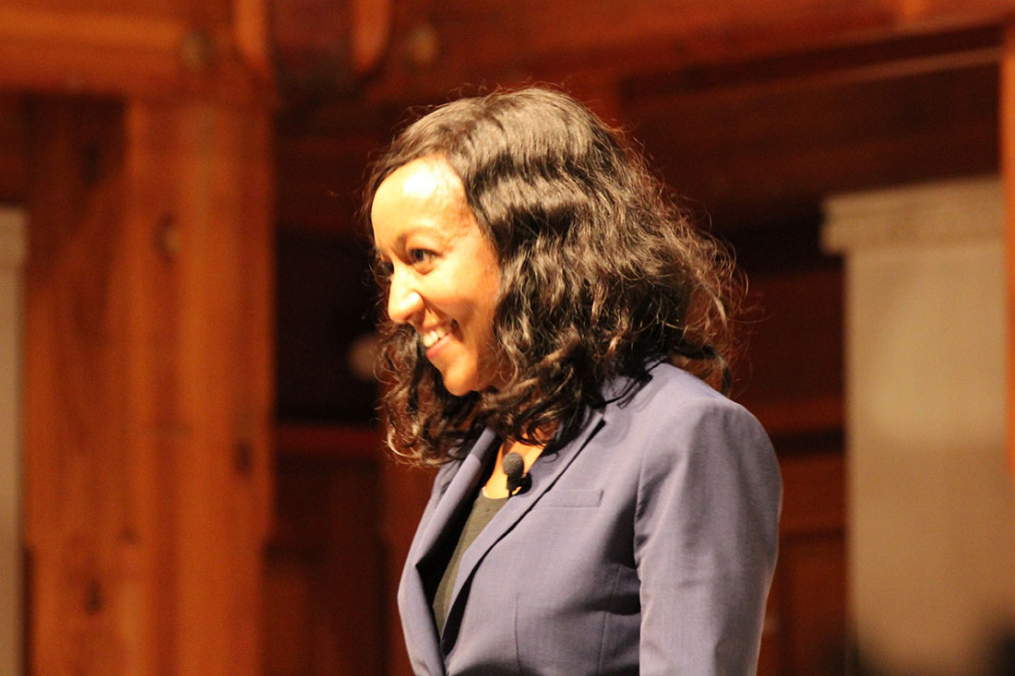 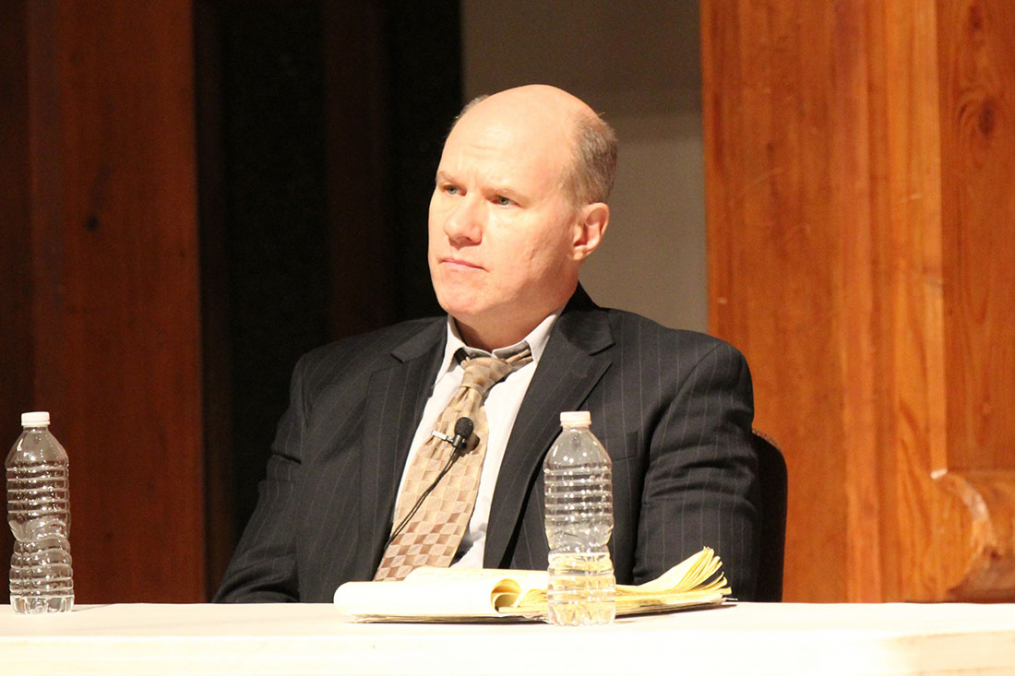 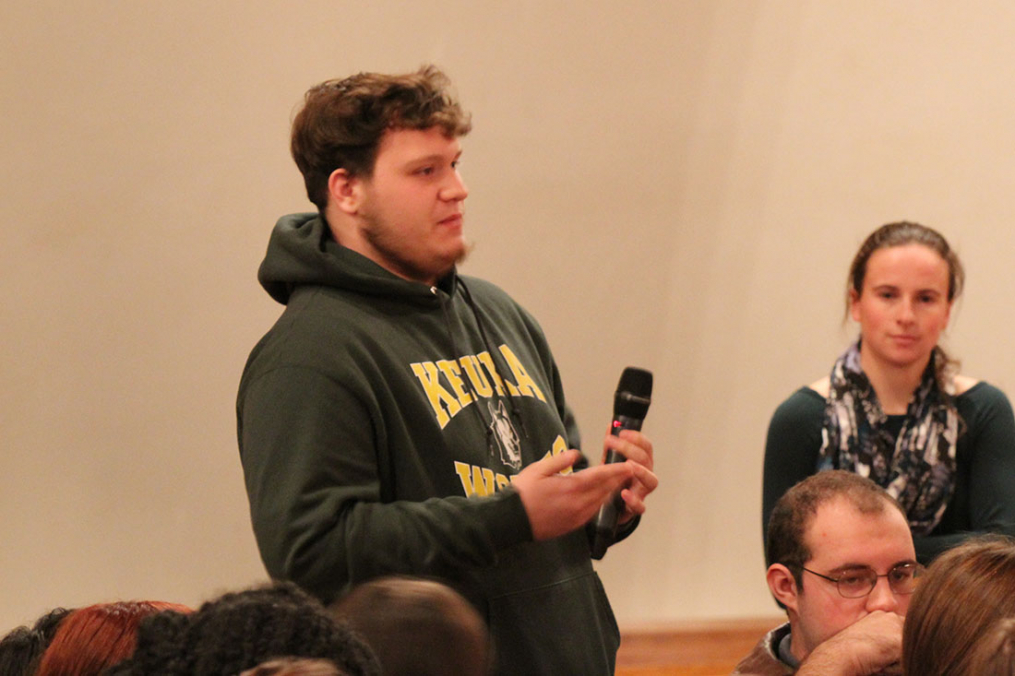 A student asks a question during the Q&A session following the performance. 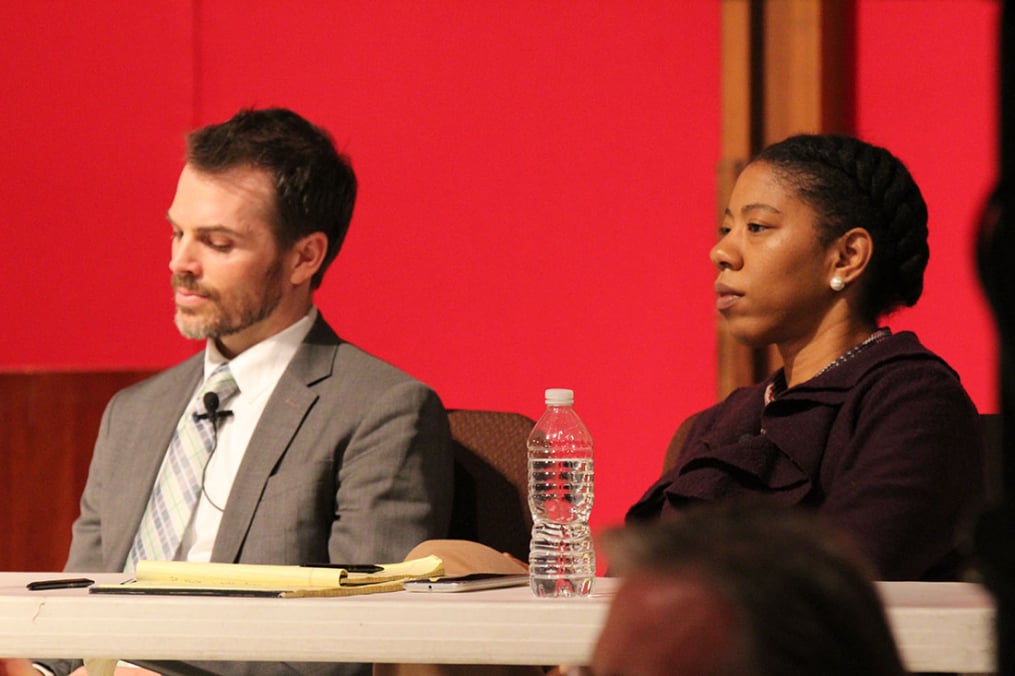