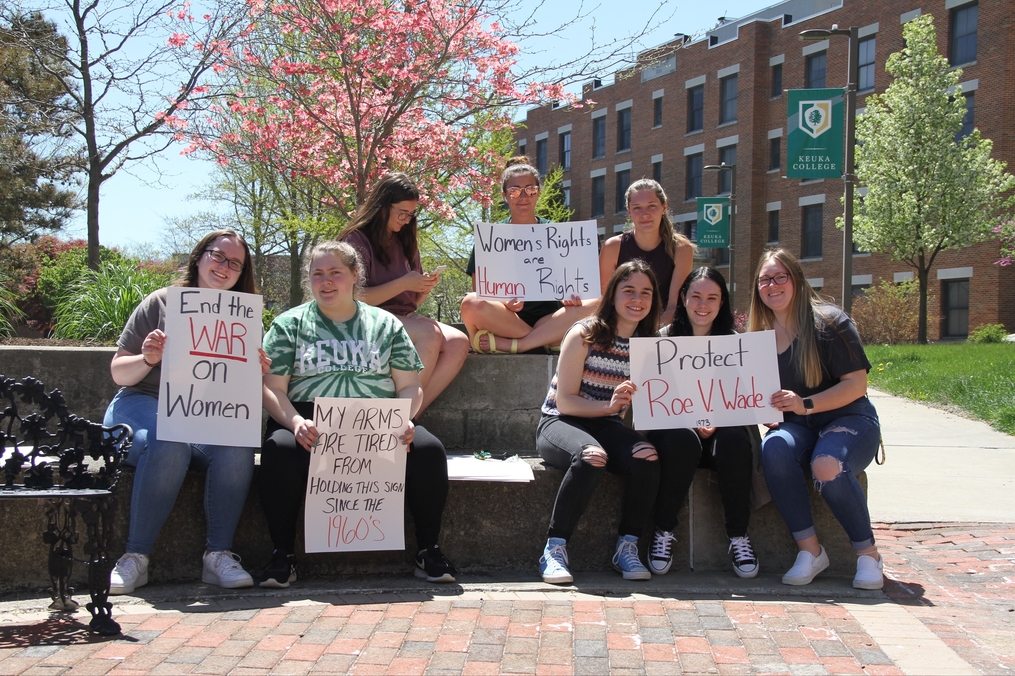 Students gathered with their signs in the Burke Plaza outside of Ball Hall prior to circling campus in a display of support for women's rights.

At Keuka College, students are encouraged to express their views regardless of their position on given issues. A wide airing of diverse viewpoints promotes scholarly debate and aligns with the College’s mission of educating engaged citizens and future leaders. 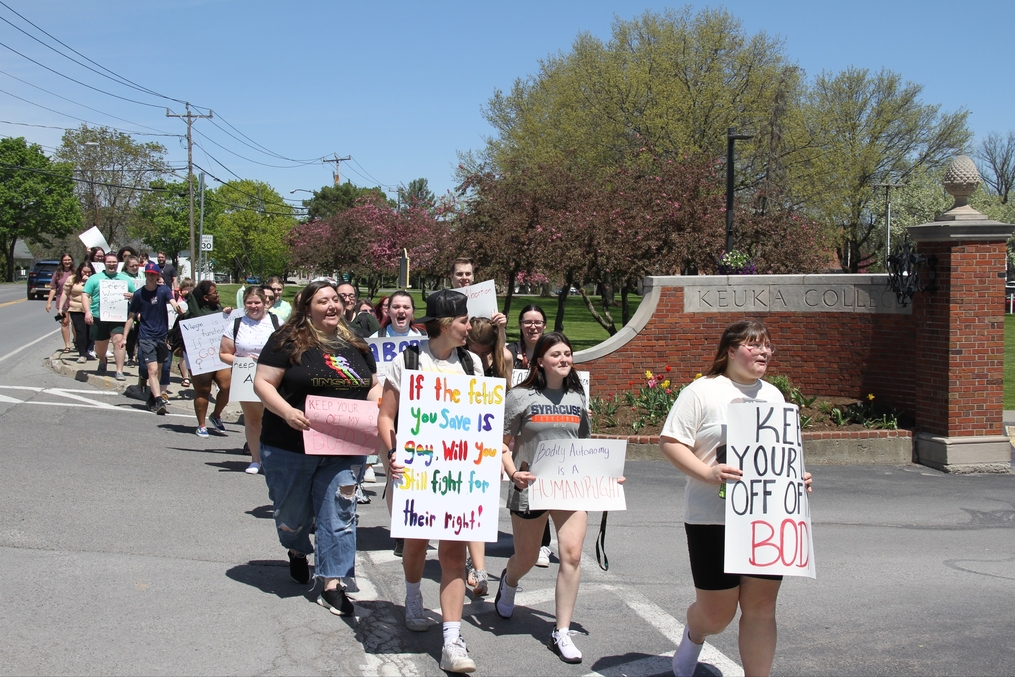 Students file past the entrance to the Keuka College campus along Central Avenue.

That spirit was evident on Tuesday, May 10, when some 40 Keuka College students held a peaceful demonstration on campus to voice their opposition to the Supreme Court’s potential decision to overturn the landmark 1973 Roe v. Wade decision legalizing abortion in the United States. Students gathered with signs opposing the draft decision – “Women’s Rights are Human Rights,” “Defend Women’s Right to Choose” – before circling the campus to share their sentiments, following the student-organized rally.

Keuka College is proud of its socially conscious, politically active students and their willingness to openly express their views and ideas.