President without a Party: The Life of John Tyler is the first comprehensive look at the nation’s 10th president to be published in decades. 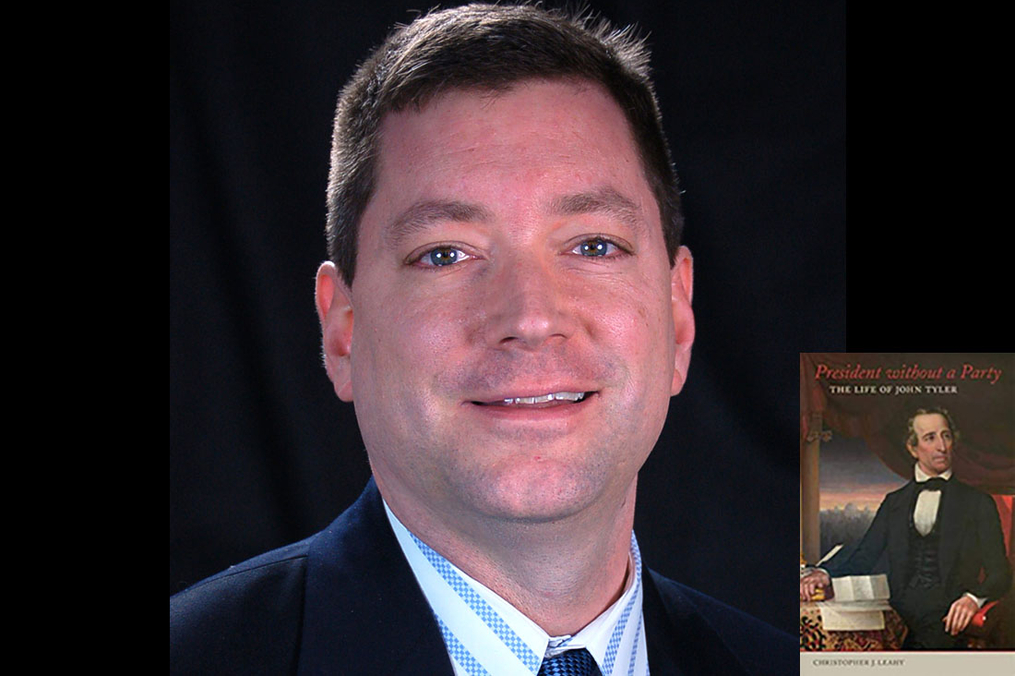 Dr. Christopher Leahy has published the first the first full­-scale biography of President John Tyler in more than 50 years.

In what the Wall Street Journal calls the “most comprehensive [John] Tyler biography in 80 years,” Dr. Leahy’s book, President Without a Party: The Life of John Tyler, profiles a leader that historians have long viewed as one of the nation’s least effective heads of state. It’s the first full­-scale biography of Tyler in more than 50 years, and the first new academic study of him in eight decades.

“I wanted to focus my attention on a president most people knew nothing about,” says Dr. Leahy, whose interest in President Tyler began as the subject of his doctoral dissertation. “There had been no full-scale biography devoted solely to John Tyler since 1939, so I thought a fresh look at his life and career was warranted.”

As president, Tyler used his constitutionally sanctioned veto power to stymie the agenda of his own party–the Whigs–in Congress, and frustrate the ambitions of its leader, Kentucky Sen. Henry Clay. The party responded by expelling him.

As a political historian, Dr. Leahy has always been interested in the dynamics of the two-party system, and by how that system both energizes and constrains presidents. That led him to the larger thematic question of what it meant to be a president who had been excommunicated by his party. No other president in American history has ever been banished by the party to which he belonged.

Dr. Leahy also became fascinated by how a former president of the United States, one whose father—whom President Tyler idolized—had played a small role in creating the Union during the American Revolution, could have turned against the country he once led, and formally ally himself with the government of the Confederacy.

“I wanted to know how President Tyler’s banishment from the Whig ranks affected him personally,” says Dr. Leahy, “how it impacted his agenda, how exactly it affected his chances to win election in his own right, and what all of this had to say about the importance of political parties to presidential politics in the mid-nineteenth century.”

As the Wall Street Journal observed, “with publication of this deeply researched, gracefully written reappraisal, the man without a party continues to defy traditional standards of presidential performance. As Christopher J. Leahy demonstrates, one needn’t be a successful president to be judged a consequential one.”

Dr. Leahy, who began teaching at Keuka College in August 2007, earned his bachelor’s degree from Washington and Jefferson College, his master’s degree from Virginia Tech, and his Ph.D. from Louisiana State University. Dr. Leahy and his wife, Sharon, have also contributed to several books regarding John and his second wife, Julia Tyler.

You can find President Without a Party: The Life of John Tyler here.