Keuka College’s Dr. Deb Dyer Challenges the Class of 2024 to Start from the Beginning

The 2019-20 Professor of the Year says the simple but foundational lessons of kindergarten made her who she is today. 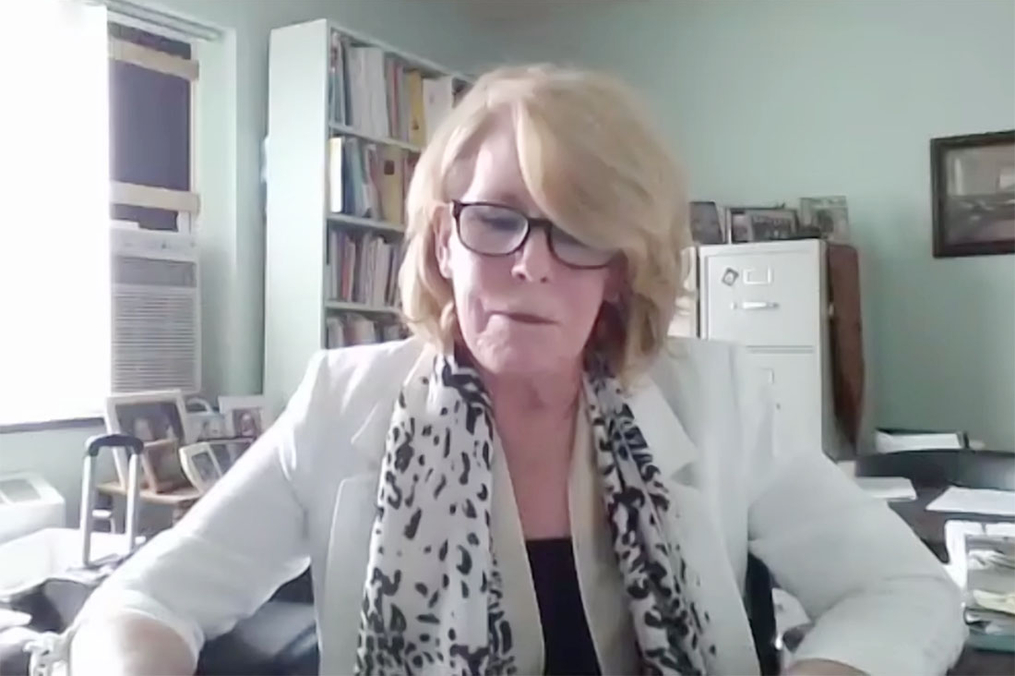 Dr. Debra Dyer delivered the Professor of the Year speech to an audience of more than 240 during a virtual lecture Sept. 29.

Keuka College 2019-20 Professor of the Year Dr. Debra Dyer reached back to offer some advice to the College’s Class of ’24. Wayyy back! All the way to kindergarten.

In fact, in delivering her Professor of the Year Lecture on Tuesday, Dr. Dyer took part of the title of her speech from the well-known short essay “All I Really Need to Know I Learned in Kindergarten” by Robert Fulghum.

“‘All I Really Need to Know I Learned in Kindergarten’… and at Keuka College,” said Dr. Dyer, who read the essay to an audience of more than 240 as part of her online presentation. “Long before Keuka College became one of the most significant influences in my life, kindergarten played a prominent role in shaping me into the person and professional I am today.”

This speech is traditionally a highlight of the College’s Academic Convocation, but as Convocation itself was held remotely this year, it was decided to feature Dr. Dyer’s remarks as a first-of-its-kind stand-alone event.

During her remarks, the veteran professor of education challenged students to remember the foundational lessons they learned in kindergarten and apply them to their College years, and beyond.

Indeed, she said the lessons she learned in kindergarten were so prominent, she stayed for 23 years—one year as a student, and 22 as a kindergarten teacher in the Union Endicott School District. She taught fifth and sixth grade in the district for 10 years before spending one year as a visiting instructor at Binghamton University, then joining Keuka College in 2006.

“Little did I know that my education would not be complete until the lessons of kindergarten were applied to the wonderful 14 years of teaching experience here at Keuka College,” said Dr. Dyer. “As Keukonians, we are called to apply the lessons we learned in kindergarten—share, clean up the messes we make, live a balanced life, hold hands as we venture out into the world, and look critically at the world around us to identify ways we can help improve the lives of others.”

For Dr. Dyer, another important lesson from Mr. Fulghum is to “look.”

“‘Look,’ and being mindful of the world around us, was a very important concept in kindergarten,” said Dr. Dyer. “‘Look’ took on a new meaning when I came to Keuka College. The Education curriculum requires that we ‘look’ at children’s development, and we provide the opportunity and the provocation to ‘look’ deeply beneath the surface of schools, families, and society as a whole.”

And Dr. Dyer is certain that a Keuka College education calls its students to do just that. Because one of the most gratifying parts of her 14 years at Keuka College is to “watch nervous, uncertain first-year students come into the Educational Studies Division and, in four years, be transformed into confident, knowledgeable, critically thinking and highly qualified educators, prepared to be the leaders and change-agents in our world. And I know this transformation is taking place across all the Divisions here at Keuka College.

“Whether your major is Social Work, History, Psychology, Criminal Justice, Education, Nursing, Occupational Therapy, or any of the myriad of majors here at Keuka College, you will be well-prepared to go into the world and make a difference,” Dr. Dyer continued. “A Keuka College education compels us all to change our world for the better, one person at a time, one encounter at a time, and one day at a time.”

Dr. Dyer is an active Early Childhood Education advocate and scholar who has attended many professional conferences, both as a participant and presenter, and has served as a consultant for a Rochester-area school district as it worked to re-imagine its early childhood curriculum. She is also the author of “An Introduction to Early Childhood Education: An Interactive Text,” now in its second edition. The textbook is used at Keuka College and in colleges and universities across the country.

Keuka College’s Professor of the Year Award has been awarded each year since 1987 by members of the faculty, and recognizes outstanding excellence in teaching.