The event was held on campus for the first time since 2019. 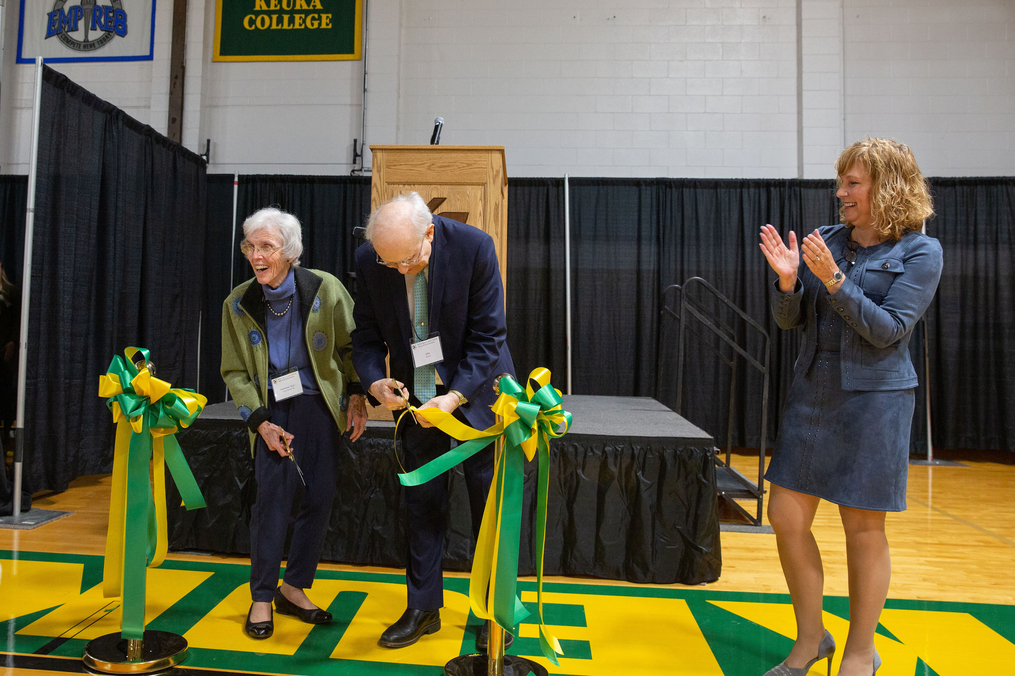 Keuka College President Amy Storey, right, applauds as Trustee Emerita Dr. Katherene “Kay” Meisch '58 and her husband, John Meisch, cut a ceremonial ribbon dedicating the renovated locker rooms in the RAC during the College's Alumni & Athletics Hall of Fame Ceremony. The dinner was one of the highlights of the College's Green & Gold Celebration Weekend, Sept. 23-25.

Keuka College’s Green & Gold Celebration Weekend, held Sept. 23-25, offered three days to commemorate the past, celebrate the present, and focus on the future of an institution bound by academic success and hands-on, real-world experience. The event was held on campus for the first time in three years.

Filled with celebrations, connections, awards, athletic contests, and faculty presentations, the weekend offered plenty of homecoming spirit and excitement. The weekend also incorporated many events that had been canceled because of the pandemic, including the inauguration of College President Amy Storey, originally planned for spring 2020. 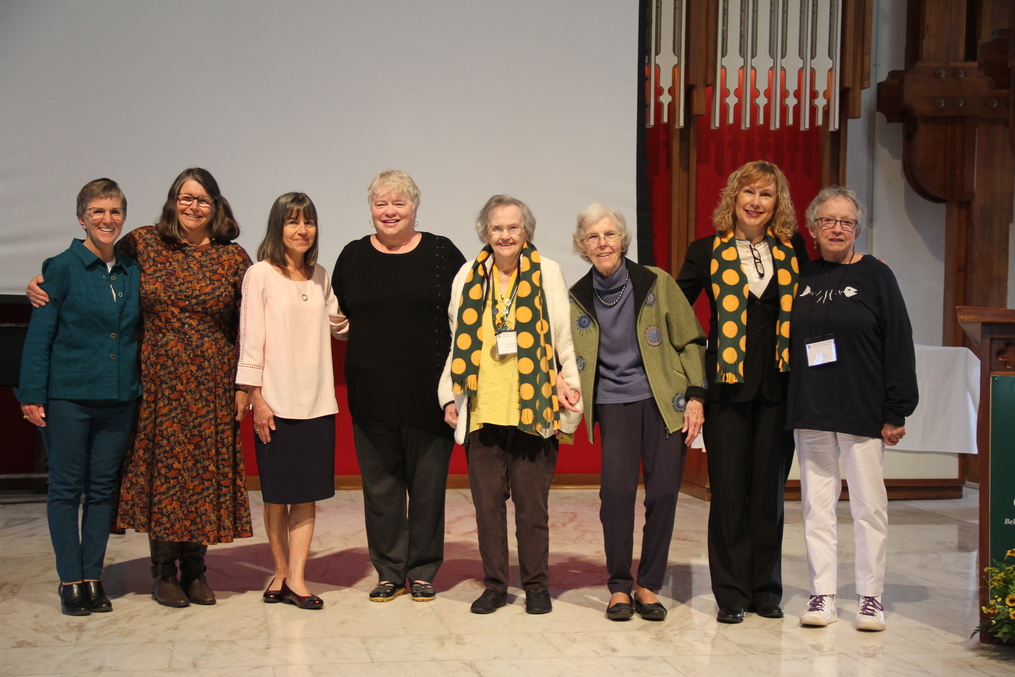 While declining a formal inauguration ceremony, President Storey shared her reflections of the past few years and her vision for the College’s future during a Saturday-evening gala dinner. She also cited some of the College’s recent successes, including purchasing Keuka Commons and the successful completion of the College’s $30 million capital campaign. 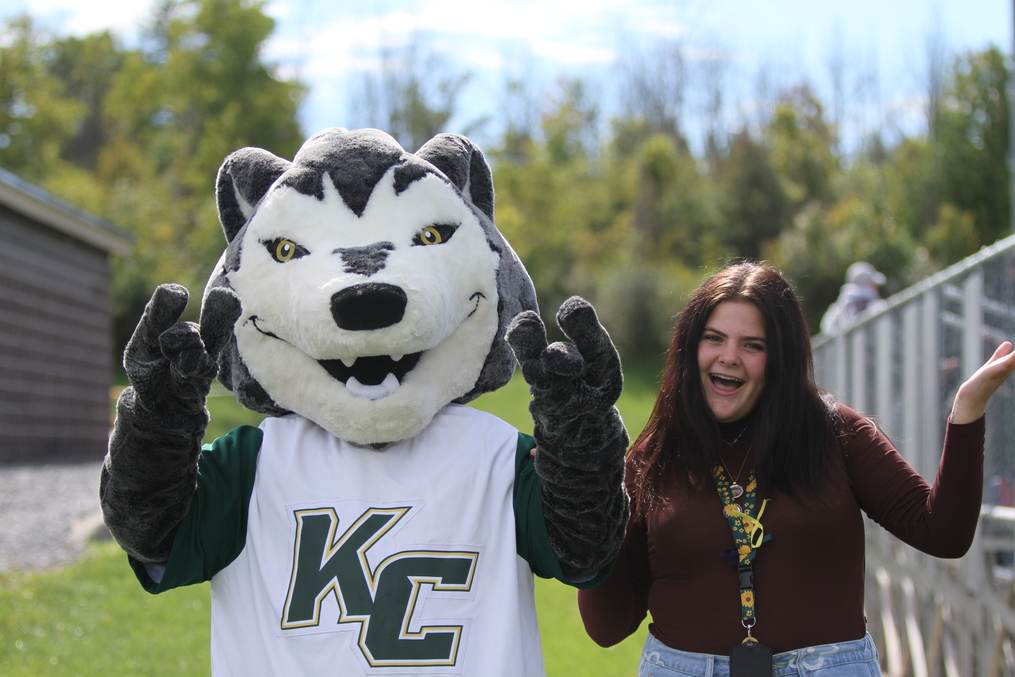 Keuka College mascot Kacey made the rounds throughout the weekend.

“I intend to do everything I can during my time at Keuka College to do as my mother taught me and ‘leave this beautiful place better than I found it,’” she told a crowd of some 150 College alumni, students, families, and staffers.

“At its best, higher education provides students with light in every direction so that they can find the best path for themselves. That illumination is priceless and I am willing to give a great deal to ensure that the light provided by Keuka College never goes out.”

-Celebration of the newest class of Pathfinders, the Class of 1972. Each Pathfinder, someone who graduated 50 or more years ago, received a commemorative medallion.

-Formal induction of the 2022 Class into the Dr. Arthur F. Kirk, Jr. Athletics Hall of Fame:

-Bestowal of the Rob Smets Heart of a Champion Award to Dylan Richards ’22, President Burke, and President Storey for demonstrating the type of determination and perseverance associated with its namesake, bullfighter Smets. 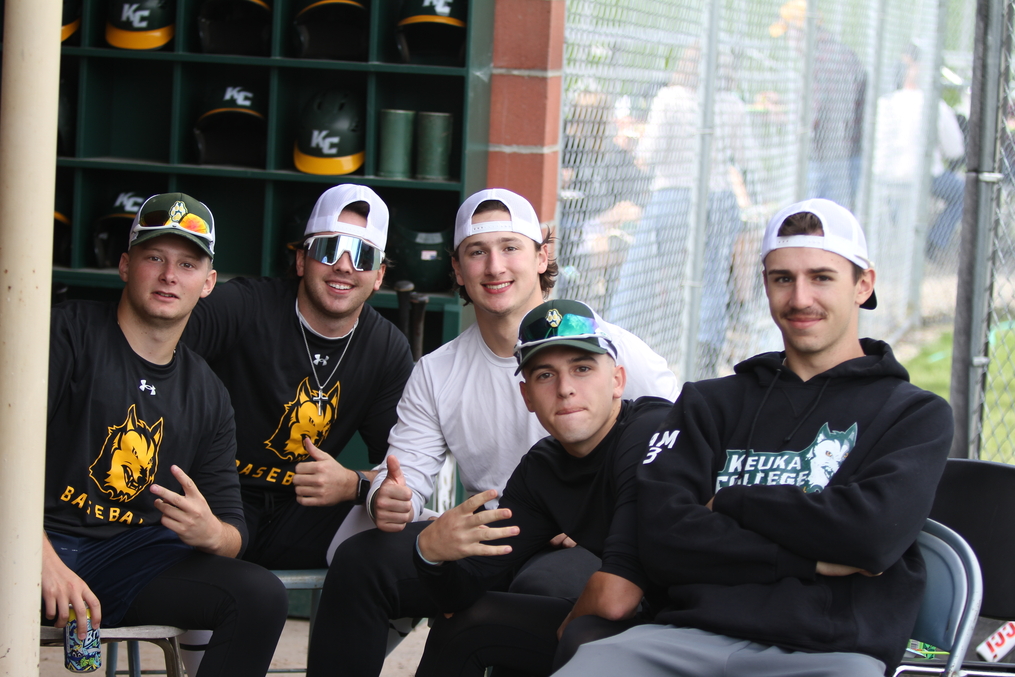 Keuka College student-athletes gathered for a ceremony to dedicate a new bat and helmet storage unit donated in memory of Anthony Mattie ’06.

-Ribbon-cutting ceremonies for the renovation of the JMW Recreation and Athletics Center locker rooms and the Hawkins Lounge. In addition, a ceremony was held in dedication of a new bat and helmet storage unit donated in memory of Anthony Mattie ’06.