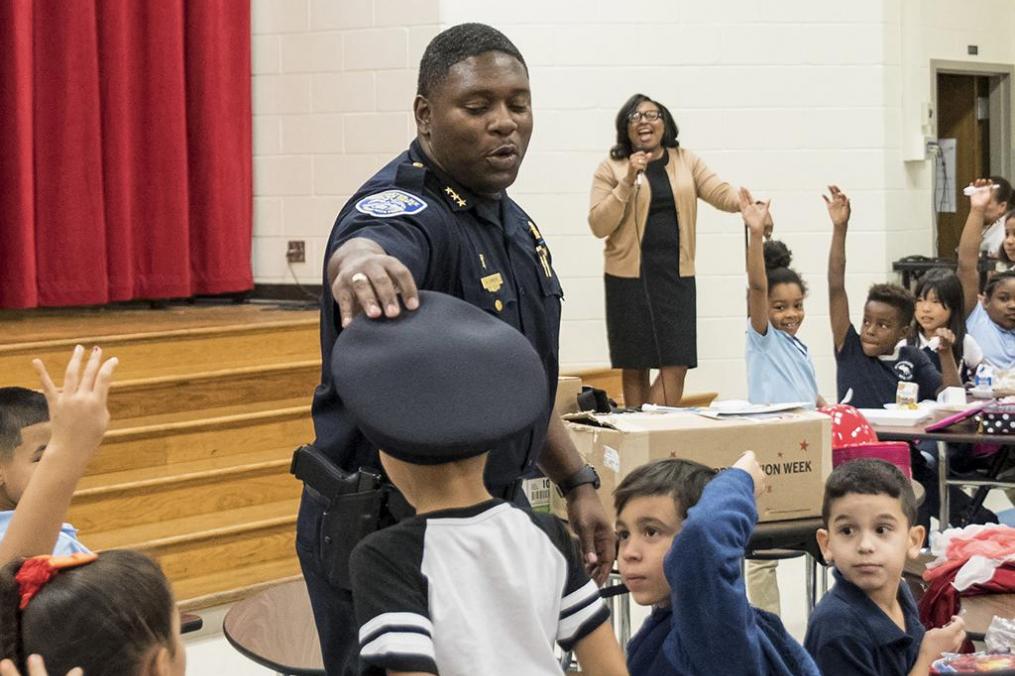 Mark Simmons ’10 M’15 has been appointed Interim Rochester Police Chief by city Mayor Lovely Warren. He will succeed Michael Ciminelli, who has accepted a position with the U.S. Drug Enforcement Administration and will resign Sept. 15.

“Mark Simmons was born and raised in Rochester and is a respected member of the Rochester Police Department Command Staff,” said Mayor Warren, who served as Keuka College’s 110th Commencement speaker this past May. “I have great faith in Mark Simmons, and I know he will work to protect and serve the citizens of Rochester and ensure the safety of the Rochester police officers.”

Simmons, a 16-year veteran of the city police department, has served as the department's Deputy Chief of the Administrative Bureau since October 2016. He called the promotion to police chief “a great honor and privilege.”

“The opportunity to lead the men and women of the Rochester Police Department while also serving the citizens of my hometown is a dream come true,” said the 38-year-old lawman.

While there will be a nationwide search, Mayor Warren has strongly encouraged Deputy Chief Simmons to apply for the permanent position, according to a City of Rochester press release announcing the transition.

In a 2017 interview with his alma mater, Deputy Chief Simmons credited Keuka College’s master’s degree program in Criminal Justice Administration with positioning him for his current role with the RPD.

“The College’s CJA program definitely helped me in my job as an administrator,” he says. “It gave me the opportunity to look at different processes within law enforcement–the opportunity to expand my knowledge in finding those win-win situations.”

According to the city, Deputy Chief Simmons has been a member of RPD since 2002. He has served as commanding officer of the Professional Standards Section and in various assignments, including the Organized Violence Reduction Team; the Tactical Unit; and as chief of staff to the chief of police.

He also served as coordinator of the RPD’s Reorganization Project and is a member of the National Organization of Black Law Enforcement Executives.