Madeline Ross ’78 was a public safety pioneer during her two decades as an Atlantic City police officer. 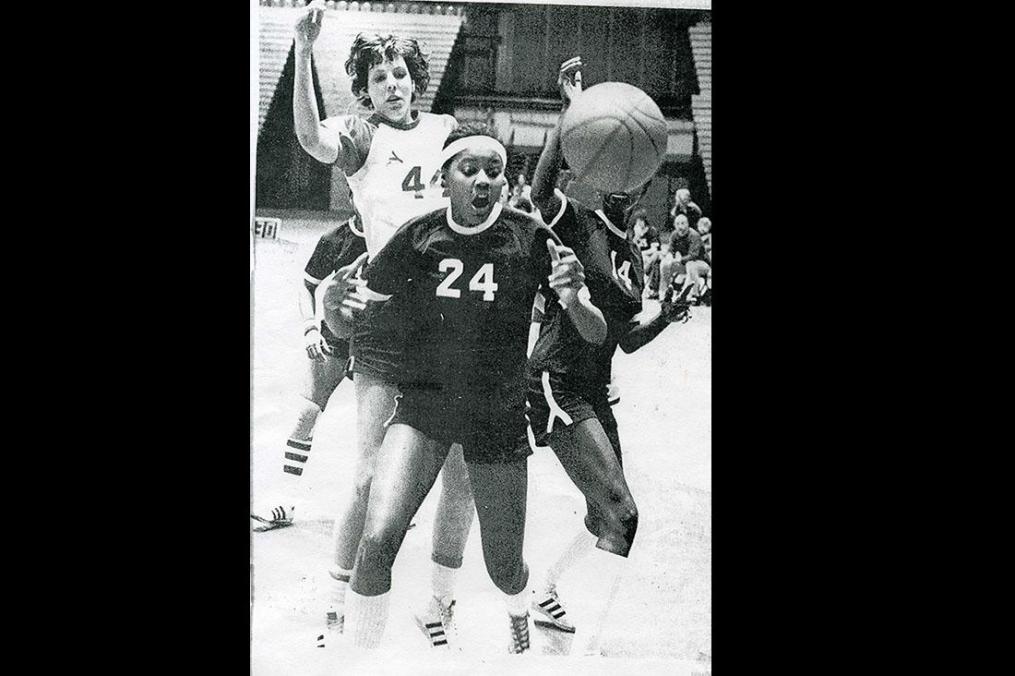 Madeline Ross '78 (No. 24) played basketball during her Keuka College career. She was inducted into the Dr. Arthur F. Kirk, Jr. Athletics Hall of Fame in 2006.

When you think about a career, does your dream job involve fighting crime, helping people get a second chance, or keeping your neighborhood safe? Would you go undercover, protect your mayor, or assist in juvenile investigations?

Or is hanging out with your canine companion all day seem more like your ultimate dream job?

Then take a page from Keuka College alumna Madeline Ross '78, who did all of the above. Madeline served as a member of Atlantic City's police force for more than two decades.

During her stint on the force, she kept tabs on the pulse of the city and followed the heartbeat of the streets to ensure its citizens were safe -- with a little help from her four-legged partner.

“They thought I would be a good candidate for the K9 unit, and it gave me elite status with the police,” she says.

She credits her Keuka College education for preparing her for all areas of police work she covered.

“Thinking quickly is a very important part of being a police officer, and the greatest prep I received at the College was the ability to think on my feet,” says Madeline, who earned a bachelor’s degree in philosophy and political science through a student-initiated major.

That academic flexibility remains a hallmark of Keuka College’s offerings. The Exploratory/Undecided program allows students to build a strong academic foundation while considering a specific major. And that major can be designed by students themselves.

Along with faculty support, our one-of-a-kind Field Period® internships, and a vast array of academic and extracurricular opportunities, you’ll be able to blaze your own pioneering path upon graduation.