With the aid of a $4,000 grant, the program aims to create student interfaith engagement facilitators. 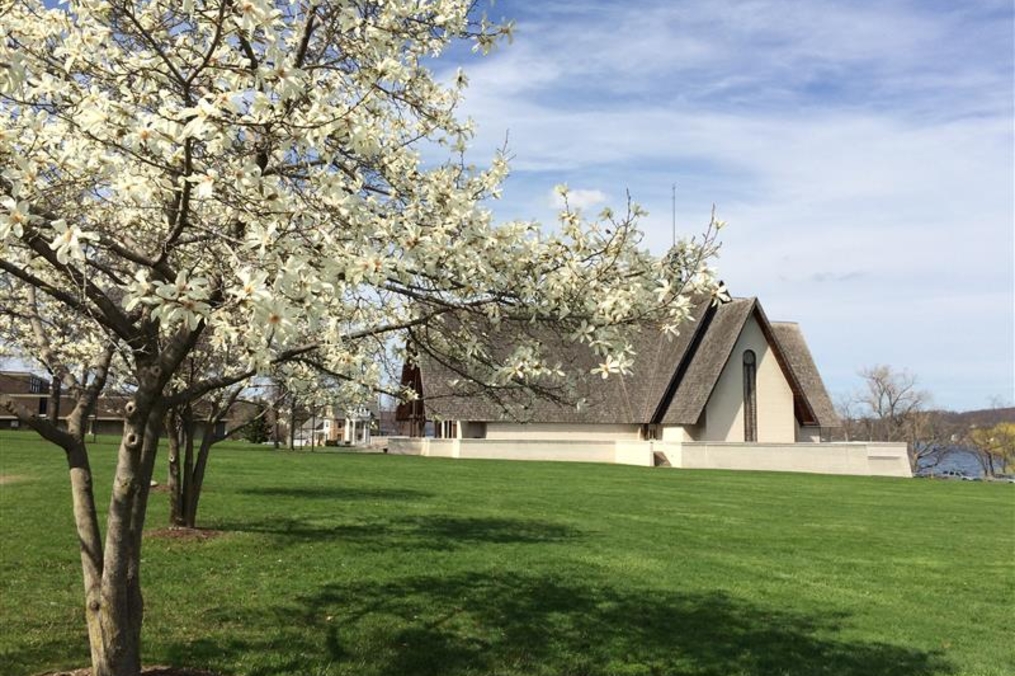 Keuka College launched a new initiative during the fall 2020 semester as a way to broaden its interfaith engagement efforts on campus.

With the assistance of a $4,000 from the Interfaith Youth Core (IFYC), the College will place student interfaith engagement facilitators throughout its residence halls. College Chaplain Eric Detar says the pilot program will help continue building an interfaith culture on the campus to support religious, secular, and spiritual identities.

“This is the second grant we’ve received from IFYC, so it is reflective of their commitment to the work we are doing,” says Chaplain Detar, who believes Keuka College is among the first in the nation to establish this type of program. “These leadership positions are providing our students with intentional, unique experiences that are not universally shared by other students at other institutions.”

The facilitators supported the residential experience on campus, expanded diverse programming within the residence halls, created connections among students with differing perspectives, and helped build an inclusive campus community that furthers diversity. They also participated in weekly meetings and interfaith leadership training, utilizing curriculum provided by the IFYC.

“I chose to be a facilitator because I’m interested in learning more about people’s religions, beliefs, and how other people view things,” says Ray, who uses they/them personal pronouns. “Over the summer, I was exploring my beliefs more, and being in this position, talking to other people about their religions and beliefs has made things clearer for me.”

Getting students to talk to each other and learning about interfaith experiences in their residence halls is what the program is really about, Ray believes.

“In my group, I had a few students really excited about the programs we would set up every week,” says Ray. “A couple of these students also said they really liked my programs because it allowed them to explore their beliefs and express themselves more freely than they usually would.”

“My hope is that all participants will discover things about their own beliefs, as well as the beliefs of others,” says Chaplain Detar. “Interfaith conversations don’t have to happen simply on a panel of religious leaders; they can happen around normal, everyday activities and experiences. My hope is that students will see value in building bridges with those who think differently from them.”

In fact, Chaplain Detar says students were actively participating in the facilitators’ weekly programming until the College moved to remote learning in mid-October. Out of the 11 programs that were offered, more than 100 students participated overall.

“I strongly believe in learning as much as you can, and expressing your beliefs and connecting with others in a friendly community is a great way to do that,” says Ray. “I think this is important for the College because not only is it a good learning experience, but you gain friendships and connect with other people that you might have never talked to before this program.”