The first-year goalie was named the Empire 8 Men’s Soccer Goalkeeper of the Year. 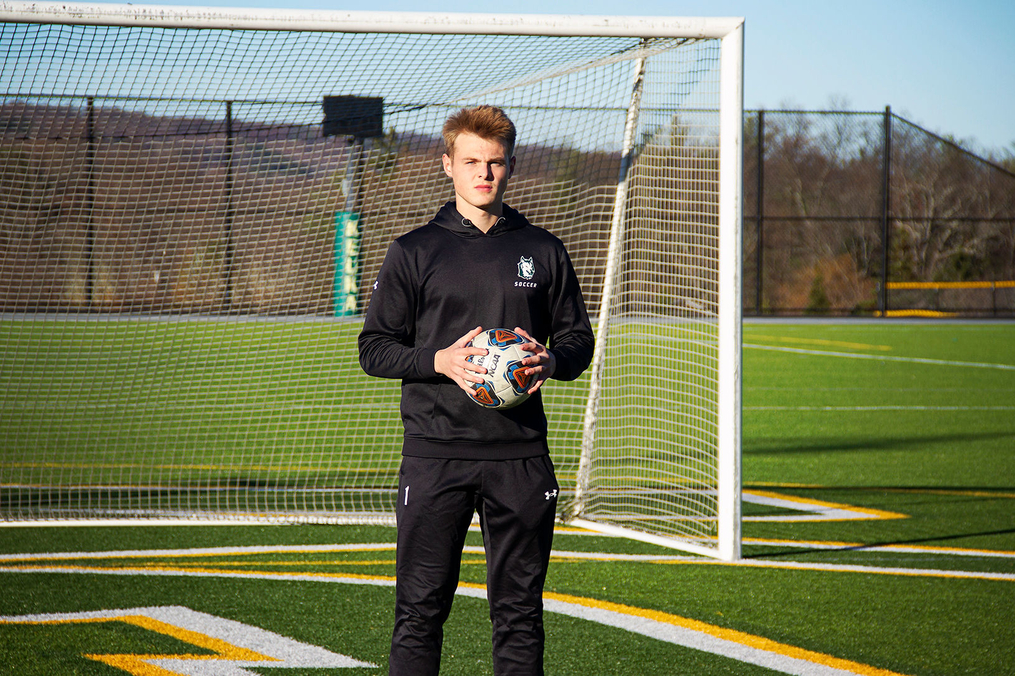 Carson Smith ’26 started off his athletic career at Keuka College with a bang – and a history-making performance. 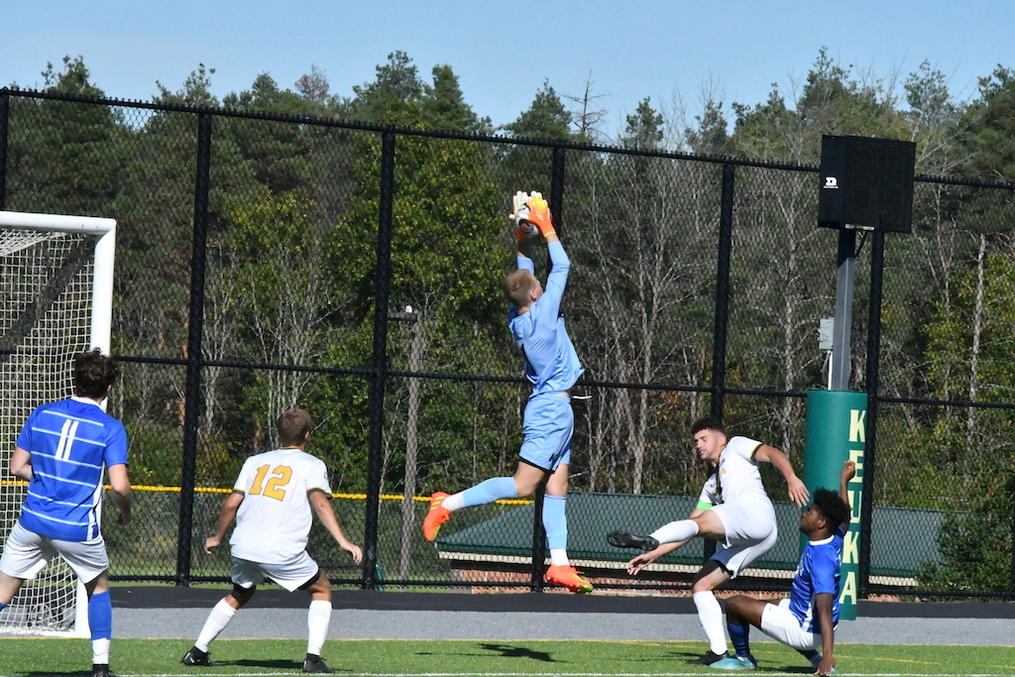 When it came to in-conference play, Carson averaged seven saves per game and stopped more than 85% of the shots that came his way.

Guarding the net for the men’s soccer team, the first-year student-athlete was named the Empire 8 Men’s Soccer Goalkeeper of the Year on Tuesday. Carson, who was also named First Team All-Conference, becomes the first Keuka College student-athlete to win an Empire 8 individual award in school history.

He joins Holly Reynolds ’19 from the 2018-19 women’s golf team as the only other Keuka College student-athlete to earn First Team All-Empire 8.

Carson shared the kudos with his teammates.

"I’m very humbled by this honor, but I couldn’t do it without the help from teammates and coaches – but most importantly, my fellow keeper and one of my closest friends, Cory Cangemi. Cory (Class of 2025) pushed me to be the best goalkeeper I could be and was my Number One supporter this year."

Carson had a big debut season for the Green and Gold, including shutouts against Nazareth College and eventual Empire 8 champion Medaille University. He posted a 1.58 goals-against average and an .809 save percentage, tenth best in program history.

Hailing from Horseheads, the Political Science/History major becomes the second player in the 33-year history of Keuka College men’s soccer to earn conference goalkeeping honors, along with Michael Meskill ’10 from the 2009 squad.

Also honored on Tuesday was defender Larry Kroon ’24, who was named Keuka College’s representative for Empire 8 Sportsman of the Year for Men’s Soccer.