Field Period® gave Ryan Mavretish ’20 the opportunity to expand upon the knowledge gained in the classroom. 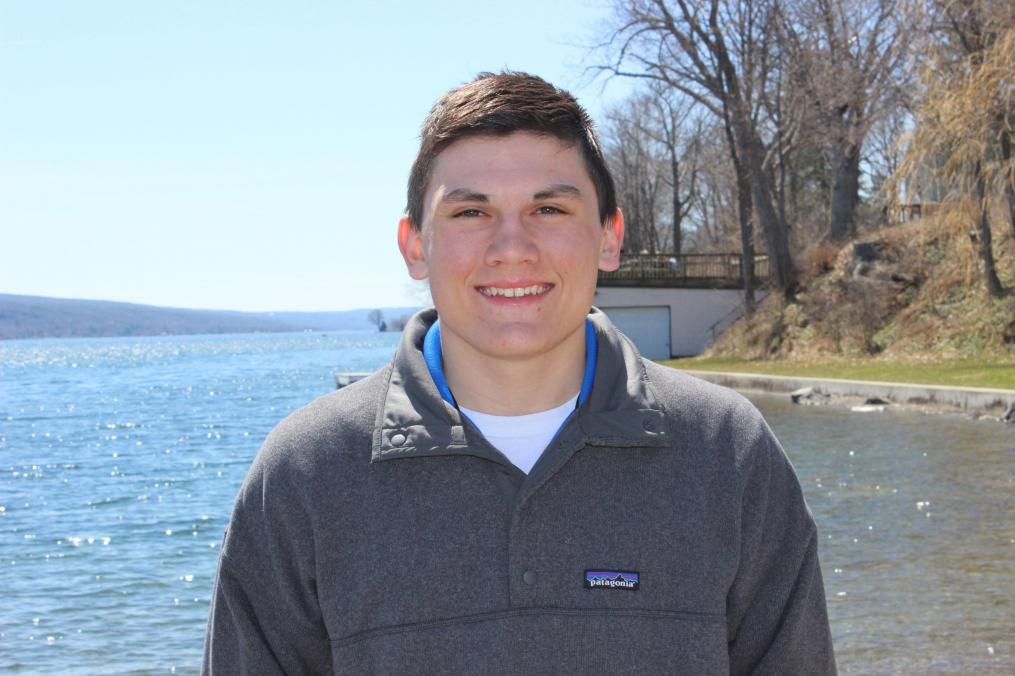 Ryan Mavretish, the 2018 Keuka College Student Employee of the Year

Field Period® experiences have given Ryan Mavretish ’20 the opportunity to expand upon the knowledge gained in the classroom and translate—and test—that knowledge in “real world” settings.

Connecting classroom knowledge with everyday skills is one reason Ryan received the College’s Upperclassman Experiential Learner of the Year Award. The award is given annually to two students—one freshman and one upperclassman—and recognizes the College’s longstanding emphasis on experiential learning while celebrating student achievement.

“Ryan entered Keuka College with excellent academic credentials and has continued his career of excellence in all of his academic work,” says Dr. Christopher Alterio, who nominated Ryan for the award. Dr. Alterio serves as chair and program director for the Division of Occupational Therapy, and assistant professor of occupational therapy.

“His efforts have not ended with classroom learning,” adds Dr. Alterio. “His performance in experiential environments exemplifies his commitment to engagement and excellence. … He has demonstrated exceptional ability to connect his classroom learning to his Field Period® participation.”

While Ryan’s participation in Field Period® grew over time, he admits that—particularly during his first Field Period®—he sometimes felt awkward and nervous that he might make a mistake or say something wrong.

“At first, I felt more like a passive observer and was not too involved,” he says of his first Field Period® experience, at The Centers at St. Camillus, a short-term rehabilitation center in Syracuse, N.Y. where he spent two weeks in January 2017.

But those nerves didn’t last long. Ryan observed a variety of activities and assisted when he could. His supervisor was another Keukonian, Joseph Pritchard ’15 M’16, who helped Ryan get a taste of how an entry-level OT works and operates.

“Most of the patients were older and loved to talk,” says Ryan. “We developed a strong rapport. During my time at St. Camillus, I was able to relate much of what we learned in our OCC 120 class to certain aspects of treatments. I can now apply things and events I saw during this Field Period® to concepts we’ve been learning in the classroom.”

Ryan built upon this experience during his second Field Period® at START Physical Therapy in Camills, N.Y. where he was able to compare physical therapy to occupational therapy. Ryan noticed that, like Joseph, Dr. Gabriel Briggs, Ryan’s supervisor at START, simply talked, and listened to, patients.

“This is something I did not know at the time, but now I realize that this strategy can be used to make the most of your therapy sessions with your clients, and make you a better therapist,” says Ryan, who spent two weeks at START in January 2017. “Gabe said that listening to a patient can put you well ahead of other therapists.”

For his his third Field Period® experience, Ryan traded the clinical setting for a classroom, and confirmed his career goals—he wants to work with children.

“I observed a speech pathologist at Stonehedge Elementary School,” says Ryan, who spent two weeks in January 2018 at the school in Camillus, N.Y. “I sat in on many speech sessions with kids, and had the opportunity to visit the occupational and physical therapy room, and observe many of the same kids during therapy sessions. I was even able to see a student complete both a speech evaluation and an occupational therapy evaluation, which I thought was an intriguing experience.”

But perhaps the most impactful interaction Ryan had at the school came from a simple hug.

“It was later in the first week and a male child I’ll call ‘R,’ ran out of the classroom, gave me a big hug, and proudly showed me the picture he had drawn for me,” Ryan says. “It made me really happy that he looked up to me so much. My supervisor said ‘R’ had been so well behaved while I was there that he seemed like a new boy. This further solidified the fact that I want to work with kids. They have such an innocence about them, which makes them so amazing in my opinion. If I can make one child smile a day, it will never cease to put a smile on my face.”

“By shadowing more than just an occupational therapist, I have been able to learn more about the healthcare profession as a whole, as well as how various therapies complement each other in variety of treatments, which helps patients,” says Ryan, an occupational science major. “I also believe I am very good at developing a rapport with patients.”

He got to do just that during a Field Period® trip to El Sauce, Nicaragua. He and fellow Keuka College students traveled with the Rochester-based 4Walls Project, whose mission is to change lives by building safe, sturdy houses.

“One experience that really impacted me was on the build site,” says Ryan. “We had to load wheelbarrows full of sand from the river down the hill and then wheel it up to the mason. My partner for the task was Abel, the son of the mother within the house. On our trips, he would point out cool things such as ‘mariposas’ [butterflies] or ‘flores’ [flowers] and show them to me as we were walking. I found this heartwarming, as he knew I did not speak much Spanish. However, he still wanted to communicate with me and did not let a language barrier get in the way.”

Ryan says his trip will have a lasting impact on him.

“I’ve always been taught to never take anything for granted, and I thought that I have done a good job at that,” says Ryan. “After going on this trip, I learned that I have not even come close. You really do not have a sense of what that saying means until you are fully immersed within a culture that truly never, ever takes anything for granted. I learned so much about myself on this trip, like how to be a better person, and the bonds I made with the people there is something I will never forget.” 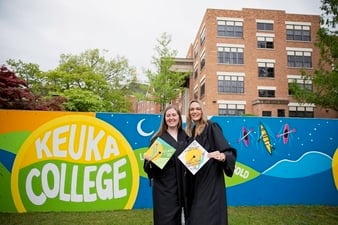