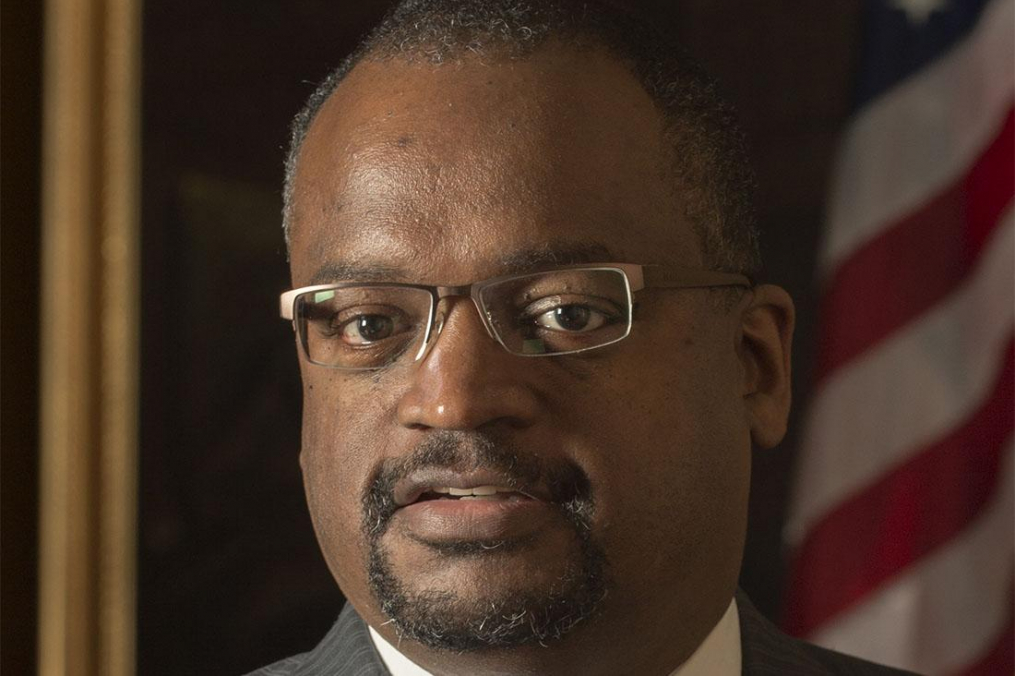 Keuka College’s Provost’s Distinguished Lecture Series continues Friday, Jan. 27 with a presentation by Judge Robert L. Wilkins, who has served on the United States Court of Appeals for the District of Columbia Circuit since 2014.

Free and open to the public, the lecture begins at noon in Hegeman Hall, room 109. Judge Wilkins will discuss how he turned his curiosity into action in the fight for the creation of a national museum dedicated to African American history and culture. He chronicled these actions in his recently published book Long Road to Hard Truth: The 100-Year Mission to Create the National Museum of African American History and Culture.

Released in September 2016, Long Road to Hard Truth was named one of last year’s most popular choices in the annual survey of book recommendations compiled by Bloomberg. In his book, Judge Wilkins tells how his curiosity became an obsession to help the museum become a reality.

Judge Wilkins’ book is part history and part memoir, and chronicles the near century mission for building a museum that would gather, preserve, celebrate, and advance the facts and artifacts of the African-American experience.

Long Road to Hard Truth begins in the days just after the Civil War, with the failure to include any Black regiments in the Grand Review victory parade of Union troops. It documents the staunch advocates who sought to create a monument for Black soldiers 50 years after the end of the Civil War, and in response to the pervasive indignities of the time, including lynching, Jim Crow segregation, and the slander of the racist film “Birth of a Nation.”

The desire to create a monument soon evolved to creating a national museum, and Judge Wilkins follows the endless obstacles through the decades, including political machinations to deliberate maneuverings in blocking the construction of a museum to world events that put it at the bottom of priorities.

“Asa researcher, and later an active participant, I discovered what the challenges are to get something done in politics when you are up against history, Federal bureaucracy, and inertia,” says Judge Wilkins. “What we needed was bipartisan, and biracial, support in both legislative chambers.”

With help, his efforts culminated in his honor of serving as chair of the Presidential Commission that wrote the plan for creating the museum and how, with support of both Democrats and Republicans, Congress finally authorized the museum. In September 2016, 100 years after the movement to create it began, the Smithsonian opened the National Museum of African American History and Culture.

“With a lot of determination and persistence, we got like-minded heavy hitters like Senators John Lewis and Max Cleland, both of Georgia, and Black andWhite Republicans J.C. Watts, Jr., a Congressman from Oklahoma, and Senator Sam Brownback of Kansas to champion this museum,” says Judge Wilkins. “I knew with their participation, our luck had changed and that Congress would pass a bill.”

A native of Muncie Ind., Judge Wilkins earned a bachelor’s degree in chemical engineering from Rose-Hulman Institute of Technology and a J.D. from Harvard Law School. Following law school, Judge Wilkins served as a law clerk to the Honorable Earl B. Gilliam of the United States District Court for the Southern District of California. In 1990, he joined the Public Defender Service for the District of Columbia, where he served first as a staff attorney in the trial and appellate divisions and later for several years as Special Litigation Chief.

During his tenure with the Public Defender Service and in private practice, Judge Wilkins served as the lead plaintiff in Wilkins, et al. v. State of Maryland, a landmark civil rights lawsuit that inspired nationwide legislative and executive reform of police stop-and-search practices and the collection of data regarding those practices.

In 2002, he joined the law firm of Venable LLP as a partner, handling white-collar defense, intellectual property, and complex civil litigation matters. As a practicing lawyer, he was named one of the “40 Under 40 Most Successful Young Litigators in America” by the National Law Journal (2002) and one of the “90 Greatest Washington Lawyers of the Last 30 Years” by the Legal Times (2008). On Dec. 27, 2010, Judge Wilkins was appointed United States District Judge for the District of Columbia, where he served until his appointment to the D.C. Circuit.