From Viewer to Voyager

Colby Curry's freshman year was full of firsts, including an overseas plane ride that would bring his favorite History Channel programs to life. 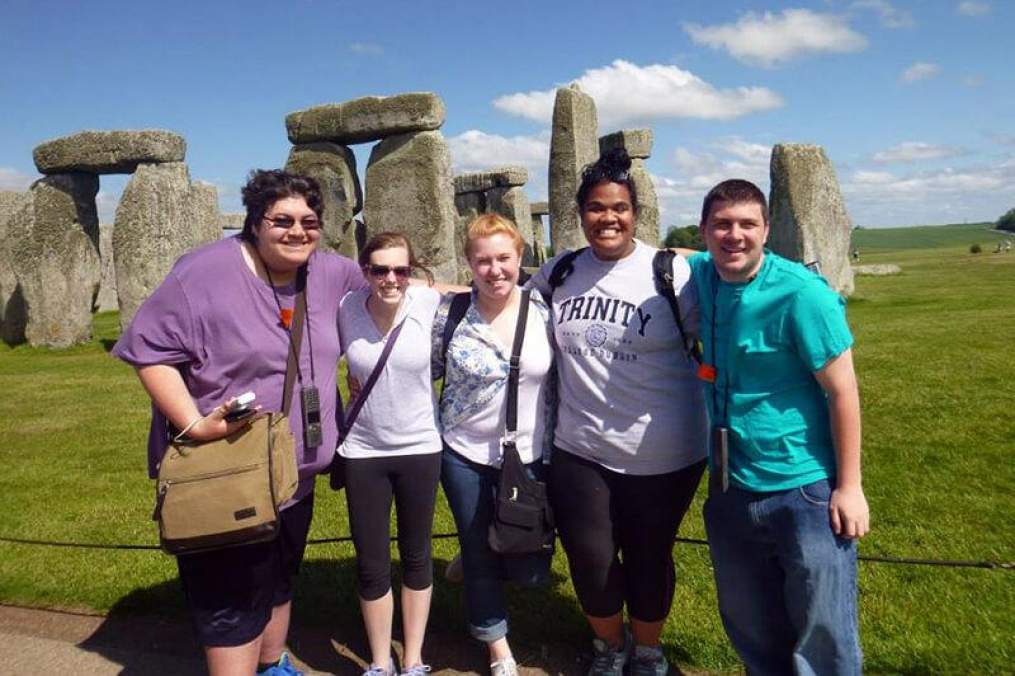 When freshman Colby Curry was eight, his Saturday morning cereal would be devoured while watching the history channel instead of Bugs Bunny.

The programs he most looked forward to were the documentaries on Stonehenge. To some people, Stonehenge might just be a pile of rocks in a field. Not Colby, though. “I saw mystery,” says the ASL-English interpreting major. The dream of visiting this ancient site was quickly forming.

Before Colby left for Keuka College, his mother wanted to make sure he got the most out of the experience. She left him with some advice: "college is what you make it, and it’s up to you to do what you want with it."

Colby kept her words in mind all year. When the opportunity to travel to the United Kingdom as a Field Period® experience presented itself, Colby saw this as an opportunity to act. This would be an “amazing way to end my freshman year of college," he says. "It’s always been a dream of mine to see England.”

Colby had never flown before. Though it was “so scary at first,” once the plane ascended further, Colby’s fear turned into awe. “I wouldn’t have flown if it weren't for this,” he says.

Without this experience, Colby would have missed out on a lot more than just flying. Colby conquered his far of heights while in London. As a child, he used to “cry on those baby rides that take you in the air.” For some reason though, “the Eye of London was nothing!” He found himself pushing right up against the glass of the Ferris wheel, looking out over the Thames.

He also challenged himself to “leave my standard of food behind—I’m a very picky eater.” As a result, he fell in love with Irish stew.

Colby even went a step further, taking these experiences and applying them back to his education. He says, “I think this experience has taught me to be open minded about trying new things, and to be willing to adapt to whatever may come my way in the future, whether it be a difficult project or a final paper that has me confused and frustrated.”

Colby really opened up the last night of the trip. The group was on a dinner dance cruising down the Thames. Almost everyone was mingling around the edges of the dance floor, but not actually dancing. Colby ended up grabbing total strangers from the crowd and encouraging them to dance.

Exhausted, he stepped away to catch his breath. As he leaned against the rails of the boat, he saw half the boat up and dancing.

Because of his enthusiasm, everyone was enjoying themselves.