The veteran political advisor, who served three administrations over more than 30 years, will speak on campus on May 6. 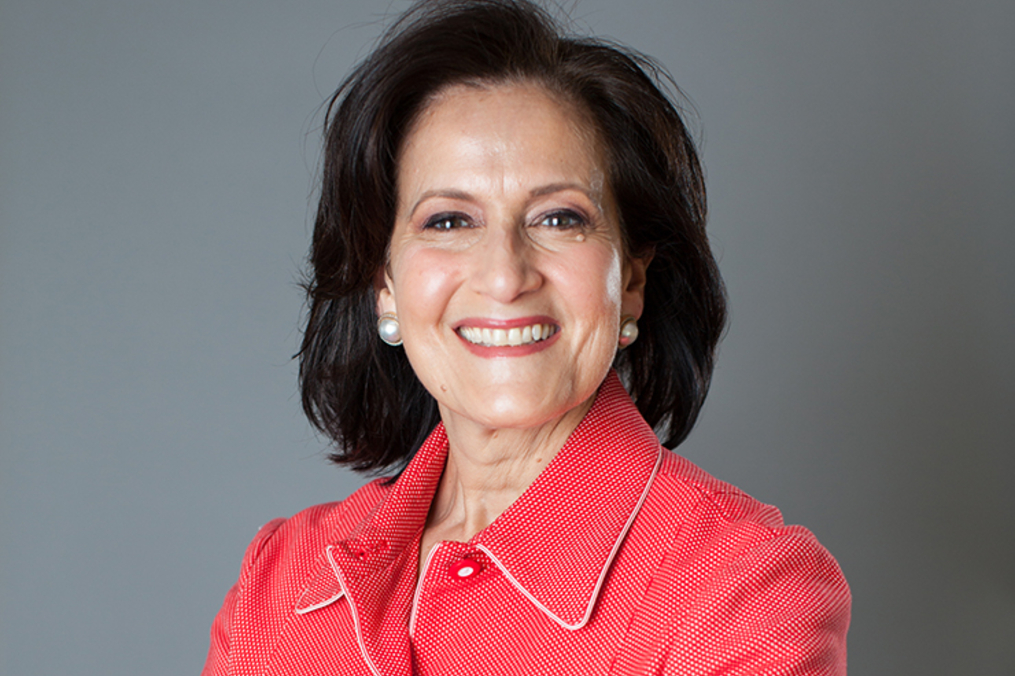 Anita McBride will discuss “First Ladies and Their Impact on Civil and Human Rights” at 6:30 p.m. on Friday, May 6, at the College’s Norton Chapel. A reception will immediately follow the lecture in the Geiser Dining Commons. The lecture and reception are free and open to the public. College protocols require all visitors to the campus to be up to date on their vaccinations.

As chief of staff to Laura Bush, McBride directed the first lady’s extensive travel to support U.S. foreign policy objectives in improving health, education, and development assistance outcomes, including historic visits to Afghanistan, the Middle East, and the Thai-Burma border.

McBride is currently executive-in-residence at the Center for Congressional and Presidential Studies in the School of Public Affairs at American University in Washington, D.C., where she directs programming on the legacies of America’s first ladies and their historical influence on American politics, policy, and diplomacy.

She also serves as an advisor to the university’s president and the Office of Development and Alumni Relations, and on the advisory board of the University’s Sine Institute of Policy and Politics. She is a co-founder of the First Ladies Association for Research and Education (FLARE), an affiliate organization of American University’s School of Public Affairs.

She co-founded the RAND African First Ladies Initiative and Fellowship program, partnering with African first ladies to support their efforts as champions of change in their countries, as well as training their staffs and advisors in strategies for managing an effective first lady’s office. Among her many other achievements, McBride used her insider’s knowledge of Washington politics to serve as a consultant to HBO’s Emmy Award-winning series “Veep.”

Through her appointments to posts including the Fulbright Foreign Scholarship Board, the Laura W. Bush Women’s Initiative at the George W. Bush Presidential Library and Institute, the US-Afghan Women’s Council, the International Republican Institute’s Women’s Democracy Network, and the White House Historical Association, McBride brings a powerful impact to all the projects and programs in which she is involved.

The Carl and Fanny Fribolin Lecture Series is named after the late Geneva residents Carl Fribolin and his wife, Fanny. Carl was an emeritus member of the College’s Board of Trustees and recipient of an honorary Doctor of Humane Letters degree in 2004.