The Romulus native was among the victims of a mass shooting in California this past July. 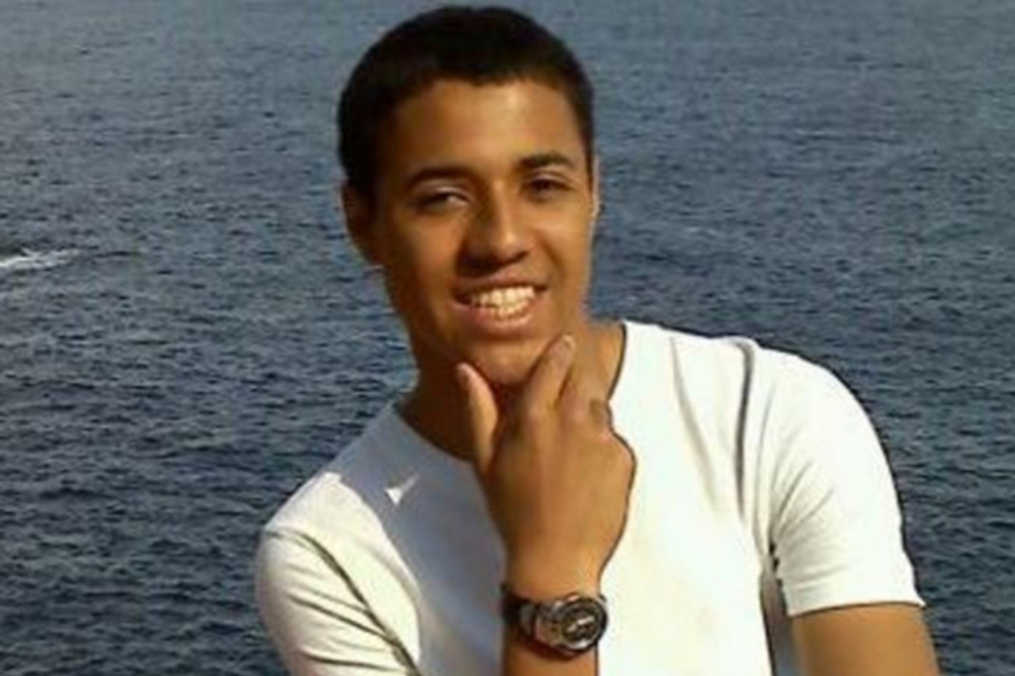 That’s how friends and family recalled Keuka College alumnus Trevor Irby ’17 during a memorial Sunday that honored the memory of a life cut far too short.

The hour-long vigil at the College’s Norton Chapel included remembrances and reflections, a celebration of Trevor’s life in pictures, and, time and again, reference to his infectious smile.

Loved ones said that was the first thing people would notice about Trevor. It was certainly the case with his girlfriend, Sarah Warner ’17 M’18.

“The first time I met him I thought, ‘Wow! Look at that smile,’” she recalled. “And he always wore it.”

Trevor, a biology major, was one of three people killed when a gunman opened fire at a garlic festival in Gilroy, Calif., on July 27. Sarah, who was with him at the festival, was not injured.

She told the 100 or so gathered – many in College-color green and gold t-shirts commemorating Trevor – that his smile was the outer manifestation of a generous spirit.

“He brought love and light and energy and happiness into the world,” she said. “He never hesitated to reach out.”

Matt Kelly of Hunt Country Vineyards described Trevor, who worked at the winery while attending Keuka College, as “one of the finest people we have ever known and have ever had the pleasure to work with.”

“He made every situation better just by being there,” Kelly continued. “He was exactly the kind of person we need more of in the world today.”

The Romulus native’s generosity of spirit was remarked upon repeatedly.

“He was always encouraging and appreciative of others and he loved giving back to his community and his classmates,” said Keuka College Assistant Provost and Associate Professor of Biology Dr. Laurel Hester, who had Trevor in several classes. “He reminds us that, as much as we want to be the best student or the best professor, it’s more important to be the best person.”

Close friend Steve Wyrosdick ’16 echoed that sentiment: “We hope to continue your legacy by being as good a friend to others as you were to us.”

Sarah encouraged support for a scholarship that family and friends recently established at Keuka College in Trevor's memory. The Trevor Irby ’17 Memorial Scholarship will each year assist a student who emulates Trevor’s compassion, love for life, and positive energy – “someone who reminds us of Trev,” she said.

Contributions to the fund may be sent to the Keuka College Office of Development, 141 Central Ave., Keuka Park, N.Y. 14478, or online at keuka.edu/give. (Use the “other” option online to designate what your donation will support, then type in “Trevor Irby ’17 Memorial Scholarship.”)

“The world is hurting and it needs more Trevors,” Sarah said. She encouraged those in attendance to emulate the words emblazoned across the green and gold commemorative t-shirts: “Find your Trev.”