A Big Night For Candidates With Keuka College Ties

A pair of College alumni were victorious in state-level elections. 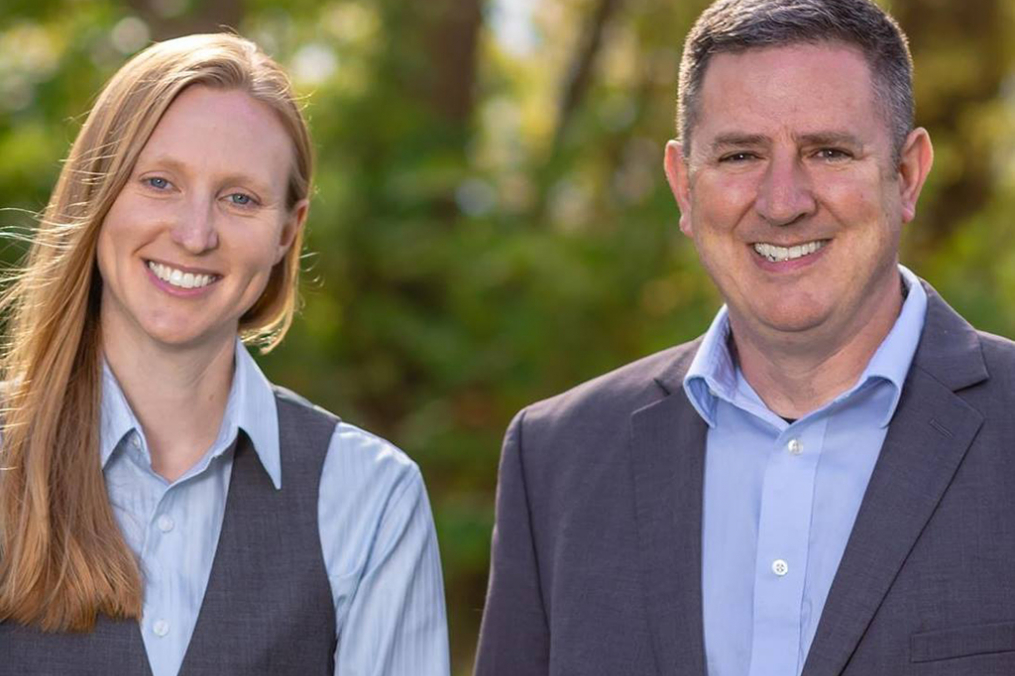 Among the winners during this year’s political elections was … Keuka College.

Incumbent state Assemblyman Jake Ashby ’02 won election to his first full term in the New York state Legislature and Jennifer “Jenn” Olin M’13 is poised to become the first female undersheriff in Tompkins County history after she and her running mate ousted the incumbent sheriff.

Jake, a Republican, is a former Rensselaer County legislator who won a special election this past April to represent the state’s 107th Assembly District, which includes most of Rensselaer County and portions of Washington and Columbia counties in the Albany area.

On Tuesday, he edged his Democratic opponent by an unofficial vote of 27,514 to 25,903 to capture the two-year seat.

Jake, who majored in Occupational Therapy at Keuka College, is a former Army captain and combat veteran who served tours of duty in Iraq and Afghanistan.

Jennifer was selected to run alongside sheriff candidate Derek Osborne in nearby Tompkins County, which had never had a woman serve as either sheriff or undersheriff in its 201-year history.