The Penn Yan residents will be honored for community service Aug. 15. 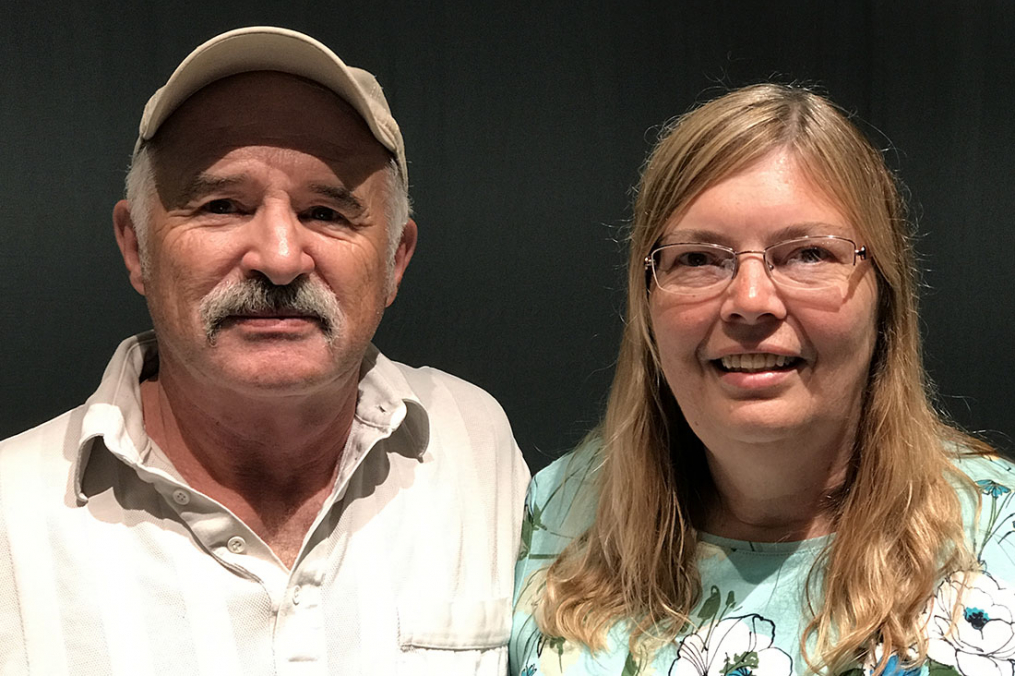 Penn Yan residents Dean and Grace Knapton have been named the recipients of Keuka College’s 2017 Donald and Corinne Stork Award for Community Service.

The Knaptons will be honored for their commitment to community service Tuesday, Aug. 15 at a noon luncheon in the Geiser Dining Commons inside Dahlstrom Student Center at Keuka College.

Called ‘shining examples of community service,’ Dean and Grace have consistently demonstrated the ‘service above self’ motto. They can be found giving their time and talents to improve the lives of the youth in our community through fundraising, volunteerism, and exemplary leadership.

Deeply involved in all aspects of theatrical performances at Penn Yan Elementary, Penn Yan Middle School, Penn Yan Academy, and Penn Yan Theatre Company, Dean and Grace have been integral to assuring each production goes off without a hitch. From directing productions to set disassembly, from creating costumes and building props to fundraising—and everything in between—Dean and Grace are first to volunteer.

“As parents of a former Drama Club participant, we witnessed Dean and Grace’s dedication to providing these rich experiences for our children and our community,” say Steve and Sue Morse, who nominated Dean and Grace for the 2017 Stork Award. “Putting together a drama production is quite an undertaking, which requires time, talent, patience, resourcefulness, and creativity. Drama Club functions on very limited financial resources, so without Grace’s knack for finding props and costumes, and Dean’s knack for building and construction, the Penn Yan Drama Club productions would be at a definite loss.”

Susan and Norm Lindenmuth, Phil and Nancy Bailey, and Peg Paterson, who also nominated the Knaptons for the award, would agree.

“We have all known them for a long time, and have watched as they have continually committed their lives to making our community a better place,” the nomination letter says.

And spending time assisting in theatrical productions is just one way Dean and Grace give back to their hometown. Both Dean and Grace are members of the Sampson Theatre Advisory Board, and assist in the collection of cans and bottles to benefit the Penn Yan Central School District Music Boosters.

Dean has also coached Little League, and helped at the annual Dundee Scottish Festival, while Grace has donated her time to organizing the Penn Yan Sidewalk Sale, planning the Trolleytown Festival and annual StarShine event. In addition to serving as a Girl Scout Troop leader, Grace also holds a board member position on Penn Yan’s 2020 Vision committee.

“Both Dean and Grace have spent many years donating their time, energy, and resources to the community, freely and without hesitation,” Susan Lindenmuth says. “They certainly embody the goal of this award, which is to recognize community members who take initiative for the common good. They are simply selfless.”

Tickets for the luncheon are $15. Seating is limited, so advanced reservations are advised. Register online and purchase tickets before the reservation deadline of Wednesday, Aug 9.

The Stork Award was established in 1991 by Keuka College to recognize outstanding individuals who exemplify the College’s commitment of valuing individual initiative for the common good. The award was named after its first recipients, Penn Yan residents Corinne Stork and the late Donald Stork.