Dr. Tatum explores the intersection of race and education in her latest book, “Can We Talk about Race? And Other Conversations in an Era of School Resegregation.” 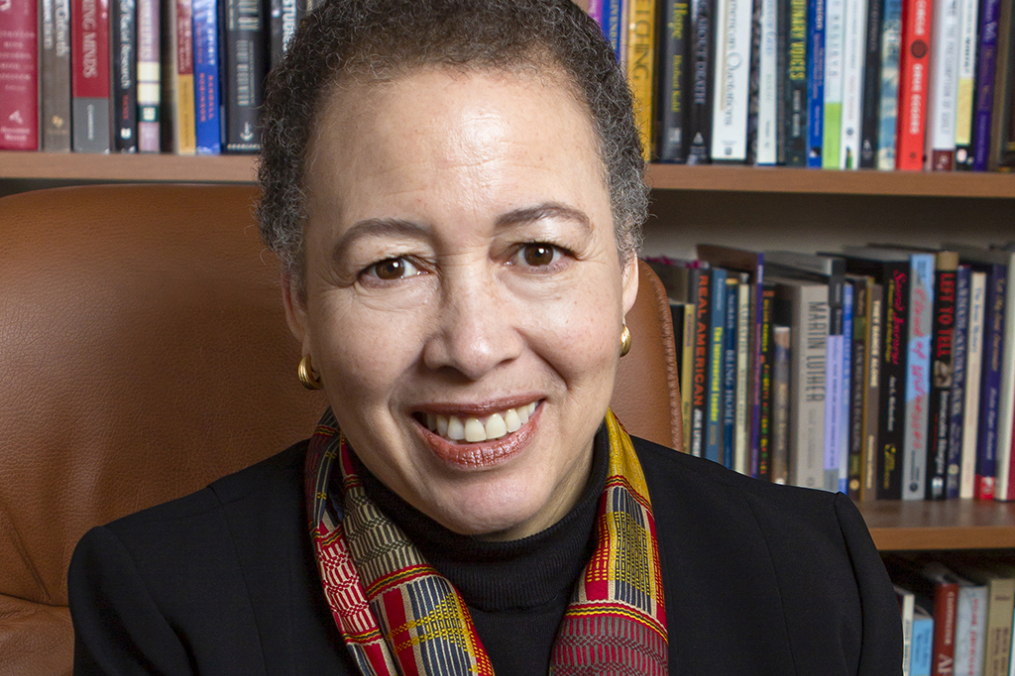 Nearly 65 years after the U.S. Supreme Court banned the concept of “separate but equal” institutions in its Brown v. Board of Education decision, American schools are still profoundly segregated.

Educator and scholar Dr. Beverly Daniel Tatum explores the ramifications of an education system that remains separate and very much unequal. Why are public schools still so overwhelmingly segregated? What does that mean for students of all backgrounds? And most importantly, what can be done about it?

Dr. Tatum will touch on these and other issues related to race, racial identity, and education when she delivers the 31st annual Carl and Fanny Fribolin Lecture Monday, May 6, at Keuka College. The lecture, scheduled for 6:30 p.m. in the College’s Norton Chapel, is free and open to the public.

A clinical psychologist – and the author of “Can We Talk about Race? And Other Conversations in an Era of School Resegregation” and “Why Are All the Black Kids Sitting Together in the Cafeteria?” – Dr. Tatum will share her analysis of how race relations continue to affect and afflict American education at all levels.

She draws on a career devoted to higher education in making her arguments for honest, urgent discussion about racial inequities.

“When I first began teaching about racism in 1980 I was a novice instructor and I know I made mistakes,” she writes in “Can We Talk about Race?” “But even in my inexperienced state, my students told me I was changing their lives by giving them permission to talk about race – powerful feedback for a then-twenty-six-year old instructor! That conversation is still needed, perhaps now more than ever.”

Dr. Tatum is president emerita of Spelman College in Atlanta, and has served as a professor, advisor, and administrator at institutions including the University of California at Santa Barbara, Westfield State College, and Mount Holyoke College.

Among her honors are the Joseph B. and Toby Gittler Prize (given by Brandeis University for outstanding scholarly contributions to racial, ethnic, and/or religious relations), the Award for Outstanding Lifetime Contribution to Psychology (the American Psychological Association’s highest honor), and the prestigious Brock International Prize in Education.

The Carl and Fanny Fribolin lecture series carries the names of the late Geneva residents Carl Fribolin and his wife, Fanny. Carl was an emeritus member of the College’s Board of Trustees and recipient of an honorary Doctor of Humane Letters degree in 2004.