Keuka College professor of history Dr. Chris Leahy offers a cautionary tale about what happens when a president loses the backing of his party. 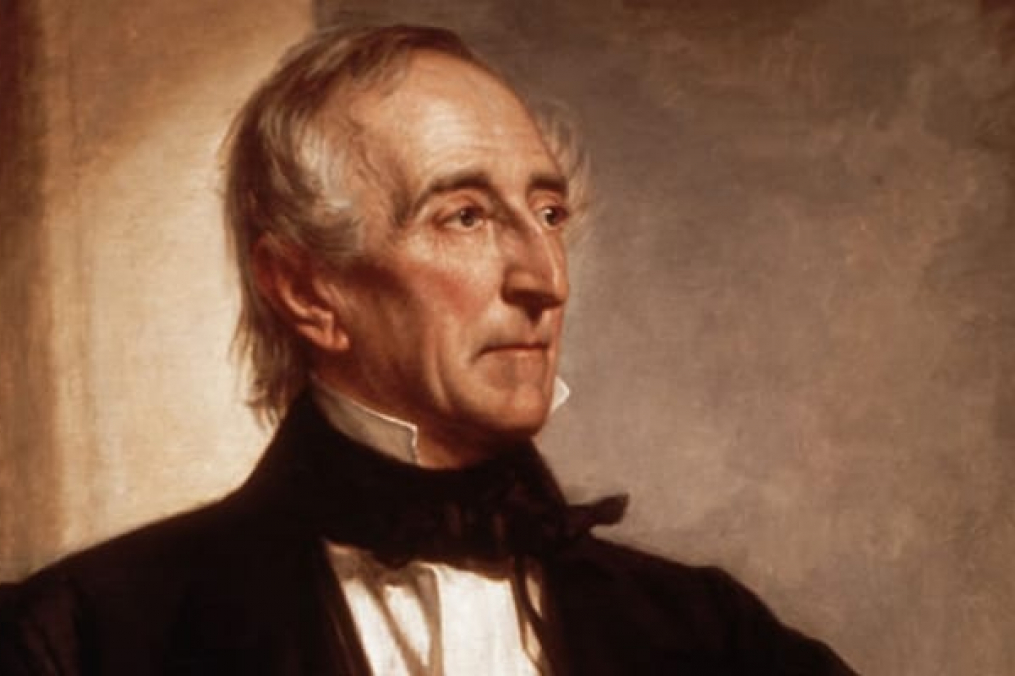 President John Tyler campaigned hard to stay in office in 1844 – which is not the same thing as running for reelection.

Three years earlier, Tyler succeeded William Henry Harrison, who served just one month in office before dying of pneumonia, to become the nation’s first vice president to ascend to the presidency.

But that was far from the end of political upheaval in 1841. By September of that year, the Whigs in Congress expelled Tyler. “His Accidency,” as Tyler was derisively known, was a man without a party – and, by 1845, without a job.

Keuka College Professor of History Dr. Chris Leahy will revisit this compelling though lesser-known chapter of American political history as the Lecture by the Lake series continues on Wednesday, July 26. Free and open to the public, Dr. Leahy’s lecture, “President Without a Party: A Cautionary Tale” will be held at 5 p.m. in the lower level of Lightner Library.

Tyler, who served as our nation’s 10th president, as well as the country’s 10th vice president, was booted from the Whig Party just five months after taking office. No other president in American history has ever been banished by his party.

Leahy says the story of Tyler is particularly timely in the era of President Donald Trump – who has made no secret of his willingness to go it alone – even if Leahy finds the possibility of history repeating itself in terms of party abandoning leader “a long shot.”

“Given the tenor and shape of the candidacy and the presidency so far, it’s not outlandish,” says Leahy, a 10-year veteran at the College. “Certainly if you nominated a Jeb Bush or a Marco Rubio, or somebody like that, who is very much an establishment figure, you would never see (the party abandon the president). For this president, it’s not as fanciful a notion.”

Still, Leahy warns against drawing too strong a comparison, and he laments the status of Tyler, often relegated to the bottom rungs of the presidential ladder in historical rankings.

“He was actually a stronger president than most people give him credit for,” Leahy argues.

Take that ascension to the Oval Office in the wake of Harrison’s demise. By assuming the full duties and responsibilities of president, Tyler set, well, a precedent.

“He very aggressively insisted that he was now the president, not just in terms of custom but of constitutionality,” notes Leahy, who obtained his Ph.D. at Louisiana State University in Baton Rogue. “He solidified the notion that once the president dies, the obligations and duties of the president evolve to the vice president.”

It was a precedent that would be relied upon in one of America’s darkest hours.

“Most people are familiar with that very famous photo of (Lyndon Johnson) on board Air Force One, next to Jackie Kennedy, taking the oath of office,” says Leahy of the 36th president’s swearing in following the assassination of President John Kennedy in November 1963. “It is that precedent that was started by Tyler.”

Why did the Whigs cut ties with the latter half of one of politics’ more enduring presidential slogans (“Tippicanoe and Tyler Too”)? In a word: politics. The party backed an effort to form a National Bank with branches in separate states. Tyler, citing states’ rights, vetoed the measure. In retaliation, the Whigs vetoed Tyler.

Tyler left the White House in 1845, having lost to James K. Polk, but he did not leave his fondness for states’ rights. As Leahy notes, it was the former president’s decision to join the Confederacy – he voted for his native Virginia’s secession from the Union – that contributes in large part to his tarnished legacy.

Still, Leahy, who is finishing a forthcoming book on Tyler, “Without a Party: The Life of John Tyler,” says there are lessons in the nation’s 10th presidency.

“(The audience will get) some sense of how difficult it was for him to govern without a party behind him,” says Leahy. “That speaks more broadly to the two-party system and how viable the two parties are with respect to our politics.”

Dr. Leahy has long been interested in President Tyler. Aside from the upcoming biography, he has been featured on C-SPAN discussing the letters of Tyler’s second wife, Julia Gardiner Tyler. Dr. Leahy and his wife, Sharon, have also contributed to several books regarding John and Julia Tyler.

Keuka College’s Lecture by the Lake series is designed for community members to learn about topics of regional interest from some of the College’s most revered experts. The series continues Tuesday, Aug. 22, with a discussion of the well-known phrase “Think Globally, Act Locally.” Ann Tuttle, chair of the Division of Business and Management and Professor of Management, will speak on how the College’s Field Period® program exemplifies that description.