The experience offered more than expected. 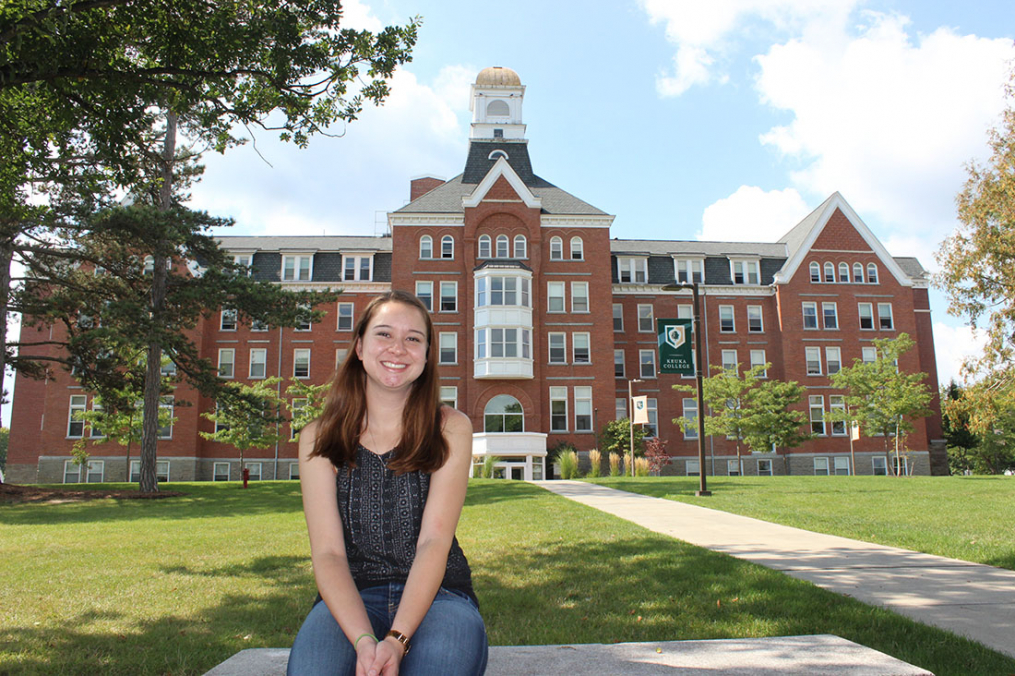 Tessa, a biology major with a concentration in biomedical studies, was among eight pre-med students who were part of a summer Chautauqua Works Workforce Development Board’s Healthcare Career Advantage, a Talent Pipeline Development Program. The internship program is aimed at young professionals interested in direct patient care careers.

Tessa, who used the experience as a Field Period® opportunity, rotated through both clinical and non-clinical areas of the hospital.

“UPMC Chautauqua was a perfect fit for me, as well as the Field Period® program,” says Tessa. “I know I would like to go into healthcare, but I am somewhat unsure about what specialty. I knew that working in the hospital setting would provide a great opportunity to get to know more about multiple career options, as well as plenty of chances for me to learn about medicine.”

“I believe that this was an excellent placement for Tessa,” says Ms. Geise. “The experience provided her with the opportunity to make informed decisions about her career path, learn about working in a hospital, and how to work with patients in a hospital.”

“While I was at the hospital, I mostly got to shadow the doctors,” says Tessa. “This can be a rare opportunity for an undergraduate premedical student, especially for as long as I did. In addition to shadowing the doctors at the hospital, I was able to observe the duties of the physician’s assistants, nurse practitioners, and nurses.”

“I received a number of very positive comments from the physicians Tessa worked with during her Field Period®,” says Ms. Geise. “They consistently rated her professionalism, preparedness, and knowledge at high levels. They were particularly impressed by the questions she asked, which demonstrated her knowledge, preparation, and motivation.”

Not only did she succeed in meeting her objectives, Tessa says she accomplished more than she initially set out to achieve.

“There are so many things that I could say are really going to stick with me from this Field Period® as I continue to work toward my goals,” says Tessa. “The most important of which were not even primary goals I had set for myself. I learned that it is very important to stay focused and driven as you work toward your goals, but it is also important to be open to new possibilities along the way. Never be afraid to go out of your comfort zone, because you might end up enjoying something you were unsure about in the first place.”

For example, Tessa says she is now considering a career in emergency medicine, something she originally had no interest in.

“When asked if I would like to work in the ER for a day, I said no,” she says. “But I was encouraged to get out of my comfort zone and experience new things, which turned out perfectly in the end.”

During her time at UPMC Chautauqua WCA Hospital, Tessa says she was able to apply what she learned in the classroom and put her knowledge into practice.

“I learned many new lessons that I will be able to build and expand my current knowledge as I move forward in my studies,” says Tessa. “My experiences at my Field Period® confirmed my desire to someday become a physician, and have opened my eyes to new possible careers.”

“Tessa was a pleasure to have in our program,” adds Ms. Geise. “Everyone who worked with her had nothing but the highest of praise for her. I believe our program was a perfect fit for Tessa and her goals.”

“Working at UPMC Chautauqua WCA Hospital over the summer taught me so much, and showed me the realities of a career in medicine—both the good and the bad,” says Tessa. “I was able to meet some wonderful people who were very welcoming and willing to teach. This was a wonderful opportunity for me to network, which could prove to be invaluable in the future.”