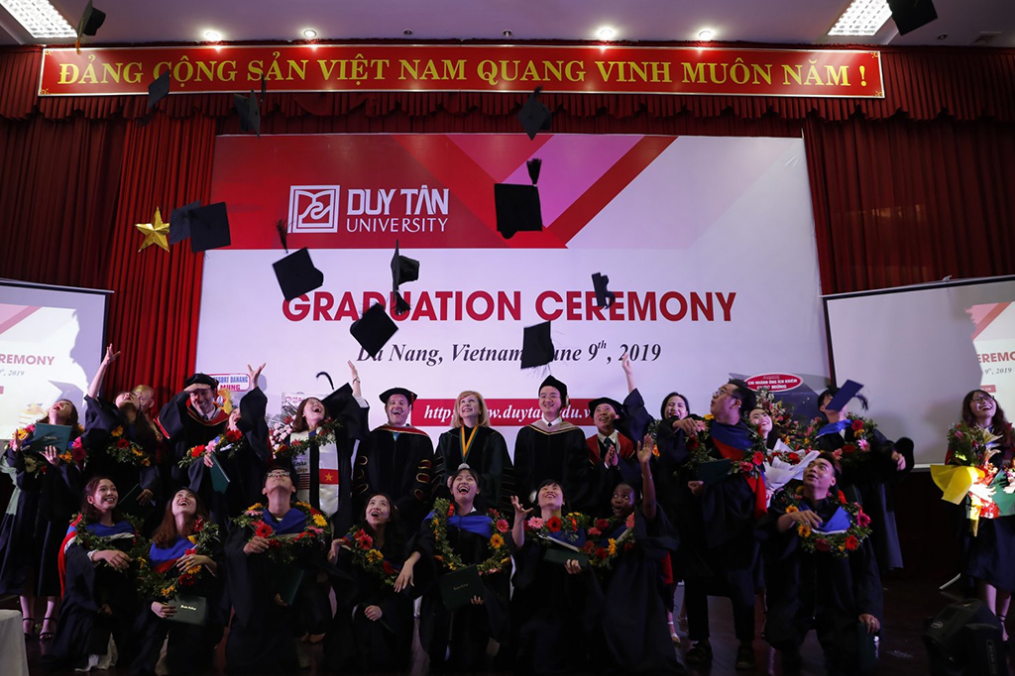 The program, which boasts enrollment of more than 225 students working toward bachelor’s degrees in Management, celebrated its first 19 graduates during ceremonies at Duy Tan University in Danang, Vietnam, on Sunday, June 9.

President Storey and Associate Provost Sellers visited several of the Asian campuses this month, a trip that saw them also attending graduation ceremonies at the University of Science in Ho Chi Minh City, Vietnam. 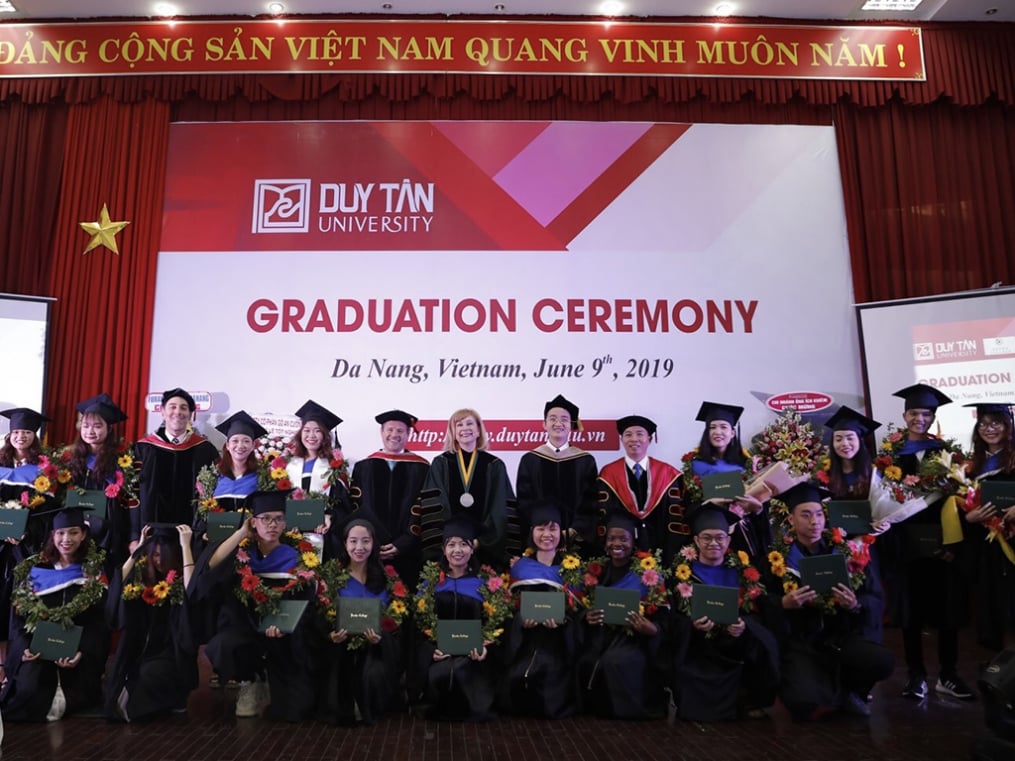 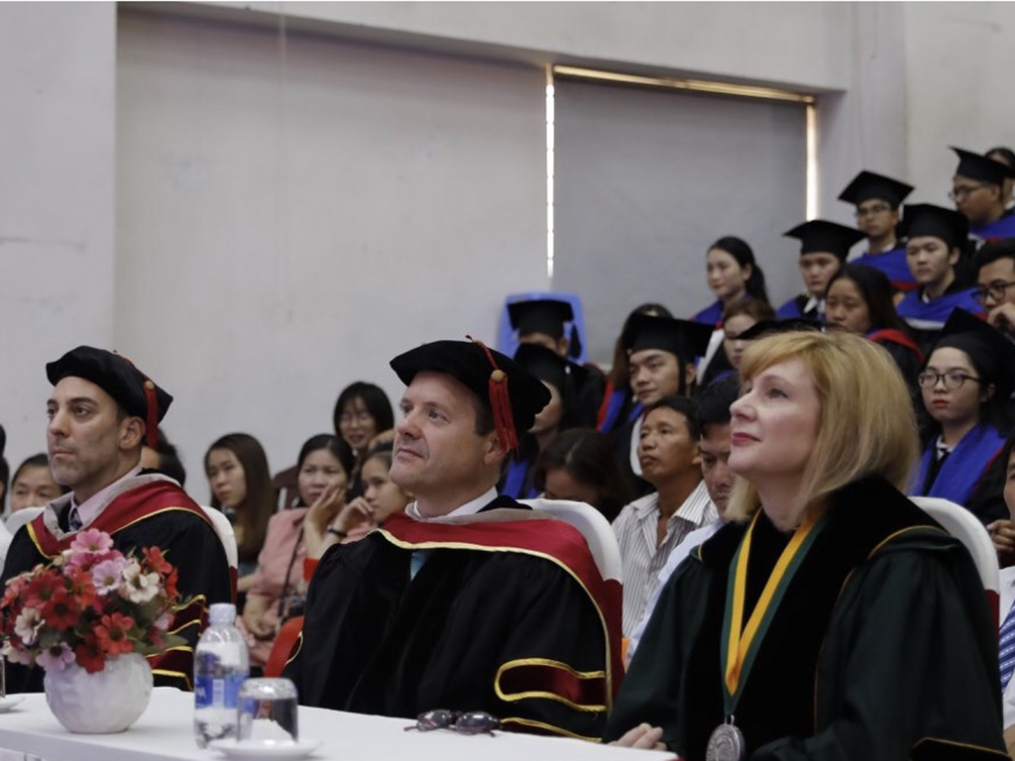 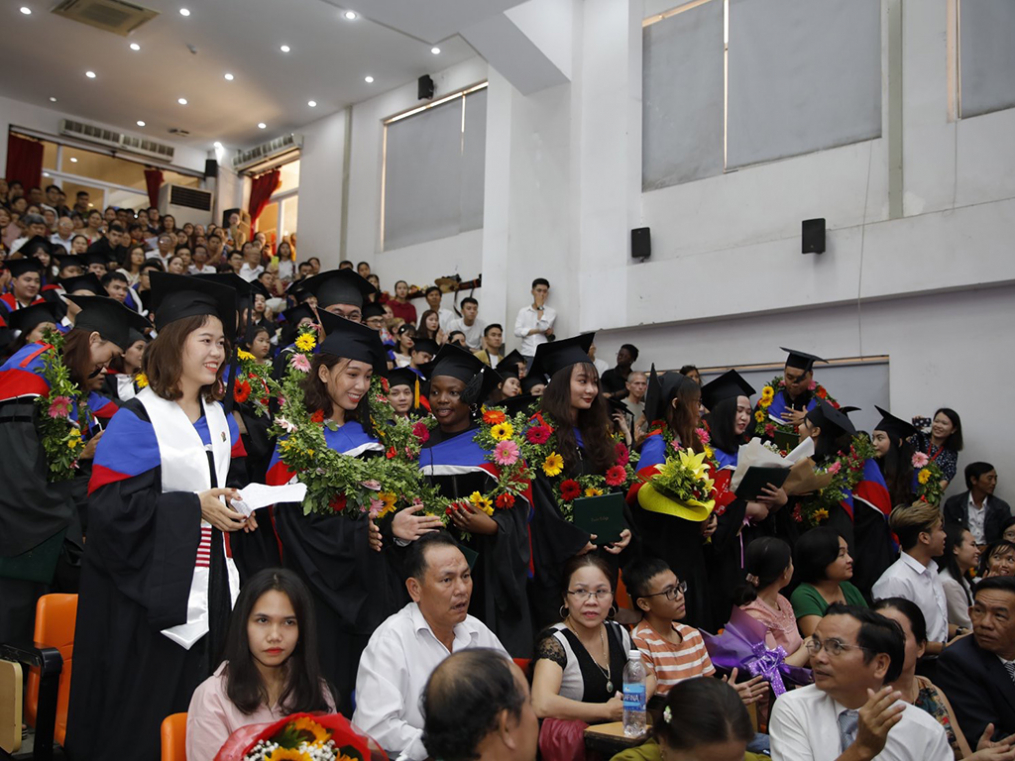 It was a day for smiles during the first-ever Keuka College graduation ceremony at Duy Tan University.