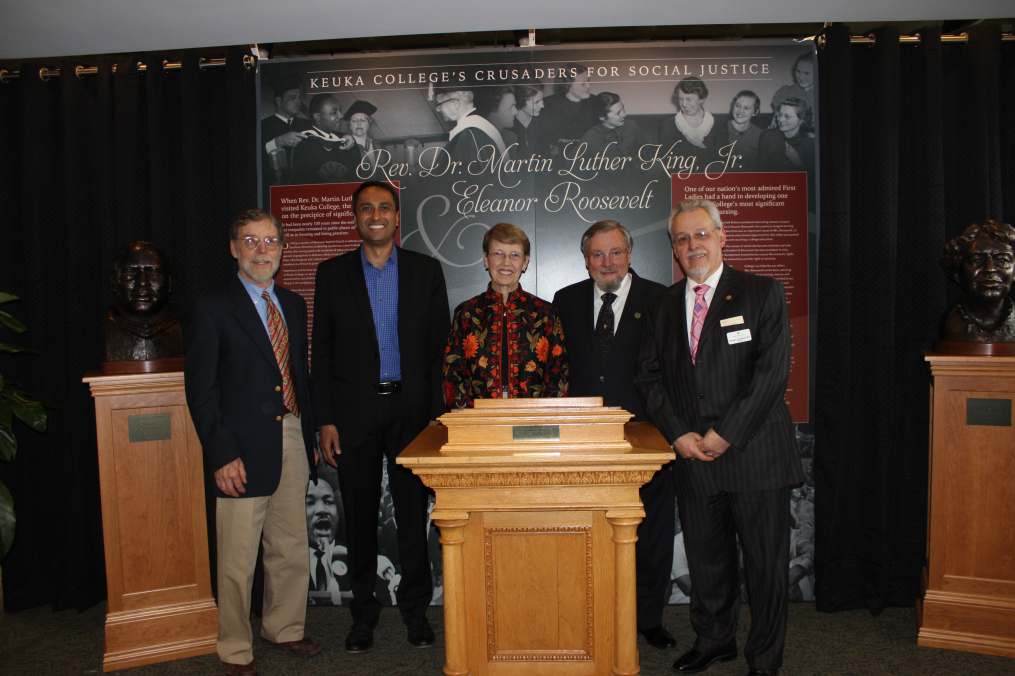 “That their lights shined on – and from – the College campus is testament to the tenets of social justice and equal rights that Keuka College has always held dear,” said College President Dr. Jorge L. Díaz-Herrera.

King addressed the graduating Class of 1963, challenging graduates to go forth with eyes open to social and political injustice, and hearts open to the plight of their fellow man.

Roosevelt visited the College in 1938, extolling educational opportunities for women and sharing the experience in her “My Day” syndicated newspaper column. She later urged the College to launch a nursing program – which, nearly 75 years later, is still going strong.

The works were commissioned by Keuka College Trustee Donald Wertman and his wife, Christine, and crafted by Professor Emeritus of Art Dr. Dexter Benedict.

The ceremony was part of the College’s Fribolin Fest activities, a daylong series of events that included the 29th annual Carl and Fany Fribolin Lecture. This year’s lecture was delivered Friday evening at Norton Chapel by Eboo Patel, founder and president of Interfaith Youth Core, which seeks to build the global interfaith youth movement.

Also speaking at the Fribolin lecture was the Hon. Colleen A. Brown, Chief United States Bankruptcy Judge for the District of Vermont, who has conducted dozens of naturalization ceremonies. Like Patel, she spoke on the importance of pluralism.