Hodinöhsö:ni’ Women are the Focus of Keuka College’s Next Community Luncheon Series June 20

The women’s contributions through history are ‘positive forces in our world.’ 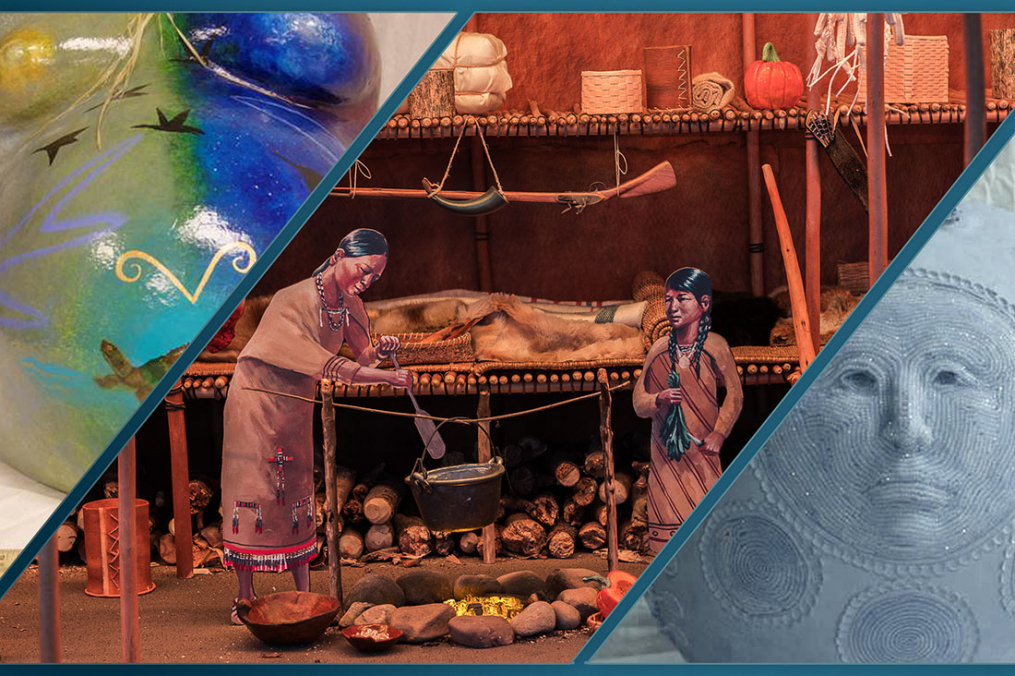 The latest exhibit at the Ganondagan Seneca Art & Culture Center, Hodinöhsö:ni’ Women: From the Time of Creation, will be the topic of Keuka College’s next Community Luncheon Series, set for Wednesday, June 20.

Led by G. Peter Jemison, historic site manager for Ganondagan, the luncheon begins at noon in the College’s Geiser Dining Commons, located inside Dahlstrom Student Center. Tickets for the lecture and luncheon are $15, and reservations may be made online. The reservation deadline is Wednesday, June 13.

Hodinöhsö:ni’ Women: From the Time of Creation examines myriad ways in which the Hodinöhsö:ni’ women have acted as positive forces in our world, and provides a glimpse into their complex and sophisticated way of life. As the exhibit unfolds, it demonstrates that from the time of creation to the present, Hodinöhsö:ni’ women continue to provide guidance, wisdom, healing, joy, sustenance, hope, peace, and love to the world.

The exhibit touches on five important moments throughout history when Hodinöhsö:ni’ women have had a major impact. It is designed to help the viewer consider all the ways in which Hodinöhsö:ni’ women have appeared and worked to sustain their culture of equity, justice, the power of thinking, and how they continue to inspire and influence those around them.

Mr. Jemison’s career spans decades through myriad accomplishments. Through his art, Mr. Jemison has explored a variety of topics, from creating political works that portray contemporary social commentary, to those reflecting his relationship with nature.

Widely shown and collected, Mr. Jemison’s works are rooted in the framework of Native American art. Known for his naturalistic paintings and series of works done on brown paper bags, his art embodies orenda, the traditional Haudenosaunee (Iroquois) belief that every living thing and every part of creation contains a spiritual force.

Mr. Jemison received his academic arts education from the University of Siena in Siena, Italy, before earning both a bachelor’s degree and honorary doctorate from Buffalo State College.