"The Atlantic" magazine showcases the College’s “charming campus landmark,” Norton Chapel, and its success as a wedding venue. 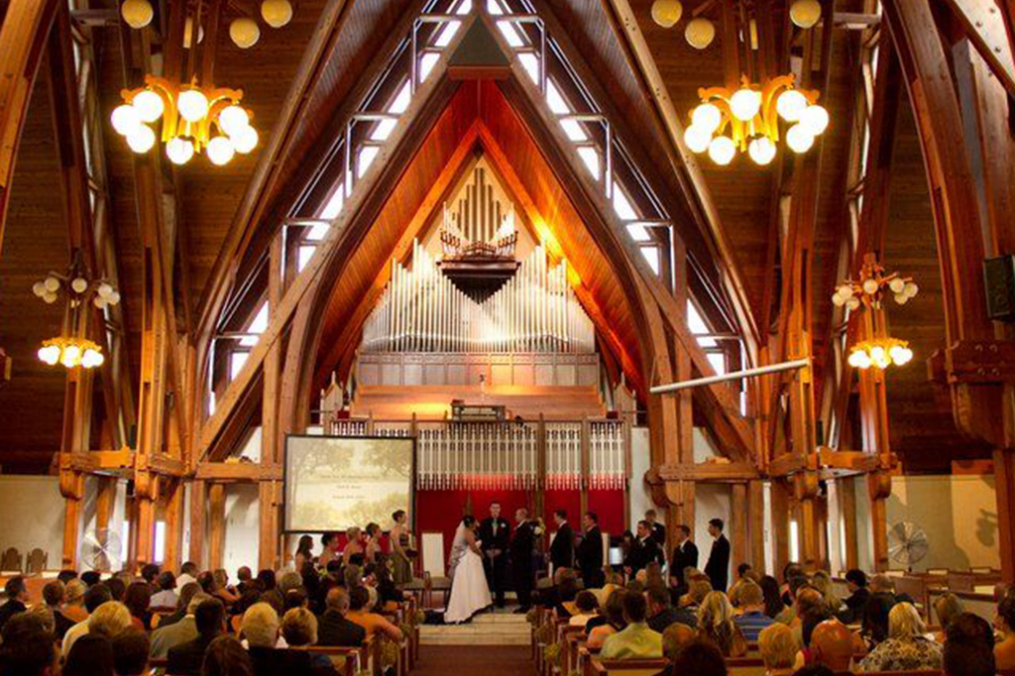 It’s not unusual for college students to meet, date, and fall in love on campus. It’s far less common that they go on to marry on campus.

Except on the campus of Keuka College.

Hundreds of alumni have returned over the years to exchange vows in the College’s spacious Norton Chapel. The picturesque location on the shore of Keuka Lake, combined with the allure of a college reunion for the often alumni-filled wedding parties, has made the Chapel a matrimonial mainstay. It’s one of Keuka College’s best-kept secrets – and now it’s getting a little national exposure.

“The Atlantic,” the cultural, current events, and literary magazine, highlights the College’s alternative role as a wedding destination this month.

“The chapel at Keuka College, in upstate New York, is a campus landmark,” writes Atlantic staff writer Alia Wong for the story, “The College Campuses That Moonlight as Wedding Venues.” “Its Douglas-fir trusses, Italian-glass chandeliers, and custom-made pipe organ are so charming that many alumni choose to get married there.”

Keuka College hosts upwards of two dozen weddings a year at Norton Chapel. That’s on top of the hundreds of other College and private events held annually inside the 600-seat venue.

The 475,000-circulation “Atlantic” noted that Keuka College is among a number of colleges and universities wisely taking advantage of attractive settings to offset costs for education.

The College has been doing just that for decades, since Norton Chapel was completed in the mid-1960s, hosting not only wedding ceremonies but receptions and, in some cases, even lodging.

“The Atlantic,” is not the first publication to take note of Norton Chapel’s lure for knot-tiers. “Mountain Home” magazine extolled the Chapel as “an architectural delight” and “a perfect site for a wedding ceremony” in a September 2017 article.