Aaron Rydzynski ’16 demonstrates the 3D technology that may one day create prosthetic limbs. 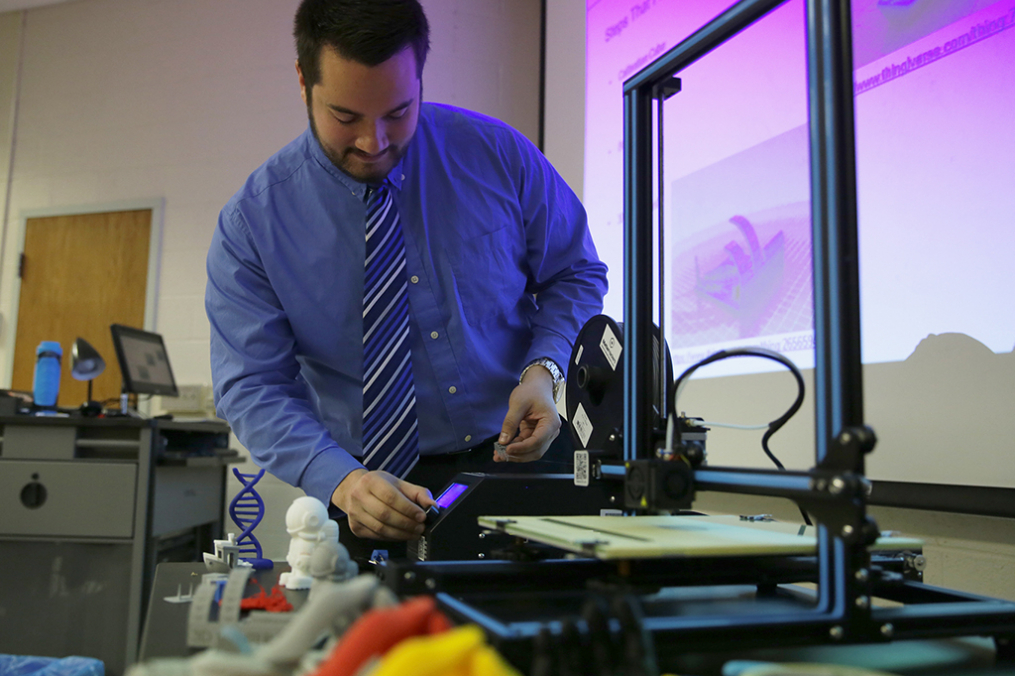 Could a technician in upstate New York one day fit a patient in another country with a prosthetic limb? Absolutely, says a Keuka College alum who’s working on technology that will allow doctors to do just that.

Aaron Rydzynski ’16, a master’s candidate at the University at Buffalo, demonstrated for College students Thursday how the emerging technology known as 3D printing can be used to address medical challenges in countries where access to healthcare is sparse.

One of the biggest problems in poorer nations is a lack of access to medical resources taken for granted in the United States, Aaron told the audience at his presentation, “3D Printing: A Unique Biomedical Application in Upper Extremity Prosthetics,” in the Jephson Science Center.

He gave Haiti as an example of a country that lacks the infrastructure and trained personnel to provide advanced care.

Then he got specific.

Aaron discussed the lack of access to upper extremity prosthetics — artificial hands and arms – and offered 3D printing as a potential solution.

He described efforts to create hand and upper-limb prostheses, and discussed possible future applications, while demonstrating the technology during the presentation.

An estimated 150 students, faculty, and others attended the event, which was part of the 2019 Natural Sciences & Mathematics Fall Lecture Series.