Four individuals and the 2001 Women's Soccer team are to be inducted this September. 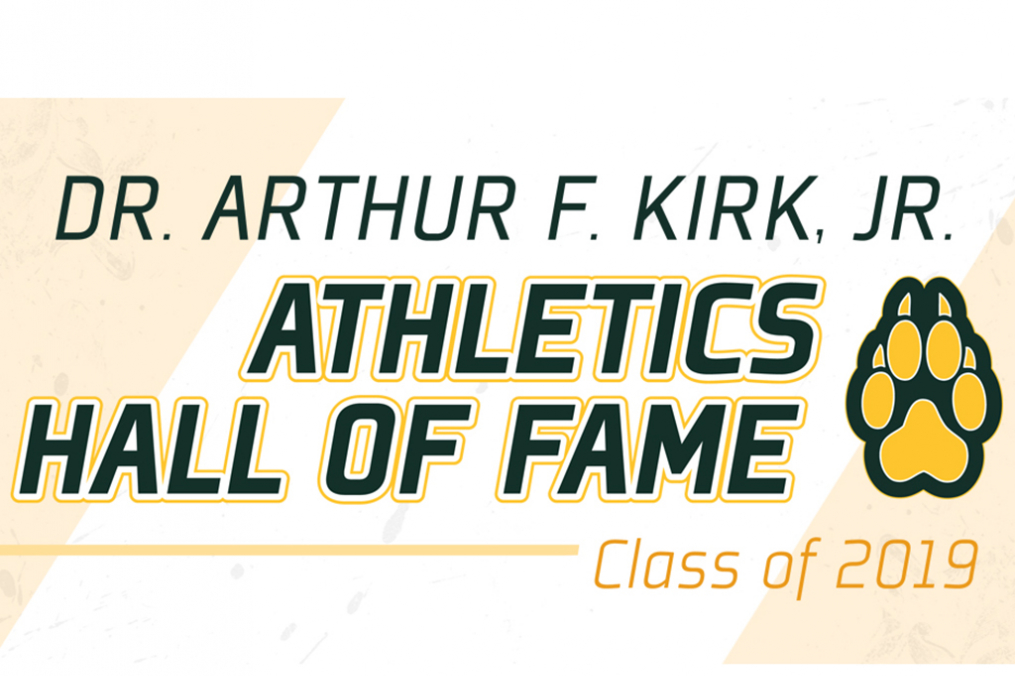 With the 2019-20 academic year drawing closer, the Keuka College Department of Athletics is proud to announce the 2019 Induction Class into the Dr. Arthur F. Kirk, Jr. Athletics Hall of Fame.

Keuka College will host its fourth annual Hall of Fame Induction Ceremony and Dinner on Friday, Sept. 27, at the College’s JMW Recreation and Athletics Center. Registration and reservation information will be made available by the College in the coming weeks.

Joining the inductees at the ceremony this year with be Danielle Chidsey ’19, the most recent recipient of the Rob Smets Heart of a Champion award.

The 2001 Keuka College Women’s Soccer team was groundbreaking in the history of Keuka College Athletics. In its first year in the North Eastern Athletic Conference, Keuka College went undefeated, winning the regular-season and tournament titles.

The Green and Gold earned a berth into the 2001 NCAA Division III Tournament, a first for any team at Keuka College. There, Keuka College pulled a 1-0 upset in the first round at SUNY Oneonta. Laura Hart Puryear set up Shannon Carlson VanNorman for the lone goal and Missy Burngasser Joy made 14 saves for the shutout. It was the first NCAA Tournament game and NCAA victory in school history.

Head Coach Paul Bonus was named NEAC Coach of the Year and Hart Puryear was named NEAC Player of the Year in 2001. The team was a band of road warriors, posting seven victories away from home, second-best in program history. The 2001 team still holds the record for most saves and best save percentage in a single season.

The 2001 team paved the path of success for the Women’s Soccer program at Keuka College. Since that season, Keuka College has won six regular-season or tournament titles in the North Easter Athletic Conference while winning 78% of its league games. Keuka College has also qualified for three other NCAA Tournaments in women’s soccer, but the 2001 team remains the only squad to win a game in the national tournament.

After tallying a goal and an assist over 15 games in her freshman season, Hart Puryear broke out in 1999. She ranked second on the team with eight goals and led Keuka College with eight assists during her sophomore season. She duplicated her eight goals in 2000. Five of her eight goals proved to be game-winners, tied for the most in program history.

Hart Puryear saved her best season for her senior campaign. She led the College with 17 goals and eight assists in 2001. Her 42 total points led Keuka College, as well as all Rochester-area colleges. Hart Puryear was named 2001 NEAC Player of the Year while helping lead Keuka College to the NEAC Championship and the NCAA Tournament. She graduated with 35 career goals and 86 career points. Both totals ranked third at time of graduation and remain in the top ten now.

Missy Burngasser Joy was a four-year keeper for the Keuka College Women’s Soccer team. She remains one of the top goalies in program history. From Tonawanda, N.Y., she debuted with a team-best 1.15 goals-against average in her freshman season of 1999. She then posed a 10-8 record with six shutouts in 2000.

In 2001, Burngasser Joy recorded 218 saves and nine shutouts for Keuka College. She did not allow a goal in the North Eastern Athletic Conference Tournament and was named First Team All-Conference. She then made 14 saves in the NCAA Tournament win over SUNY Oneonta. Overall, Keuka was outshot 26-1 by the Red Dragons.

“It’s a system that works for us. We realized we’re going to give up a lot of shots, but I can play this way because I’ve got a keeper that’s just played outstanding for us all year.” said Head Coach Bonus following their victory over SUNY Oneonta.

A forward from Seneca Falls and Mynderse Academy, Kurt Bastian was one of the top offense players in Keuka College Men’s Soccer history.

He made in instant impact for Keuka College in his freshman season, recording six goals and totaling 14 points, second best on the team. He then backed that up with seven goals and five assists for 19 points in his sophomore season.

The 2001 season saw the beginning of the North Eastern Athletic Conference and Bastian’s play continued to improve. He set new career highs with 10 goals and eight assists as the Men’s Soccer team won the 2001 NEAC Championship and Bastian was named First Team All-Conference.

He continued his growth as a goal scorer in his senior season with 12 goals for the College. He earned his second First Team All-Conference selection as Keuka College repeated as NEAC Champions.

Over his career at Keuka College, Bastian scored 35 goals and added 21 assists for 91 total points. All three totals rank as fourth best in program history. He also was a key part of Keuka College opening North Eastern Athletic Conference play with a pair of perfect seasons and conference championships. The College went 12-0 in NEAC play combined in 2001 and 2002.

Mary Schleiermacher has worn many hats over her 36 years at Keuka College. After joining the College in 1970, Schleiermacher was a professor, worked with community programs around campus, led student Field Period® trips, and oversaw the beginning of the Keuka College Department of Athletics.

Schleiermacher was the Director of the Weed Physical Arts Center at Keuka College, as well as a Professor of Physical Education. She was the faculty advisor to the Women’s Athletic Association and served as the volleyball coach.

She was greatly respected by her students and her peers. Schleiermacher was named Professor of the Year and given the rank of Professor Emerita. When she retired in 2006, a scholarship was established in her name. It rewards a junior female student-athlete who embodies citizenship, leadership, service, sportsmanship, and a joy of wellness, the same characteristics that Mary Schleiermacher displayed over her tenure at Keuka College.