Keuka College, Community Team Up to Serve, With Spirit

The annual Celebrate Service … Celebrate Yates initiative was special this year for a number of reasons. 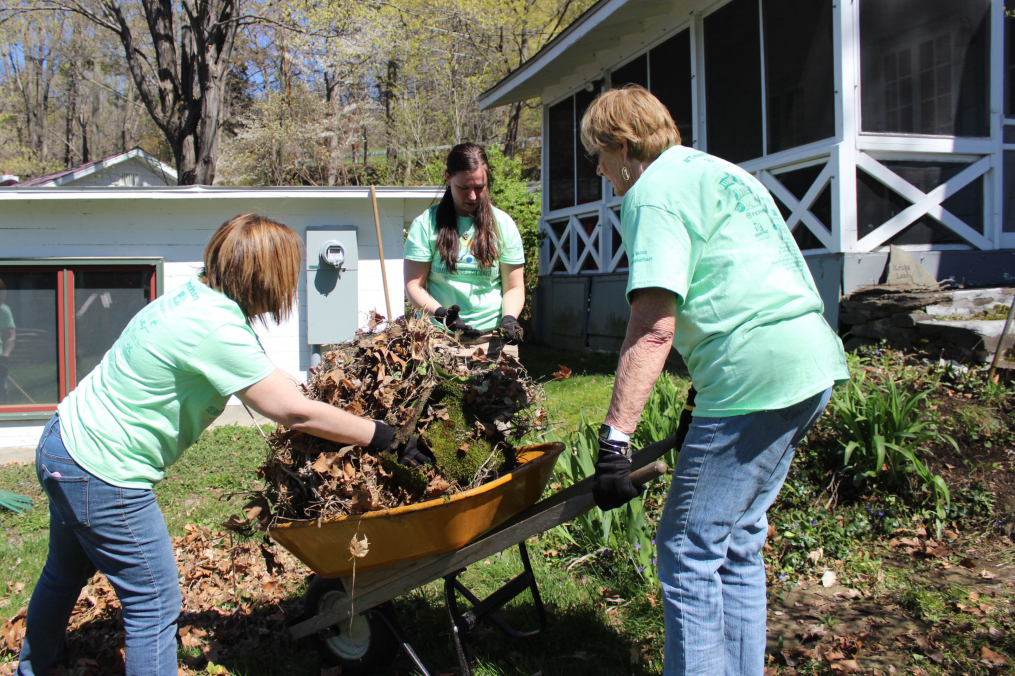 Scores of Keuka College students, faculty, staff, and community residents fanned out across Yates County Sunday for an afternoon of giving back on a day marked by community service, cooperation, and enduring legacy.

Since the annual event was launched by Keuka College student Tracy Swem Morgan in 1997, Linehan was a prominent organizer and driver of the annual event. He died unexpectedly in February.

His spirit imbued Sunday’s activities, however, from the public acknowledgments at the event’s formal opening, to the team of family and friends that took part to honor his memory.

“We are ‘Linehan's Legends,’” family friend Jill Dillon said, describing the team name as they worked at the Arts Center of Yates County’s Sunny Point location in Dundee. “Helping his community was Mike's 'thing.' He loved the lake so much, so helping at Sunny Point is perfect.”

Sunday’s turnout – even the sun made an appearance after days in hiding – was well above the average of about 240 participants. That was particularly heartwarming for Molly Linehan, who lost her husband two months ago.

“I am happy to see this tradition continue, and the number of volunteers increase each year,” she said. “Mike would have been proud of the contributions to the community he loved so much. This is a good way to truly Celebrate Yates.” 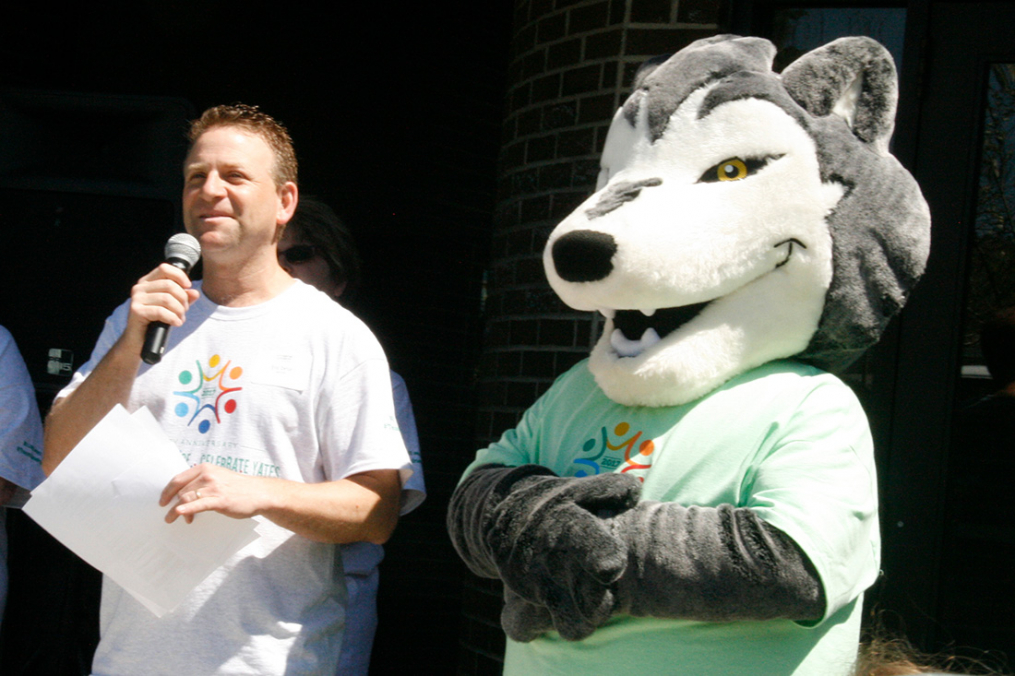 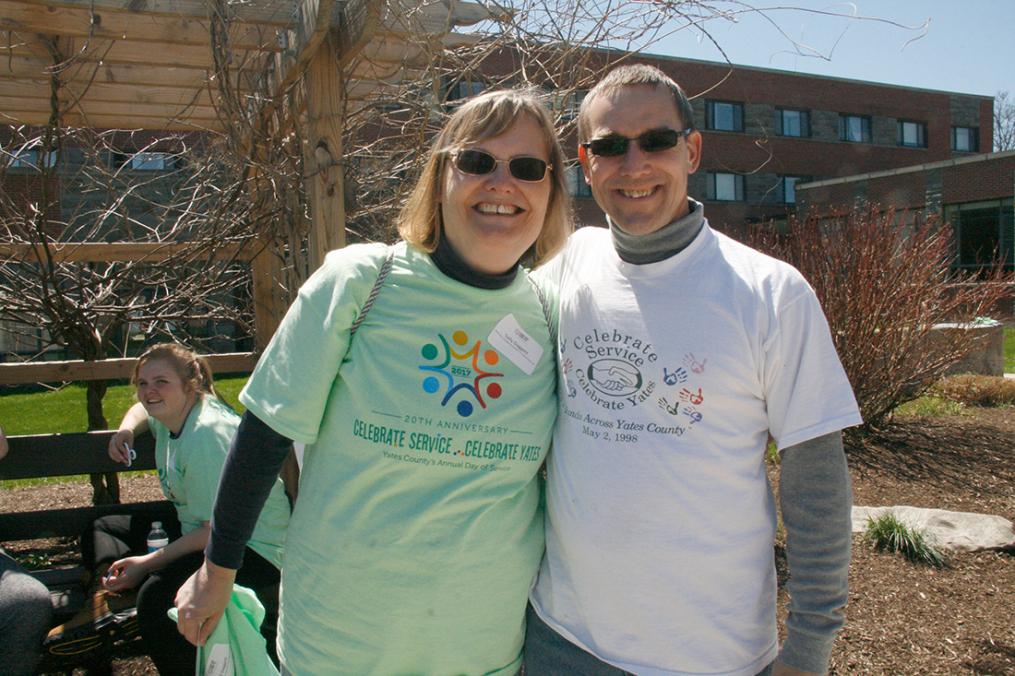 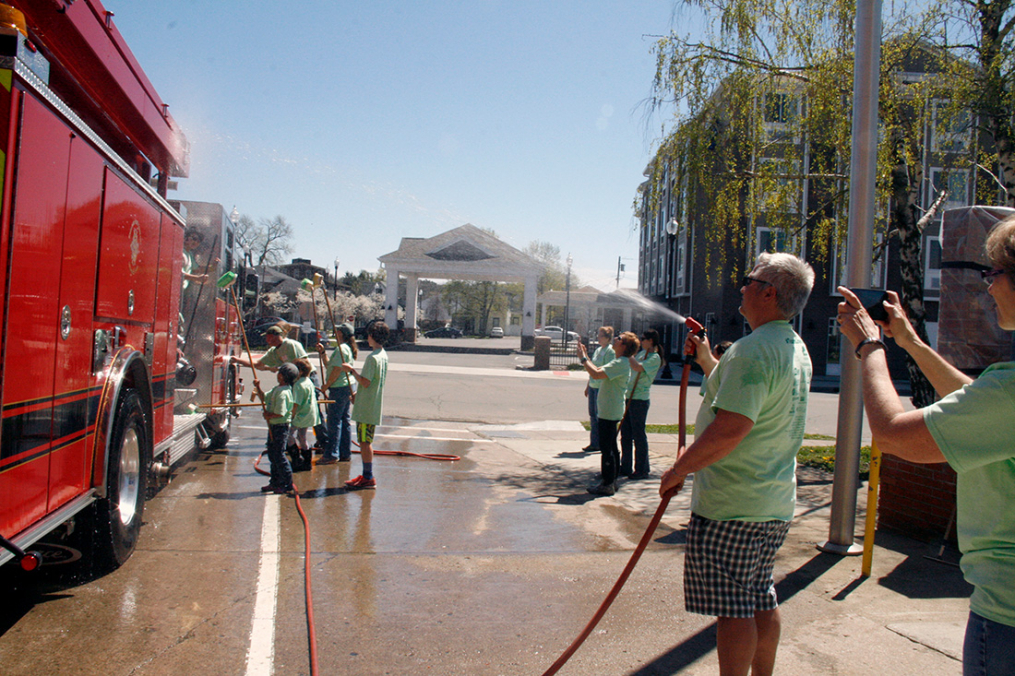 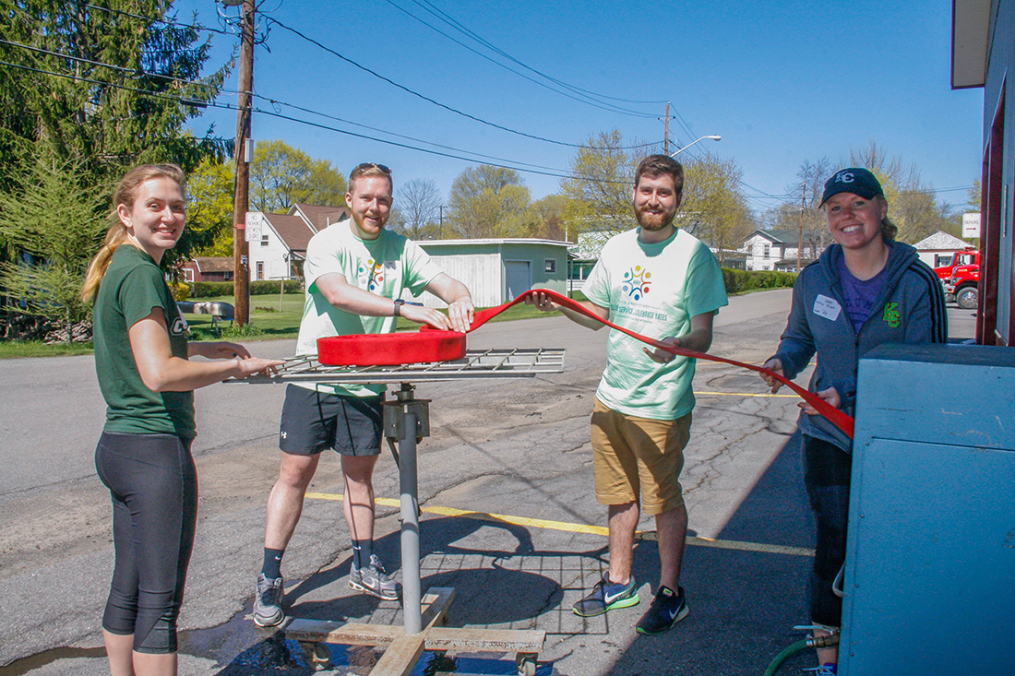 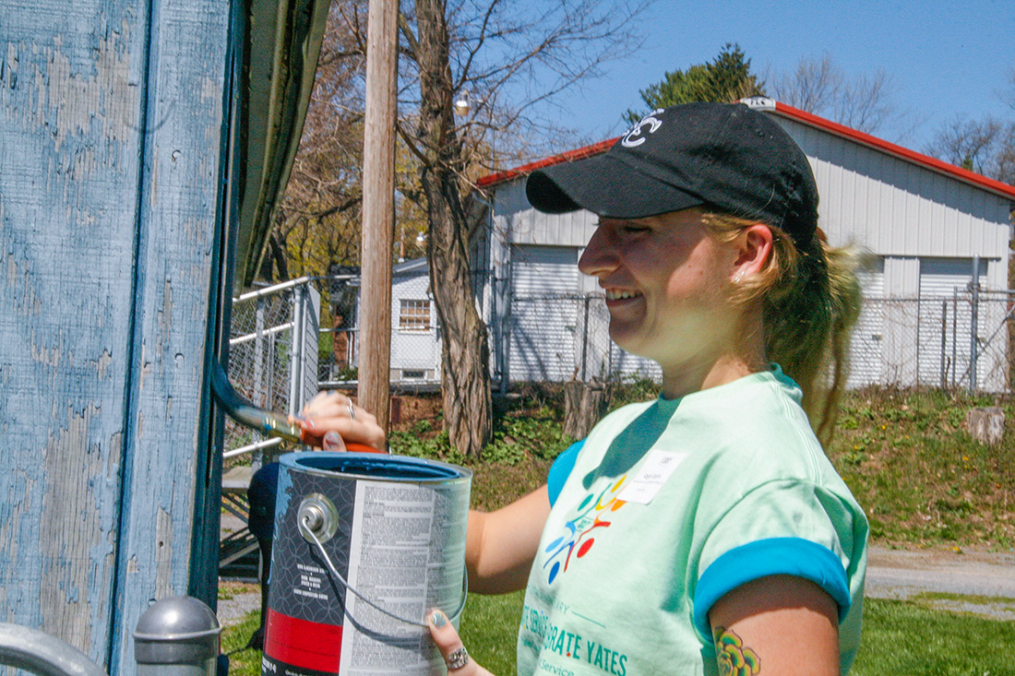 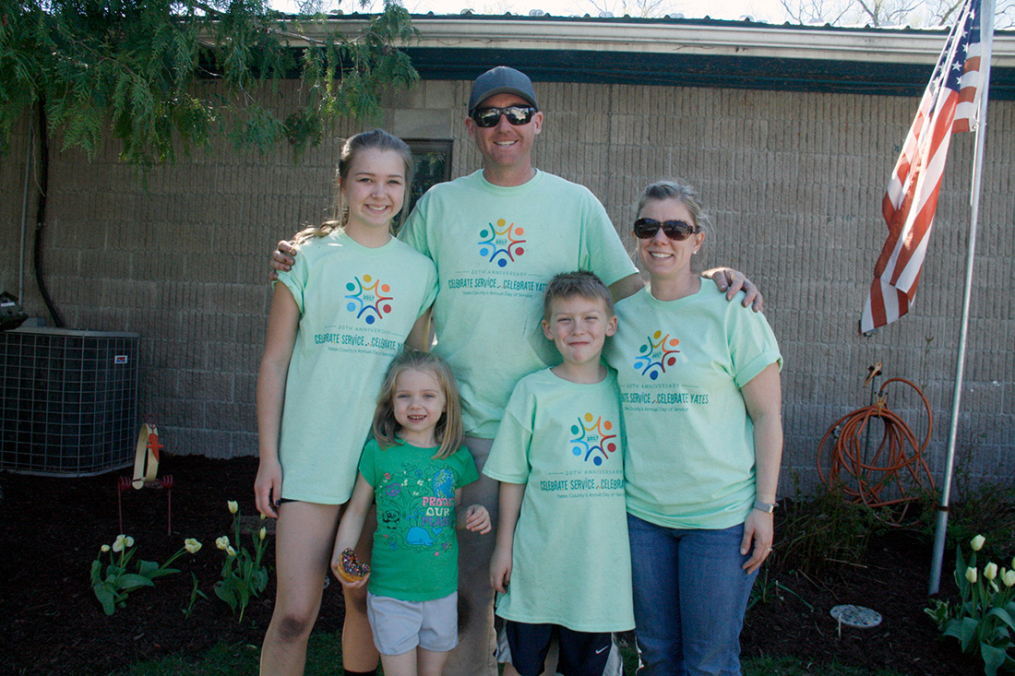 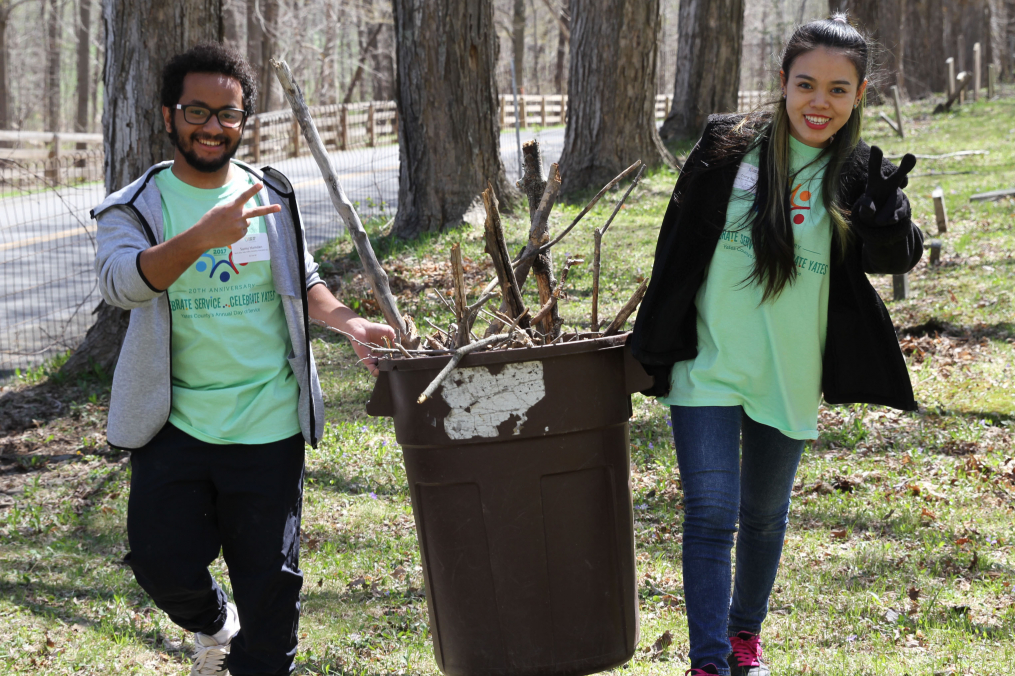 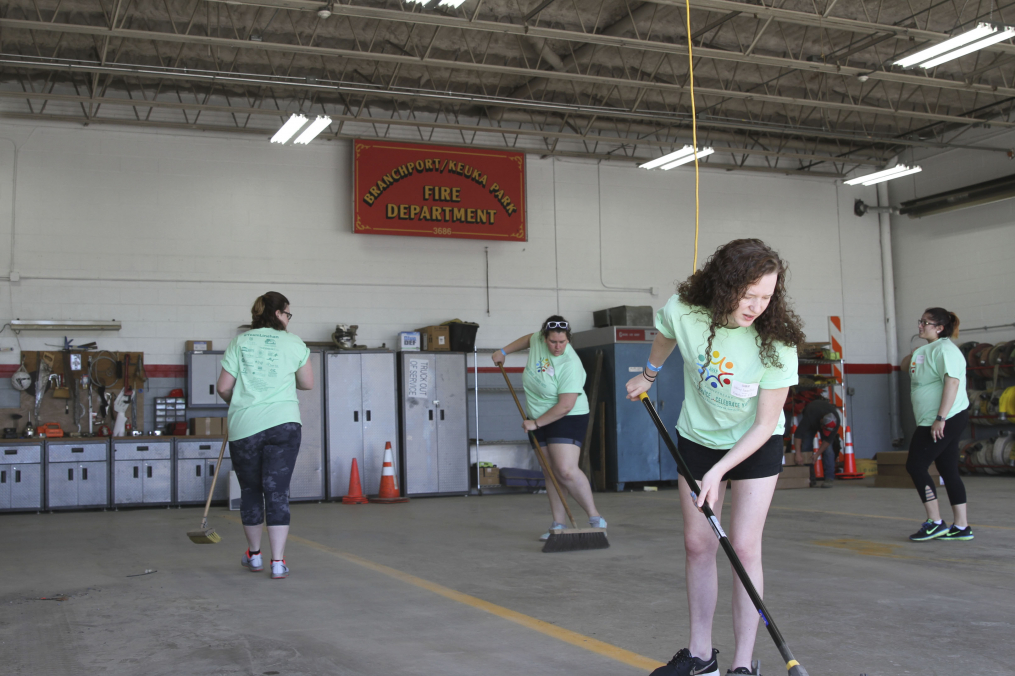 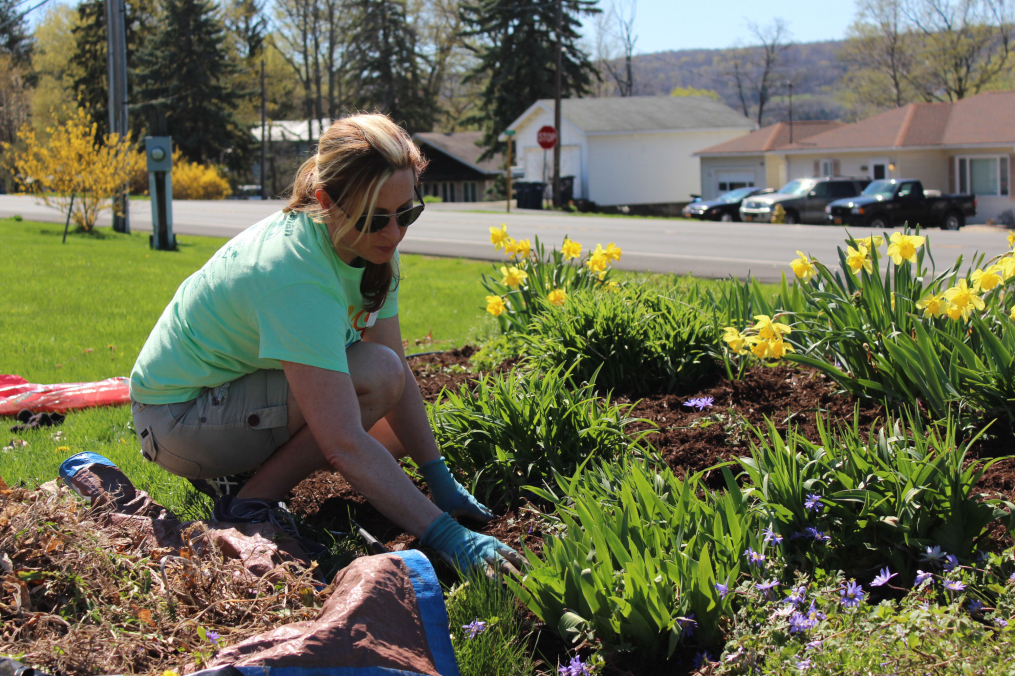 That celebration played out across the county, as participants wielded rakes, shovels, sponges and many other spring-cleaning implements. Also acknowledged: the stronger ties created between Keuka College and the community through the cooperative venture.

“It's a great idea that we get to help out the community as part of Keuka College,” said Alexis Carbonel '19, a first-year volunteer, as she helped clear a portion of the Outlet Trail in Dresden. “We build rapport with the community as we're going through college.”

For some Keukonians, that rapport continues even after graduation.

“Community service was such an integral part of my time at Keuka College that I was excited to learn I would be in town the weekend of the 20-year anniversary,” said Alex Morgan '15, who returned to take part in his fifth CSCY, serving at the Dresden volunteer fire department. “I was able to participate today with two friends, Jeff Miller ‘15 and Bridgett Fletcher ‘15, in a wonderful day of giving!”

Not only past and present Keuka College students but, potentially, those of the future were flashing a little public-service elbow grease Sunday.

“The kids are excited,” said Jen Clancey, who was stationed at the Penn Yan Fire Department with families and children from the Yates County 4-H organization. “Community service is a 4-H value. We always try to incorporate community service, and this kind of event makes it fun.”

Indeed, for all the benefits of CSCY—College-community collaboration, public improvements, celebration of public spiritedness—the fact that it can instill a positive sense of service in young ones may be one of the most important.

That thought wasn’t lost on Jimmy Underhill of Milo Center, who served at Rainbow Junction day care center in Penn Yan with his wife and three children.

“It's our first year, and this is great!” he said while doing some landscaping at the Keuka Street facility. “Our kids did a great job and this is what we're trying to teach them. “

As with many volunteers Sunday, thoughts soon returned to Linehan.

“We knew Mike Linehan as well,” Underhill continued. “I didn't know he had such a big connection to CSCY until the opening ceremony, but they said some wonderful things about him. I'm sure he was missed this year for organizing it.”

Organizers say he was. But that’s the thing about building a legacy. It perseveres. It grows. It maintains the spirit of those who helped shape it.