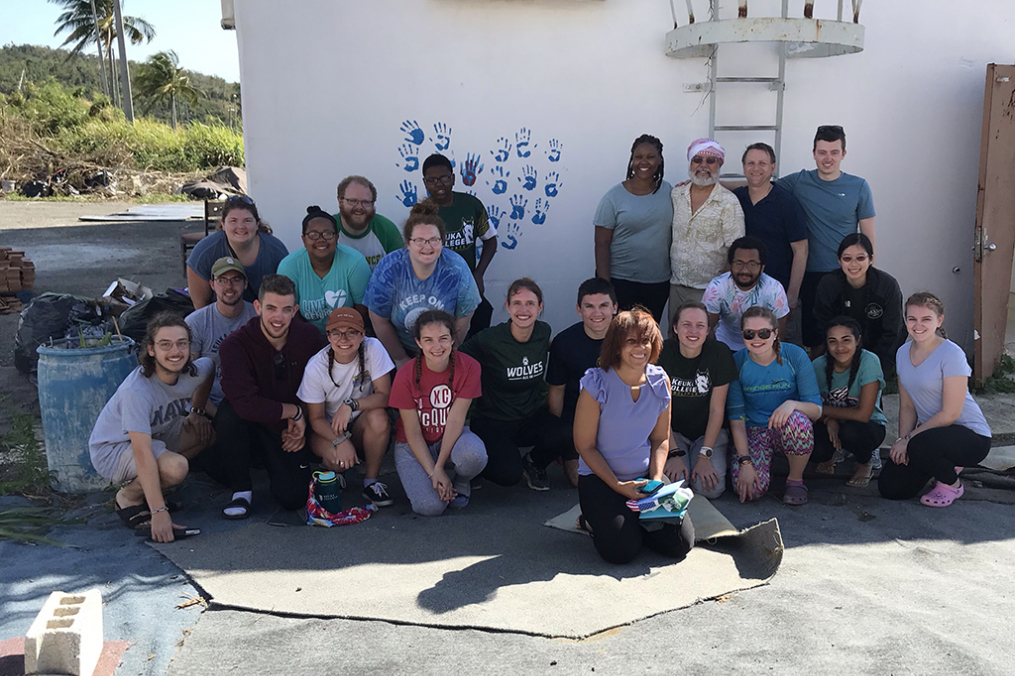 As Keuka College students headed out on spring break last week, a number of them opted – instead of rolling out the beach blankets – to roll up their sleeves.

Twenty-one members of the Keuka College community spent their break on a “working vacation” in Puerto Rico, in partnership with Community Collaborations International. The group stayed in the town of Ceiba, at the Ceiba Economic Development Alliance (Alianza Pro Desarrollo Económico De Ceiba) on the grounds of a former Naval Base.

During what is known as Alternative Spring Break, the group pitched in on a wetlands reclamation project, painted two homes in the nearby municipality of Yabucoa, visited the Boys & Girls Club, and helped revitalize the Alliance’s ecological tourist center.

The contingent also found time between their chores for a catamaran ride and snorkeling in the Caribbean Sea. But it was working for a greater good that made the deepest impression on many students.

“‘As we lose ourselves in the service of others we discover our own lives and our own happiness’ – throughout the week, this quote rang true in so many ways,” says Julie Wheeler ’21. “My eyes were opened on this amazing trip and I discovered an unending feeling of joy in helping others and spending time with those around me who share a common goal of being a light for others.”

Keuka College’s Center for Spiritual Life coordinates the annual Alternative Spring Break travels, which are designed to help students become more familiar with the world, introduce them to new experiences and cultures, and exemplify Keuka College’s commitment to social service. Past trips have seen students digging trenches, volunteering at rehabilitation centers, and building new homes as near as Ohio and as far away as Costa Rica.

Samy Hamdan ’19 has been on several of those past trips.

“At some point of this trip, I shared with the group that it is fascinating, since it is my third Alternative Spring Break trip, to see how the group dynamic changes over the week,” he says. “All the trips that I have been on, we started the trip as strangers and somehow at the end of it we formed a strong bond with each other.”

An important component introduced this year was interfaith engagement activities as part of the group’s evening reflections, says Detar.

“Alternative Spring Break is an incredibly important program in the Center for Spiritual Life,” he says. “Through this program, students learn about themselves, as well as what it means to create and live in community. While it takes a lot of coordination to put a trip like this together, and we always work really hard, it truly is a once-in-a-lifetime experience.”

That was certainly the experience of Bethany Pendl ’20.

“This journey was life changing,” she says. “No words I can think of are enough to describe how much I learned.”

Samy, too, says the interfaith engagement was a key addition.

“The bond of this trip is even stronger than other trips,” he says. “I believe adding interfaith engagement into it strengthened our bond.”

The Alternative Spring Break team received several sponsorships from the local community, including the Hattie Hardman Tithe Committee, the First Presbyterian Church, St. Mark’s Lutheran Church, the Second Milo Baptist Church, the Penn Yan United Methodist Church, and St. Luke’s Episcopal Church in Branchport. Individual donations were also made, along with support from the College’s Student Senate. The students will be making presentations to these communities over the next several of weeks. 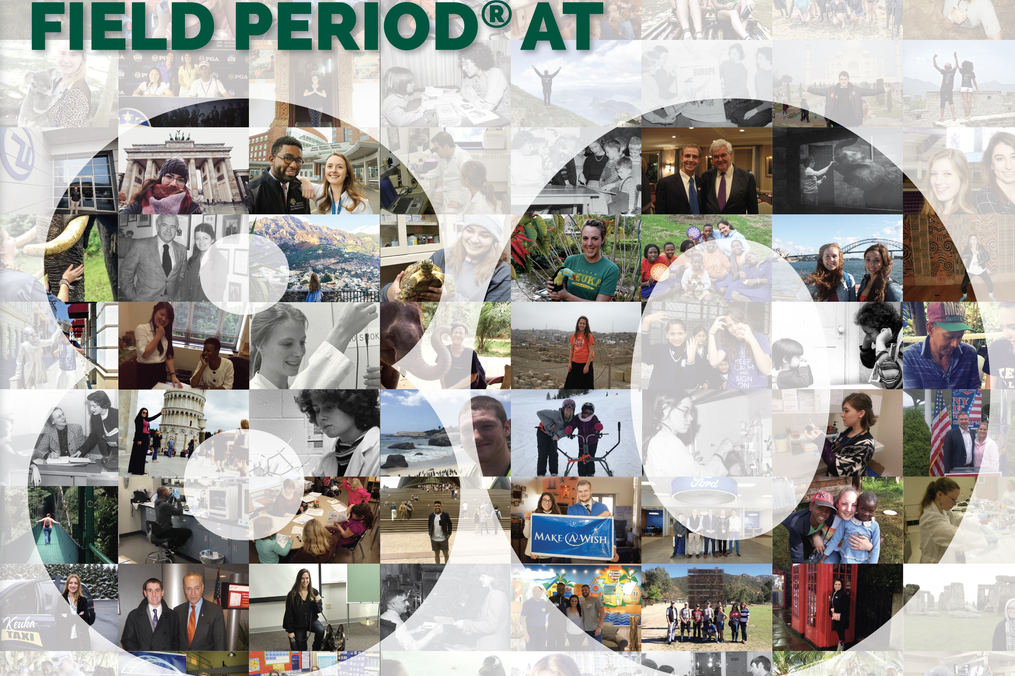 Keuka College was one of the first to implement an immersive experiential-learning component into its curriculum. Eight decades later, it remains unrivaled.