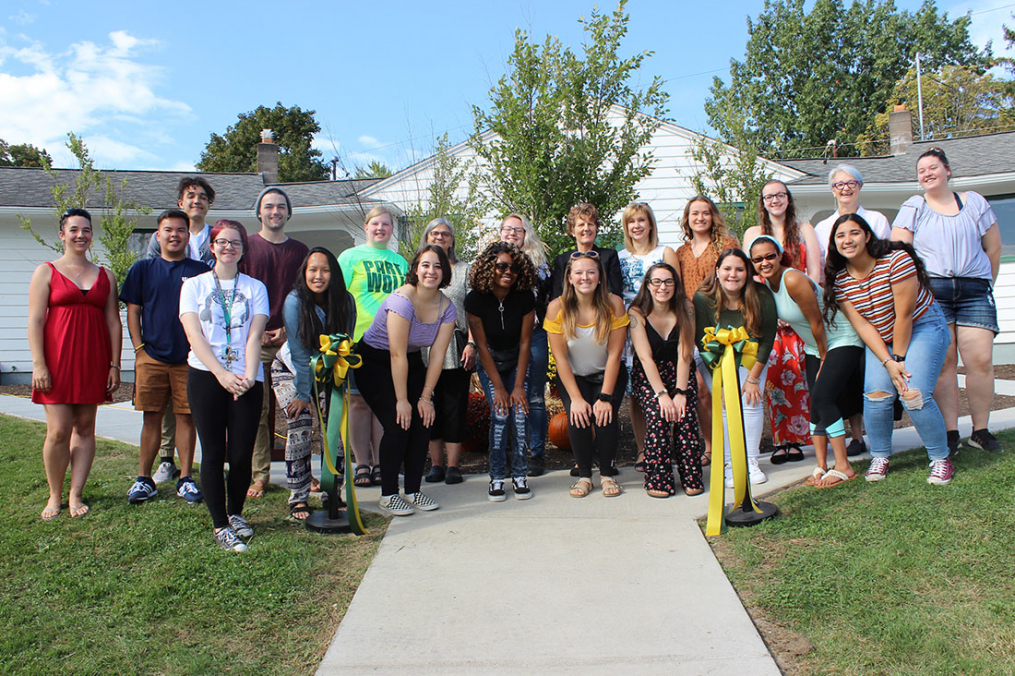 On the Keuka College campus, it has been a weekend of reconnections, celebrations … and unveilings.

The American Sign Language/ASL-English Interpreting Center, a newly built greenhouse, and new and expanded lab facilities for the Nursing program were all thrown open to the public on Saturday.

A large crowd turned out for the ASL dedication. The program was conducted last year in temporary quarters in the Dahlstrom Student Center – a turn of events that did nothing to impede instruction: The Chronicle of Higher Education’s rankings of “Which Colleges Grant the Most Bachelor’s Degrees in Foreign Languages” listed Keuka College as No. 11 nationally under the ASL category.

“Keuka College’s ASL students and professors make up a distinct and active community – in many ways, it’s more like a family,” she said just prior to the ribbon-cutting. “But a family needs a place to call home. And today, the ASL/ASL-English Interpreting department has that place. And what a place!”

The greenhouse, adjacent to the Jephson Science Center, replaces its aging predecessor, built as part of the original structure in 1961.

“It’s an important tool for our natural sciences students,” noted President Amy Storey. “They’ve got great opportunities for environmental studies throughout the region and alongside a beautiful, glacial lake. Now they can augment those field studies with the type of learning environment they need here on campus.”

Support from Board of Trustees members Martha and Mark Dieter, Crystal Gips ’65, Sally and Bob Kuehl, and Donald and Chris Wertman helped fund the project.

“We are so very excited to have nursing students back on campus and the new lab provides them with the space and equipment necessary to apply their new knowledge as they refine their nursing skills under the guidance of expert faculty,” said Dr. Beth Russo, Division Chair of Nursing. “We’re looking forward to educating the competent and compassionate nurse clinicians of the future here!”

Meanwhile, up at the turf field of the Jephson Community Athletics Complex, a pair new sideline shelters were formally dedicated Saturday.

The shelters, made possible thanks to alumni support led by Marc Misiurewicz ’95 and Tim Jones ’95, were dedicated in memory of the late Andrea Brauer Dowling ’96.

Andrea and her twin sister, Adrienne, were both members of the women’s soccer team from 1992-96, and were both inducted into the Dr. Arthur F. Kirk, Jr. Athletics Hall of Fame in 2017. Andrea lost her seven-year battle with breast cancer in February 2017.

Members of Andrea’s family were in attendance for the dedication. 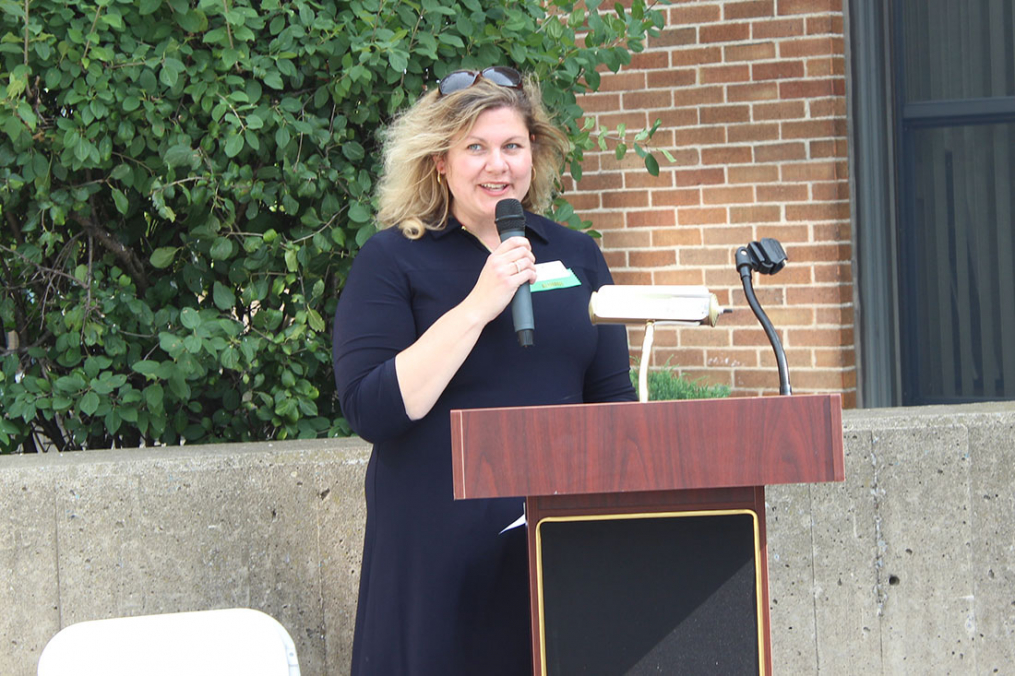 Division Chair of Nursing Dr. Beth Russo speaks to the crowd during the unveiling of the program's new labs in Harrington Hall on Saturday, Sept. 28. 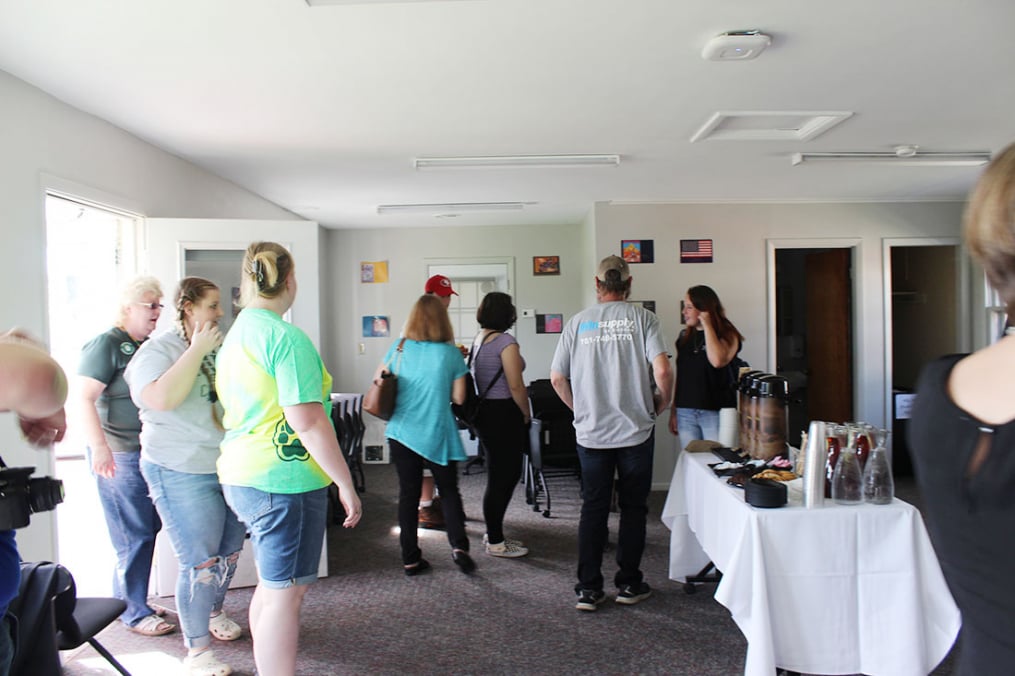 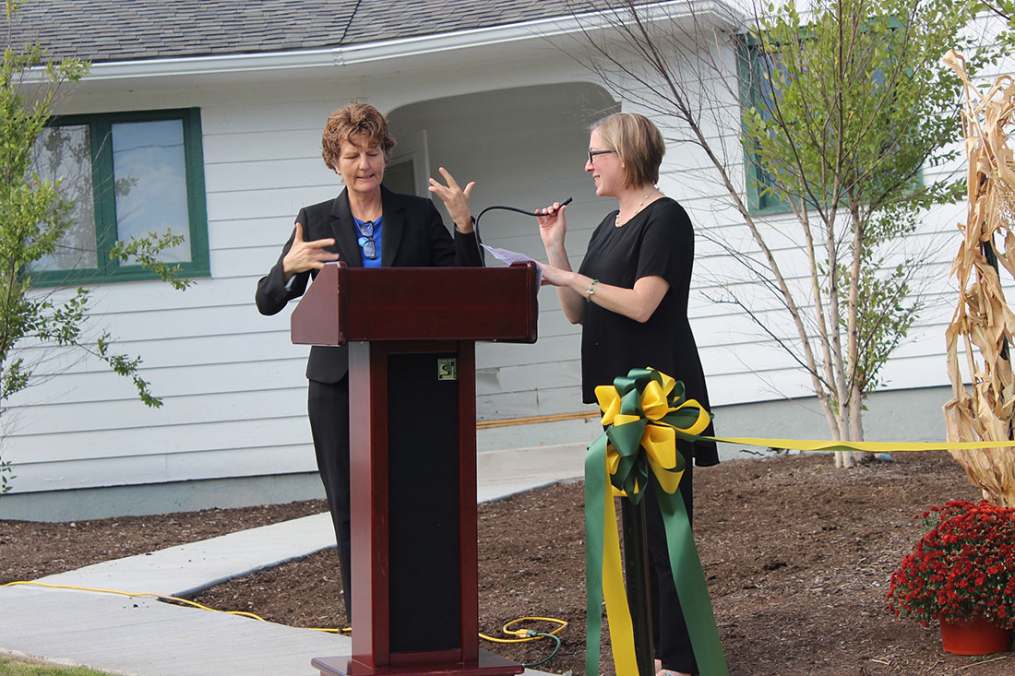 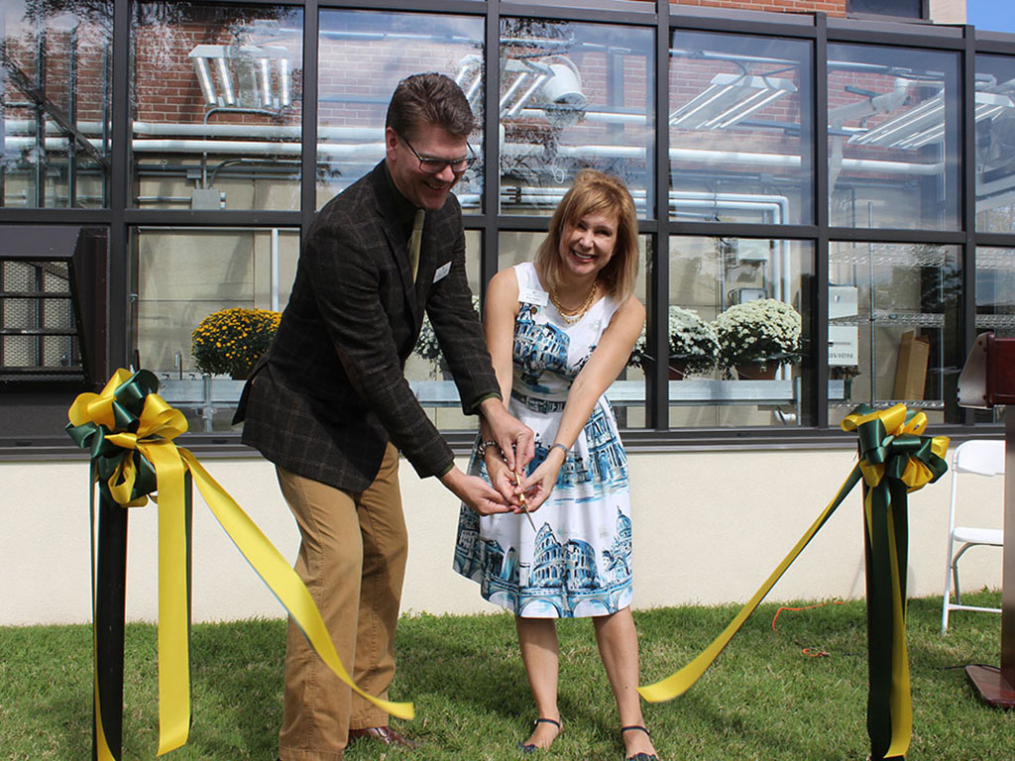 Chair of the Division of Natural Sciences and Mathematics Dr. Mark Sugalski and Keuka College President Amy Storey cut the ribbon on the new Greenhouse at the Jephson Science Center on Saturday, Sept. 28. 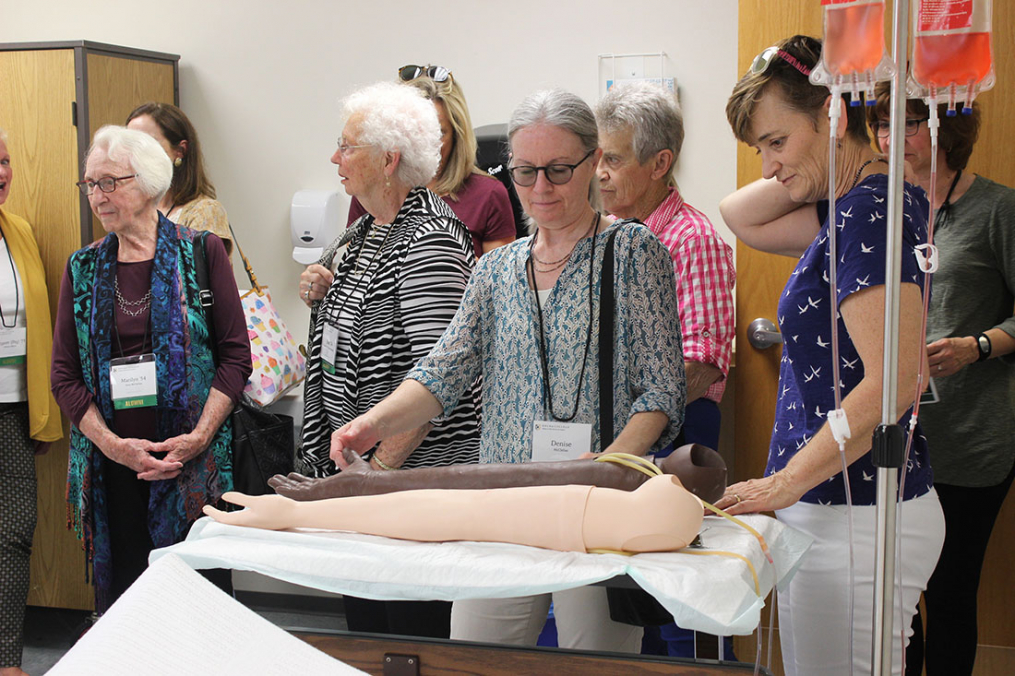