A national publication cites the College for its “outsize influence on colleges with esports.” 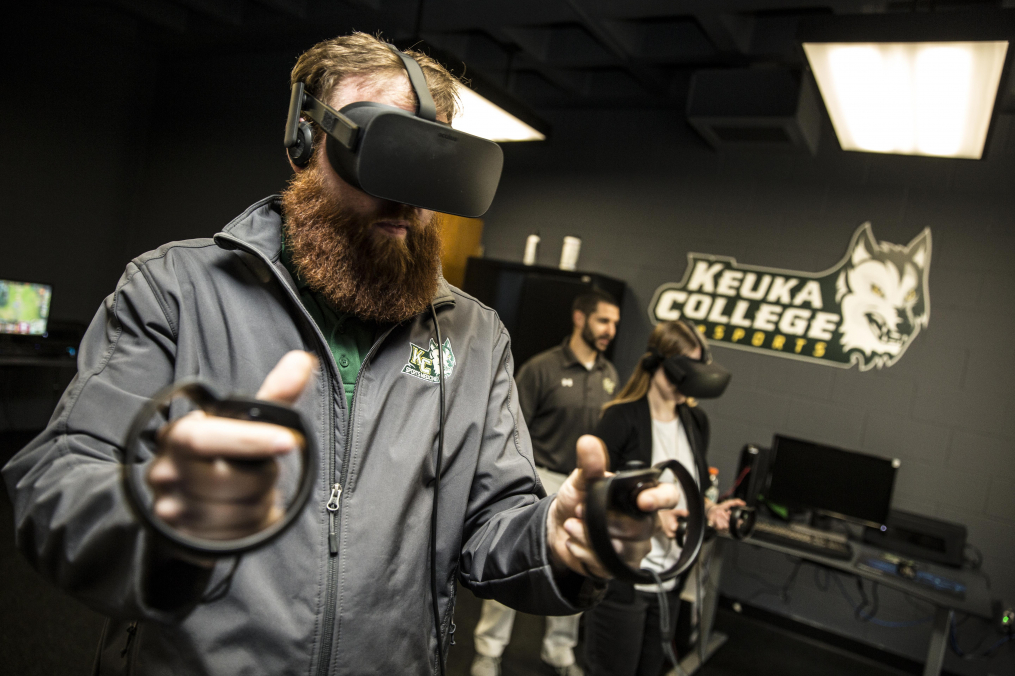 University Business magazine profiled the successful program this month in a story headlined “2 models for powering your esports program.”

“Keuka College, a small school in New York’s Finger Lakes region, has had an outsize influence on colleges with esports,” the story began.

What started a few short years ago as a cutting-edge athletics component – Keuka College was the one of the first colleges in New York to compete in video-gaming and the first Division III college to establish a varsity team – is now also an up-and-coming academic discipline.

University Business noted the College’s Esports management minor will soon be joined by a corresponding major. It also highlighted the program’s popularity.

“Recruiting has also gotten a boost at the 1,700-student school,” the article notes. “About 100 incoming students in fall 2019 indicated an interest in esports.”

“It’s those extra co-curricular activities that make or break where students decide to go,” said College Vice President for Enrollment Management and Student Development Mark Petrie, who was interviewed for the article.

University Business caters to senior officers at two- and four-year colleges nationwide. It has a circulation of more than 45,000 print subscribers and some 41,000 online.

This is not the first time the College’s Esports program has attracted attention beyond campus. Syracuse television station WSYR profiled the College’s esports athletes in a March 2018 feature.