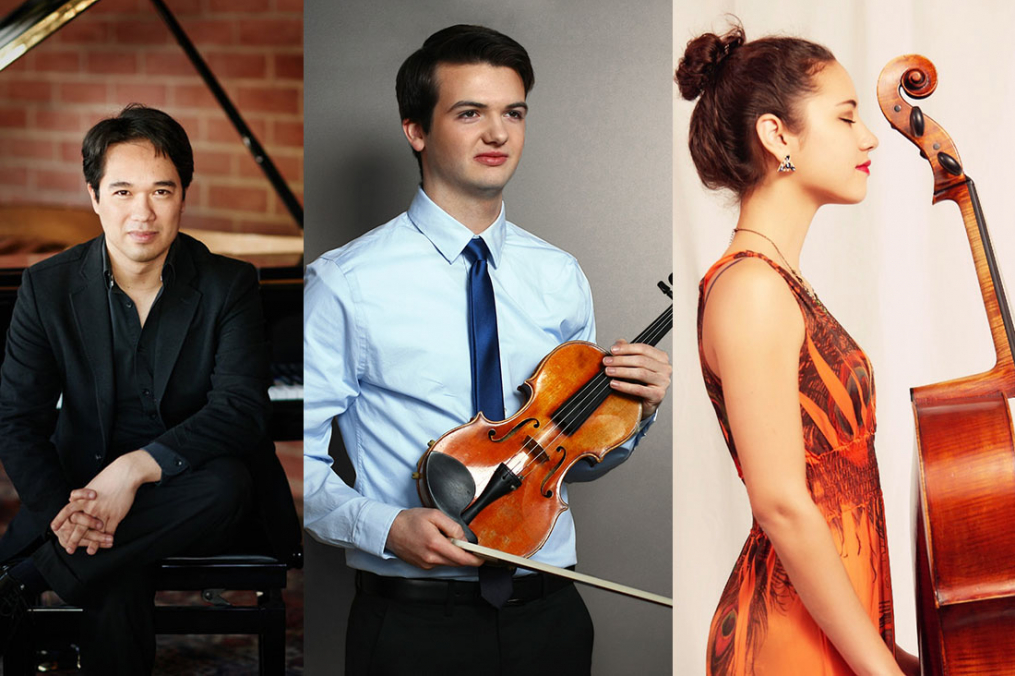 Keuka College will host a performance by members of the Keuka Lake Music Festival Thursday, Aug. 16, as part of the festival’s 2018 concert series.

Open to the public, the concert begins at 7:30 p.m. in the College’s Norton Chapel. A pre-concert conversation begins at 7 p.m. Tickets are $20 (free for children and students), and can be purchased online or at the door.

Mr. Bognár has taken the stage in Los Angeles, New York, Chicago, Munich, Brussels, Vienna, and in Tokyo’s Suntory Hall. A frequent performer of chamber music, he plays with the Cleveland Orchestra in live NPR broadcasts. Among his awards are two International Festival Society Grants, and he has delivered two TED talks.

Mr. Kennedy, a Penn Yan resident and the Keuka Lake Music Festival founder,serves as principal second violin of the Atlantic Symphony Orchestra in Weymouth, Mass. As concertmaster, he has led the New England Conservatory Chamber Orchestra, the Moritzburg Festival Orchestra in Germany, the Cleveland Institute of Music (CIM) Orchestra, and the Rochester Philharmonic Youth Orchestra. Mr. Kennedy has appeared as soloist with such orchestras as the CIM Orchestra, the Orchestra of the Southern Finger Lakes, and the Penfield Symphony Orchestra.

Ms. Wang is pursuing a double master’s degree at New England Conservatory (NEC), where she regularly conducts its Lab Orchestra and Contemporary Music Ensemble. During her time at NEC, she has earned fellowships with the Grammy-nominated ensemble, A Far Cry, and the Boston Chamber Music Society.The winner of the Carnegie Mellon School of Music Concerto Competition, Ms. Wang has also received the Pittsburgh Female College Association Prize, the Carnegie Mellon Women’s Award, and the 2015 Presser Undergraduate Scholar Award, among other awards.

Ms. Anthony has performed as a soloist and chamber musician throughout North America, Europe, and Asia. She has played with the Shanghai City Symphony, the Honolulu Symphony, and the Northwestern University Symphony Orchestra, among others. An avid chamber musician, Ms. Anthony is a recent recipient of the Jerome and Elaine Nerenberg Foundation Scholarship from the Musician’s Club of Women in Chicago, and was the first prize winner of the 2017 Samuel and Elinor Thaviu String Performance Competition.

Founded in 2017, the Keuka Lake Music Festival is dedicated to bringing the highest quality classical music to the Finger Lakes region. It features rising stars performing alongside firmly established musicians, and is committed to community enrichment and artistic excellence.