An officer of the Ganandagan State Historic Site outlines the impact of Hodinöhsö:ni’ women throughout history. 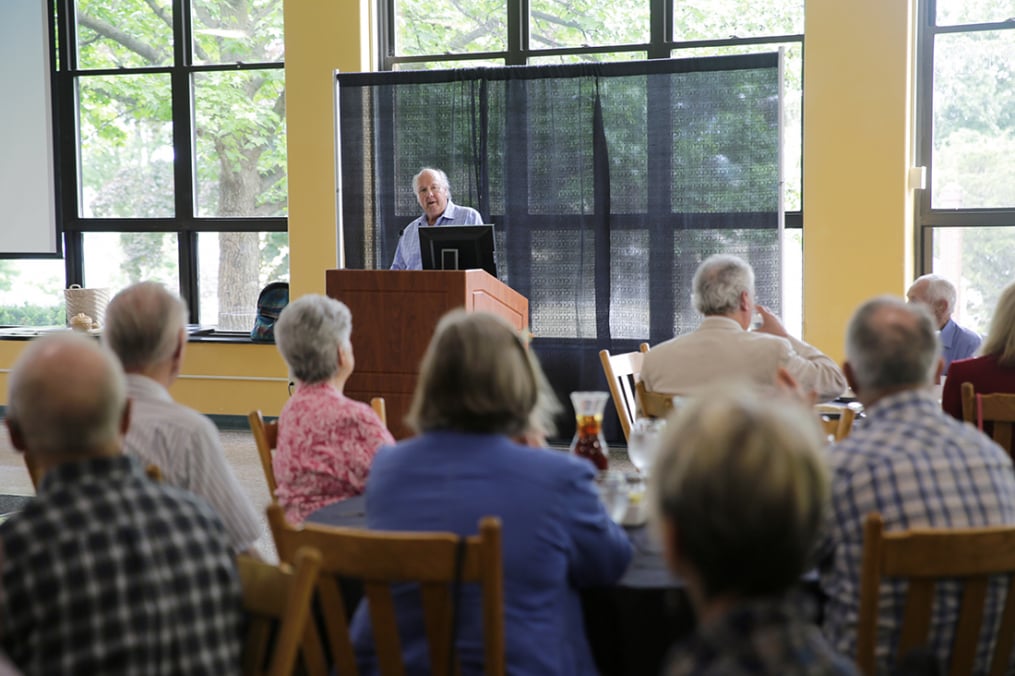 A crowd of about 85 Keuka College and community members gathered Wednesday, June 20, to learn about the history of local Native American women as part of the ongoing Community Luncheon Series.

Mr. Jemison explained some of the ways in which the Hodinöhsö:ni’ women have acted as positive forces throughout the region and the world, and provided a glimpse into their complex way of life and customs.

The exhibit touches on five important moments throughout history when Hodinöhsö:ni’ women have had a major impact.

Also speaking at Wednesday’s luncheon were College Vice President for Advancement and External Affairs Amy Storey and Director of Community Relations and Events Kathy Waye, who welcomed those in attendance and touched briefly on the importance of the connections between the College and the community, as well as the College’s major campaign, called The Next 125: The Comprehensive Campaign for Keuka College. 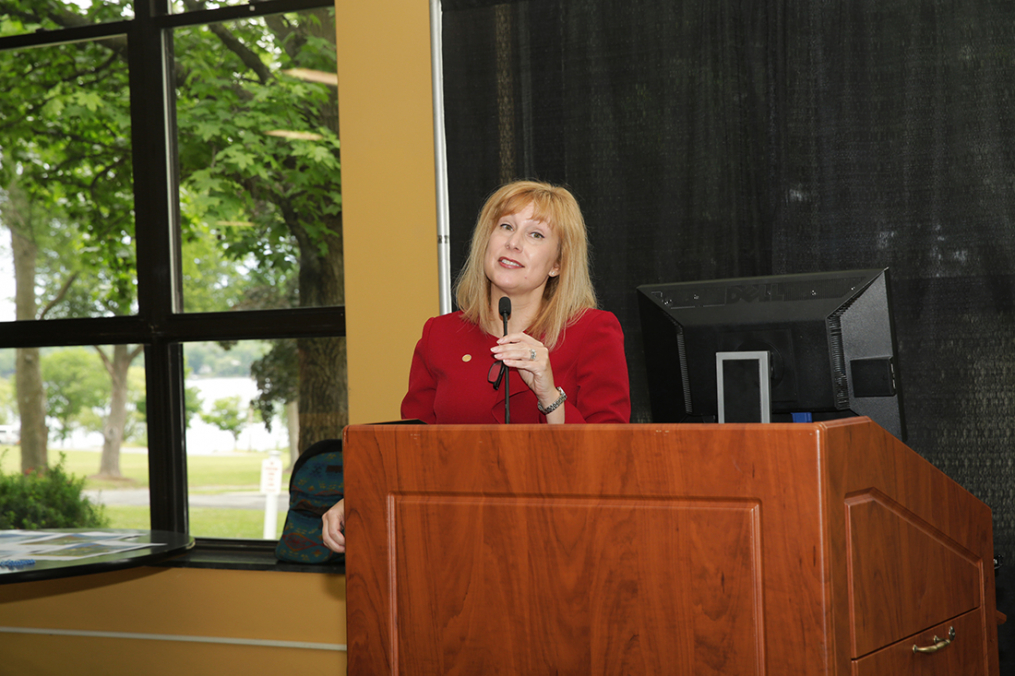 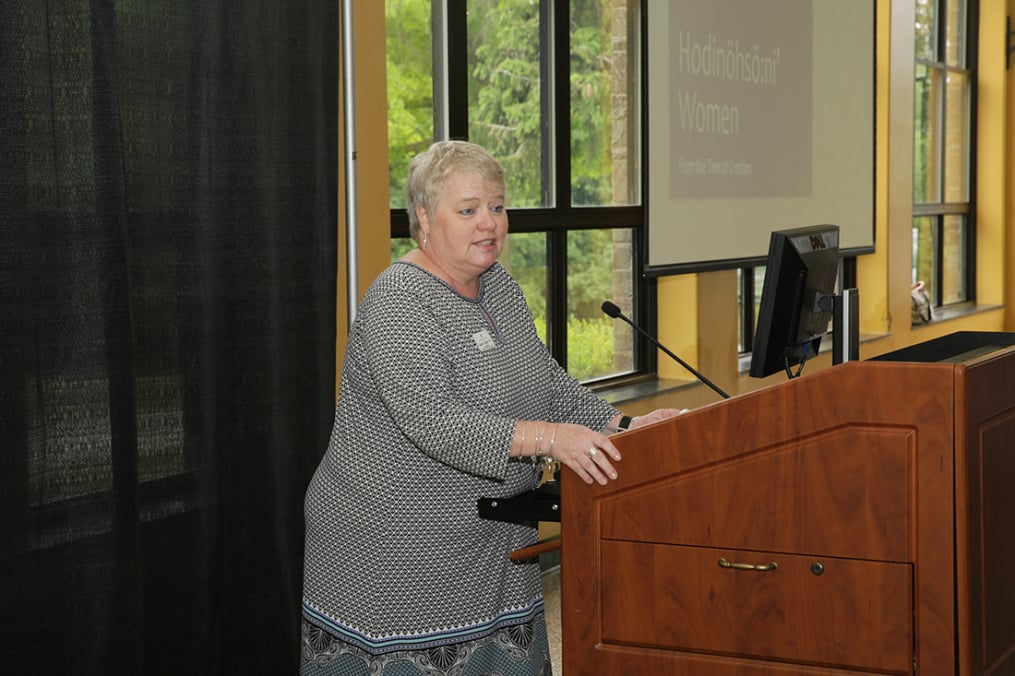 Keuka College Director of Community Relations and Events Kathy Waye says a few words about the connections between the College and the community during the community luncheon. 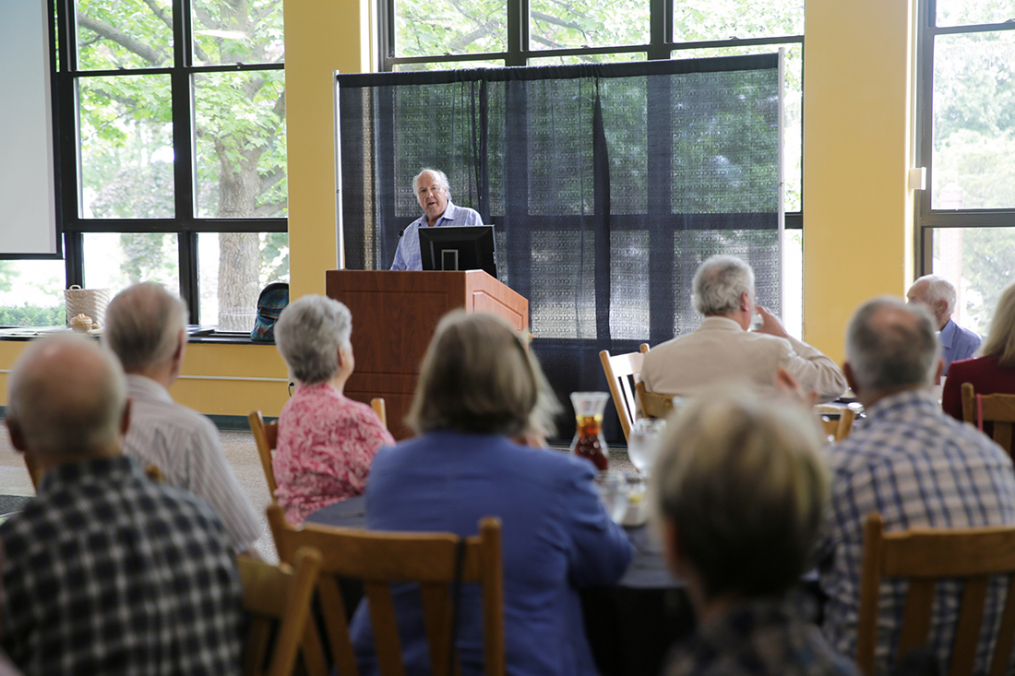