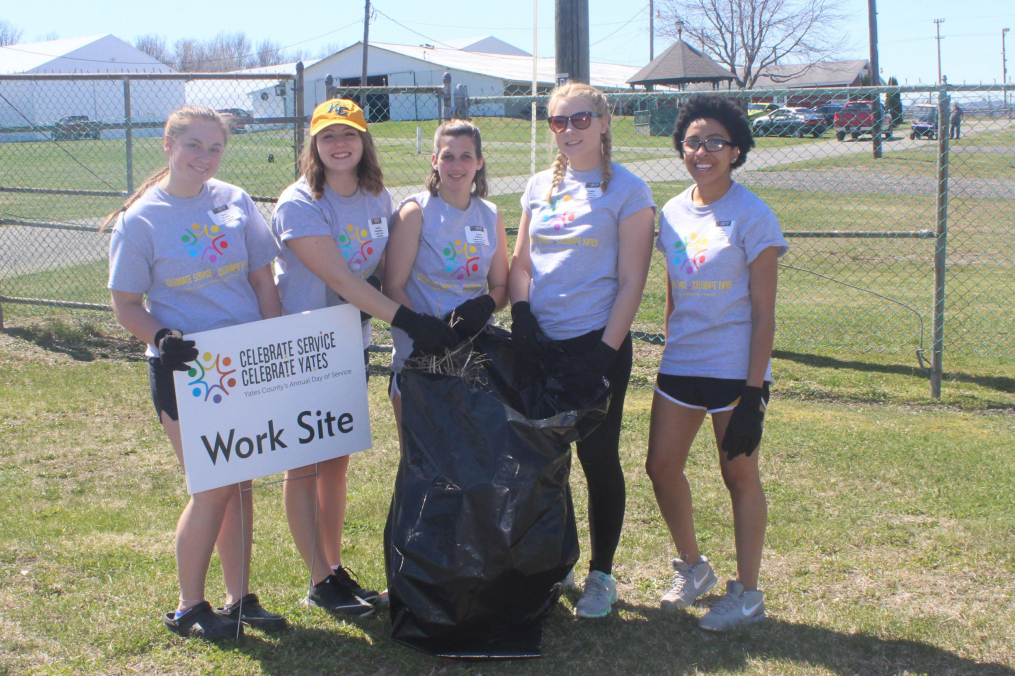 Keuka College has again been named to the President’s Higher Education Community Service Honor Roll, the highest federal recognition a college or university can receive for its commitment to community, service-learning, and civic engagement.

Keuka College was one of 12 schools in New York state to earn Honor Roll with Distinction recognition. Honorees are chosen based on a series of selection factors, including the scope and innovation of service projects and measurable community outcomes as a result of the service.

In the past year, Keuka College students dedicated nearly 132,000 hours of service to the community. Some of the many local organizations and programs that benefit from the time and talents of College students include: Yates County Humane Society; Clinton Crest Manor; Child and Family Resources Inc; Penn Yan Head Start; Celebrate Service… Celebrate Yates; Milly’s Pantry; the Arts Center of Yates County; Habitat for Humanity, and the Once Again Shoppe.

Administered by the Corporation for National and Community Service (CNCS) since 2006, the President’s Higher Education Community Service Honor Roll annually highlights the role colleges and universities play in solving community problems, and placing more students on a lifelong path of civic engagement by recognizing institutions that achieve meaningful, measurable outcomes in the communities they serve.

CNCS oversees the Honor Roll in collaboration with the U.S. Department of Education, Department of Housing and Urban Development, Campus Compact, and the American Council on Education. It is a federal agency that engages more than 5 million Americans in service through its Senior Corps, AmeriCorps, and Learn and Serve America programs, and leads President Obama’s national call to service initiative, United We Serve.