The College’s first new building in 40 years features will serve many purposes. 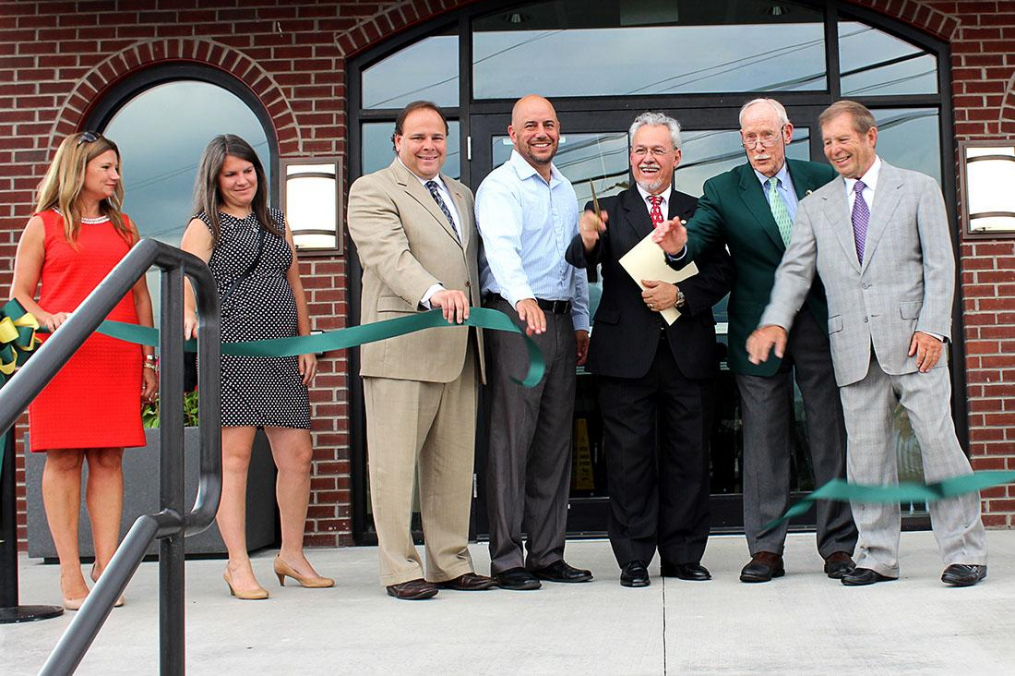 Keuka Commons is the new home of the bookstore; the Health and Counseling Center, with new, effective and state-of-the-art space; the Division of Business and Management; the Center for Professional Studies; the Wertman Office of Digital Education (WODE); the Center for Business Analytics & Health Informatics; and the Wolf Den Café, which will serve Starbucks coffee.

“This monumental effort has only been possible because of the collective imagination, motivation, and courage of many individuals who, like us, cherish Keuka College dearly and share our vision and aspirations for the College’s future,” says Keuka College President Jorge L. Díaz-Herrera.

Some of those include New York State Governor Andrew Cuomo, who, through the Finger Lakes Regional Economic Development Center, awarded the College funds to create the Center for Business Analytics & Health Informatics.

The Commons also provides three state-of-the-art classroom spaces that include new technology the College’s faculty can use interactively during lecturing. In addition to student third spaces, there are 45 new faculty and staff offices on the second floor, and three conference rooms.

“The College’s executive leadership also played a significant role in supporting the project from its inception, I thank them for this and for the careful planning and execution that followed,” says President Diaz-Herrera. “I would also like to thank the Board of Trustees, without whose support this would not have been possible. And finally, the Keuka College community, faculty, staff, students, as well as our Keuka Park neighbors, for enthusiastically receiving and supporting the idea.”