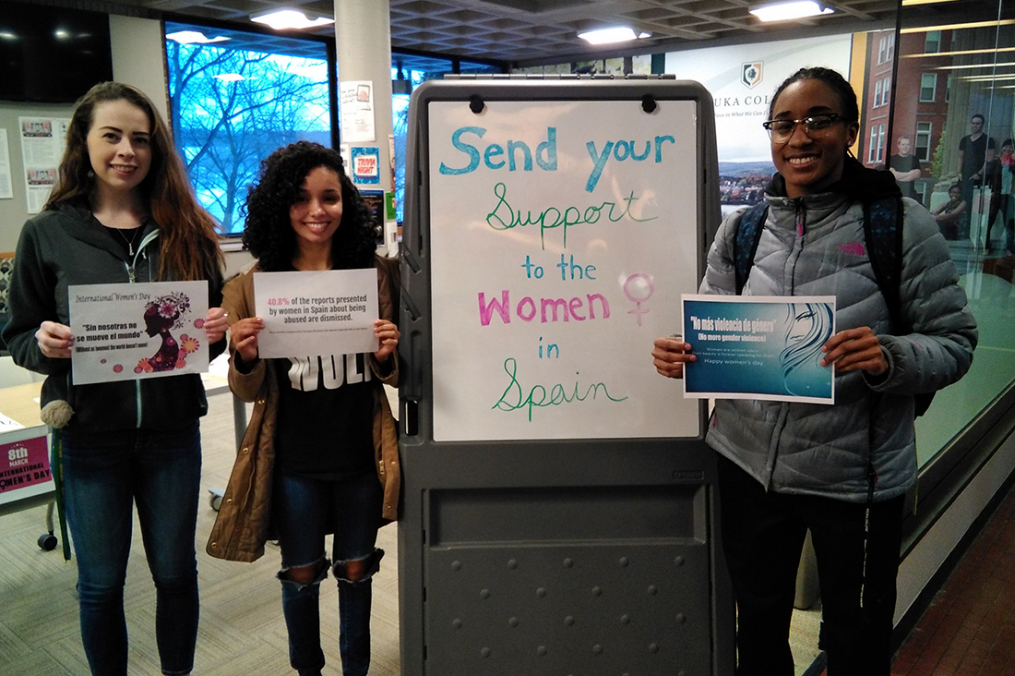 But he keeps an eye on goings-on in his native Spain.

So he knew that International Women’s Day, commemorated on March 8, held special meaning in his home country, where women took to the streets to protest disparities like the salary gap.

“There were massive demonstrations in the streets,” Alejandro said. “They wanted to show to the people how important the work they do is.”

Meanwhile, Alejandro set up several signs in Phillips Lounge that day and invited students to take photos in a show of support. Some 200 took part, he said.

Alejandro has made many of the photos available in a public dropbox.