The College’s Political Science, History, and Pre-Law Club will host a lecture by Yates County officials on March 14. 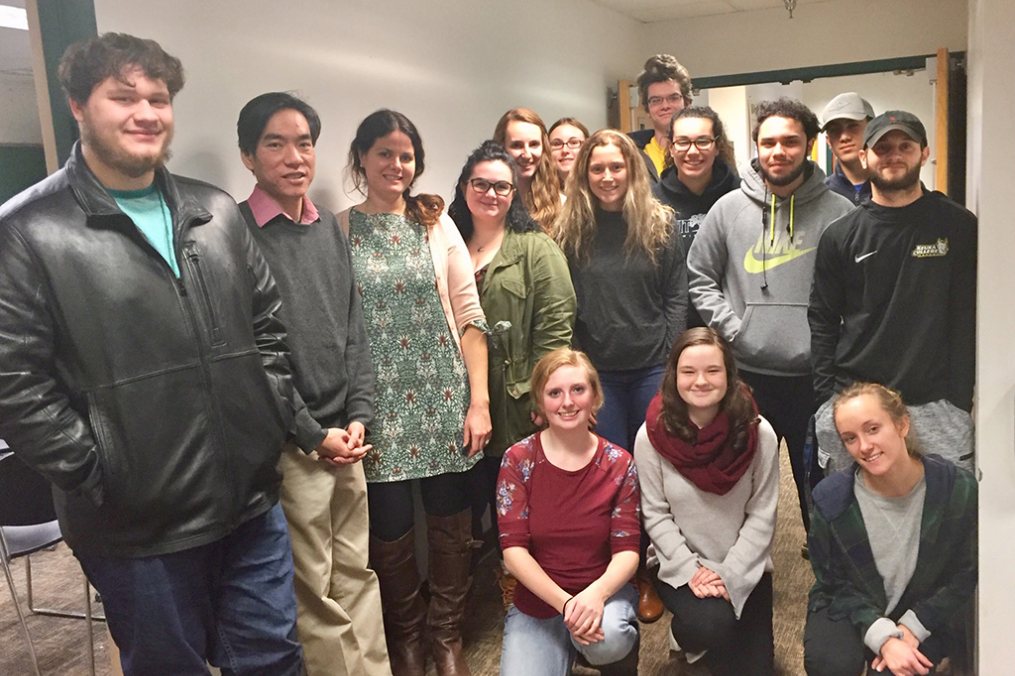 “We wanted to try to add value to the club,” says Ann Stull ’20, the group’s vice president. “That’s where the idea for the speaker series came from.”

Both lectures are free and open to the public.

“The members decided that if they’re going to do something, it needs to be something that clearly is meaningful and clearly has impact,” says Associate Professor of Political Science Dr. Angela Narasimhan, the club’s advisor since 2013.

That desire for substance was fueled in part by the club’s voter registration drive this past fall. From a home base in Phillips Lounge, club members spent four straight Wolf Pause periods “corralling students,” as Ann put it.

“We asked them if they knew whether they were registered, we showed them how to look it up, and we explained the importance of voting,” says Ann, a History/Political Science major (with a second major in Business Management).

“They even got local Yates County Democrats and Republicans to pay for stamps,” adds Dr. Narasimhan, which provided postage for students sending in voter registration forms.

The result was impressive: Approximately 80 students registered to vote.

The success fanned the flames of enthusiasm among the club of about 30 members, leading to increased activity – including the speaker series.

“Local government isn’t highlighted enough,” says Ann, citing next Thursday’s county-level guest speakers. “That’s the place where you can make the biggest impact. Learning from our county legislator and county treasurer expands our knowledge and helps us to go forward.”

Club members hope to lure additional lawmakers to campus before semester’s end, including at the state and federal level.

When it comes to soliciting candidates, or any other club events, ideology does not come into play, says Dr. Narasimhan.

“Our club is very diverse in terms of viewpoints; we have conservatives, liberals, people in between,” she says. “And that’s a point of pride. We have people that have worked on opposing campaigns.”

Ann, who has interned with local Rep. Tom Reed, a Republican, concurs.

“People have done things on either side of the aisle,” she says. “And everybody has always been very respectful.”

Active club members can be found beyond campus – way beyond.

Students Eli Halperin, Beka Herman, and Kirstin Liddell are in the nation’s capital this semester on internships achieved through the SUNY Brockport Washington program.

Such experience can be invaluable, as Ann points out, especially for someone with an eye on a career in public service.

“If you want to go into politics,” she says, “the best way is to work your way up.”