‘You Never Know Where You’re Going To End Up’

For Carolyn McLaughlin ’76, seeds planted at Keuka College may blossom in the Albany, N.Y., mayor’s office. 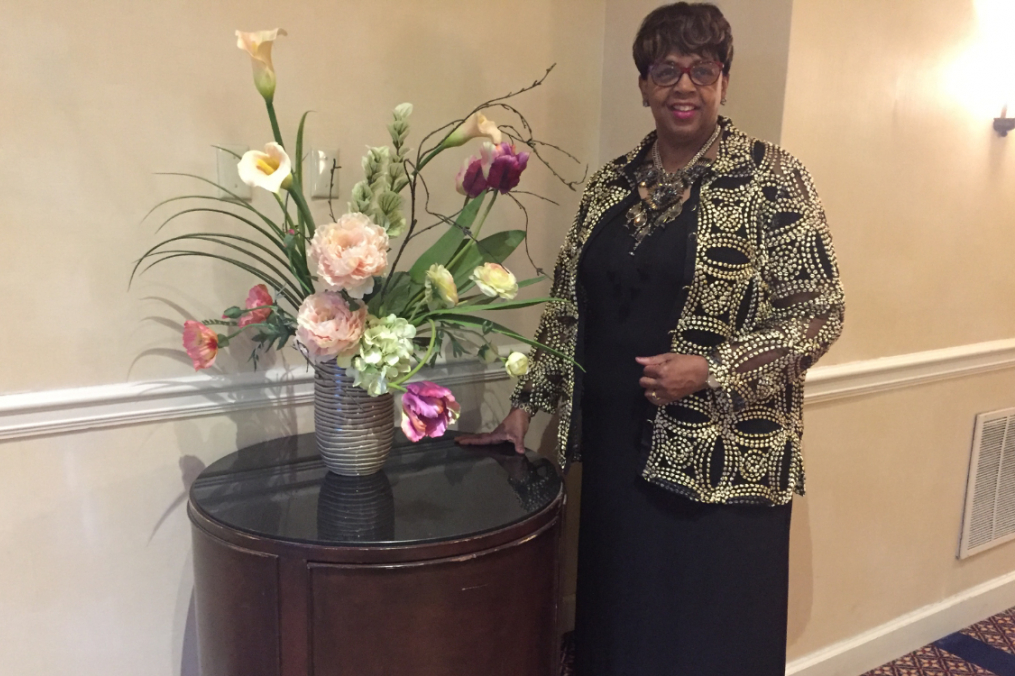 Carolyn McLaughlin ’76 has always worked hard at her vocation – from nuclear weapons research to overseeing fiscal operations for various New York State agencies. But public service has been her true life’s calling.

“When I was working, I had a very nice career, a very good pension,” says McLaughlin, who retired in October from her position in human resources with the New York State Teachers Retirement System. “But the work that I was put on earth to do is the work of advocating for people’s lives.”

Now, she’s hoping to culminate that long career of advocacy from the Albany, N.Y., mayor’s office. The current Albany Common Council president declared her candidacy in January. She faces first-term incumbent Mayor Kathy Sheehan and a third candidate in a Sept. 12 Democratic primary that, given the city’s lopsided Democratic enrollment advantage, will for all intents and purposes decide the race.

“The pinnacle of my political career in Albany is to run for mayor,” says McLaughlin, who was first elected to the Common Council, representing the city’s second ward, 20 years ago. “I’m certainly prepared based on my political and professional experience. And it would be an opportunity to give back to the community that has given so much to me.”

The path to public service

The first sparks of what would become a political fire in McLaughlin’s belly were experienced at Keuka College, where she successfully ran for student government.

But she didn’t head straight into politics. Instead, she took her bachelor’s degree in Chemistry – perhaps one of the last ever conferred by the College; the major had been discontinued by the mid-1970s – and headed to California. There, she embarked on nuclear weapons research at the Lawrence Livermore National Laboratory, about a dozen miles east of San Francisco Bay.

“I found that job in the library in Keuka College,” she still remembers. “I was reading ‘The Black Collegian’ magazine – I don’t know if it even still exists(*) – and there were universal applications for jobs. … I applied and the next thing I knew, I got called for an interview.”

But after 10 years at various laboratories in the Golden State, a desire to be near family brought McLaughlin home to her native Albany. She earned her master’s degree in Public Administration from the Bernard M. Baruch College of the City of New York in 1995 and embarked on a new career in state government. More importantly, she dove head foremost into public service.

“My whole political career was born out of volunteerism,” says McLaughlin, who has lent her expertise and elbow grease to organizations ranging from the Urban League to the United Way to the NAACP. “When you do work with those organizations, you get to understand what the needs of the people are.”

Politics was a logical next step, though not necessarily a natural one.

“Most women, when they get involved in politics, it’s because someone approached you and said you should get involved,” McLaughlin says. “That’s what happened to me.”

Jumping from one male-dominated world (the sciences of the 1970s and ‘80s) to another (politics of today) was made easier by the strong examples she found on the Keuka College campus, she says, like Dr. Miriam Stimson, a noted scientist who taught chemistry at the College from 1969-1978.

“She was a woman who was ahead of her time,” says McLaughlin. “She had broken a lot of barriers in chemistry. She treated us like women. We were not allowed to call ourselves girls; we were women!

“She was an example of true leadership,” McLaughlin continues. “She was someone who really showed by example what it’s like to not underestimate yourself. Outside of my mother, she was one of the first people who really presented that picture for me.”

Technically, her successful run for Albany Common Council in 1997 was not her first campaign. She served as Class President during her Keuka College years – a step she says she could not have imagined herself taking before arriving on campus.

“I think that’s where I learned to be a leader,” she says of her College experience. “If you are going to run for class president, you have to have a voice. That’s what it is: I found my voice there. It may sound cliché, but I think that’s really true.”

But to hear her College roommate tell it, McLaughlin didn’t face much of a learning curve, politically or otherwise.

“I don’t know that she ever campaigned, per se; she was just a natural leader,” recalls Arlene Wesley Cash ’76, who roomed with McLaughlin during their sophomore year. “She’s smart, she has a high level of integrity, she’s creative, persistent, congenial. Always a peacemaker. Also, she was always pushing people to excellence.”

Cash, vice president for enrollment management at Guilford College in Greensboro, N.C., and a Keuka College Trustee, says she and McLaughlin forged a lifelong friendship.

Albany will continue to be McLaughlin’s focus over the next few months, as she makes the case to the city’s voters why she’s best positioned to tackle persistent problems like fiscal solvency, affordable housing and economic development.

She’s got ideas for nurturing the entrepreneurial spirit of the city’s growing millennial population. And, of course, there’s the challenge that, as the state’s capital city, some 60% of Albany’s property (land that’s state-owned) is exempt from property taxes.

Ultimately, McLaughlin is confident that her extensive experience in city government, along with the feet-on-the-street knowledge she’s gathered as a longtime community volunteer, will elevate her to the city’s highest office.

And she can also tap the foundation in learning, leadership and life skills that she received at Keuka College, which has helped her maintain her footing in the professional and political world all these years later.

“You never know where you’re going to end up,” she says. “So whatever experience you have educationally or professionally, one thing builds on the other to take you where you’re supposed to be. And that’s what happened to me.”