College President Ready for His Close-Up

Believe it or not, a full-length feature was once filmed, in part, at Keuka College. And the College President had a role! 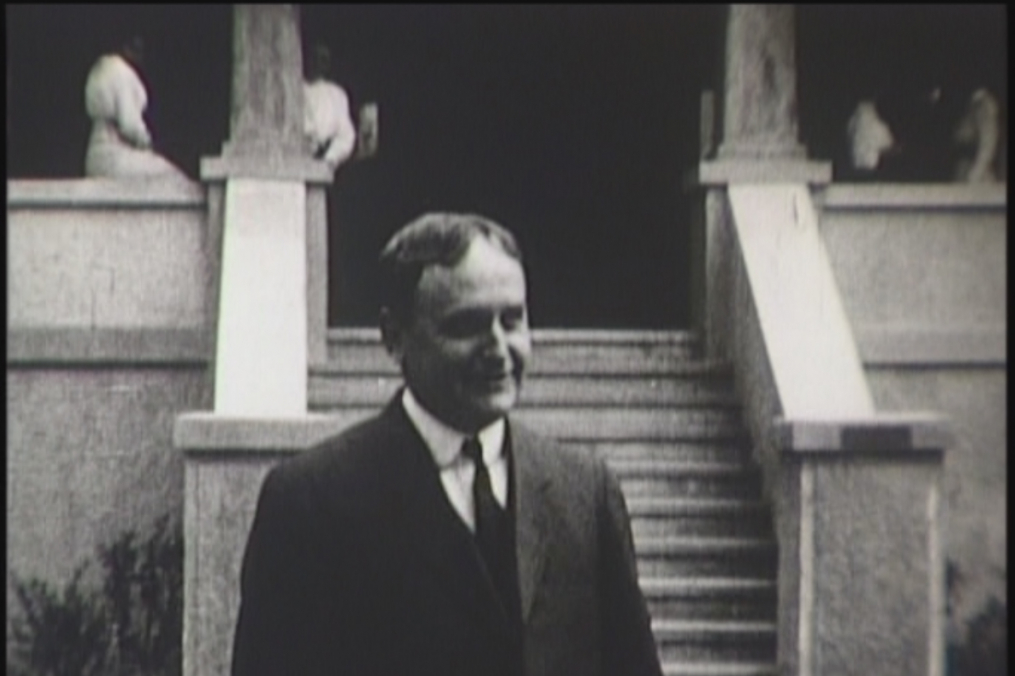 Pop quiz: Which Keuka College President had a role in a full-length motion picture?

Hint No. 1: The President played himself.

The answer is the Rev. Joseph Serena, the College’s sixth President, who was cast perfectly as – what else? – the College President in the 1915 movie, “Wheat and Tares.”

Talk about a lost chapter from local history – the College’s history, as well as the region’s.

It was 1915 and Keuka College was celebrating it 25th year. But the celebration was subdued; financial difficulties threatened the institution’s future.

Enter successful local businessman Ed Ramsey, head of the recently established Penn Yan Film Corp. With a pair of short features under his belt, he proposed producing a local movie that, in part, would serve as a fundraiser for the College. And he did just that.

The story of exactly how this film came to be made is entertainingly related by Jim Creamer, a one-time reference librarian at the Penn Yan Public Library. Creamer narrates what’s left of the film (the first reel has been lost to history) and provides an explanatory introduction in a DVD of the movie, available at both Keuka College’s Lightner Library and the Penn Yan Public Library.

As images from more than 100 years ago flicker in black and white, Creamer points out local connections, such as where certain scenes were shot (Penn Yan’s Arcade Building and the Citizens Bank building appear), and who’s on screen (Ramsey himself appears to have a cameo).

The film was made entirely in and around Penn Yan, including on the College campus, which is where President Serena makes what can only be assumed to be his first (and last) big-screen appearance. (The movie database IMDb does not have an entry for him. Don’t laugh – it does have a bare-bones entry for the film!)

The movie’s plot, like its title, is adapted from Jesus’ Parable of the Wheat and Tares, in Matthew, which relates that the good (the wheat) will one day be rewarded while the wicked (the tares) will be consigned to the netherworld.

The movie tells the story of two friends, one who takes the high road in life – to Keuka College, then to marriage and success beyond – the other who comes to no good.

Not only did the good guy win the girl, declared a Summer 2003 article about the movie in the Keuka College Community Report, “but a good deal of his success is based on the education he gets at Keuka College.”

But it is the story of the film’s making – a 102-year-old movie produced in Penn Yan? – that is the true point of interest.

Alas, while the movie opened to an enthusiastic response in August 1915 (debuting in Penn Yan, of course, at the old Sampson Theatre), the story doesn’t exactly have a happy ending.

The College, as is well known, was forced to close just months later. Even more tragically: Filmmaker Ramsey was killed the following June in a freak car accident just south of Geneva. With him went the Penn Yan Film Corp.

But you can’t keep a good College down – or, as it turns out, a good (OK, fair to good) movie.

On Sept. 21, 1921, Keuka College officially reopened as a women-only college.

It took “Wheat and Tares” a tad longer to reemerge.

According to the now-retired Creamer, a print – the only one known to exist – languished in the basement of Ramsey’s house on North Main Street in Penn Yan until his widow died in the 1940s. Nearby Soldiers and Sailors Memorial Hospital bought the home, then tore it down a few years later to build a parking lot.

A local worker named Howard Blauvelt, while clearing out the house, found the print and held onto it. It wasn’t until decades later that College History Professor Dr. Philip A. Africa learned of the film’s existence and had it transferred onto modern film stock.

That was the version Creamer first laid eyes on.

“I found out Keuka College had a copy of it on film,” he recalls. “So I wheedled a VHS videotaped copy out of them.  I watched it about 600 times to try to figure out what was going on.”

Creamer would show the film locally, complete with his knowing narration.

“People really enjoyed the hell out of it,” he says.

Years later, Creamer learned that Blauvelt was given a copy of the print on modern film stock as a thank you when Penn Yan’s Dr. Africa had the print transferred.

“Untouched from 1969,” Creamer marvels. “He didn’t have a projector. I borrowed it and got it digitized.”

It was through his efforts – with production from Jim Kerins of Farmington-based Jammin’ Video and a little background piano music by Eric Pratt – that the film was transferred to DVD.

And the rest, as they say, is history. In this case, literally. 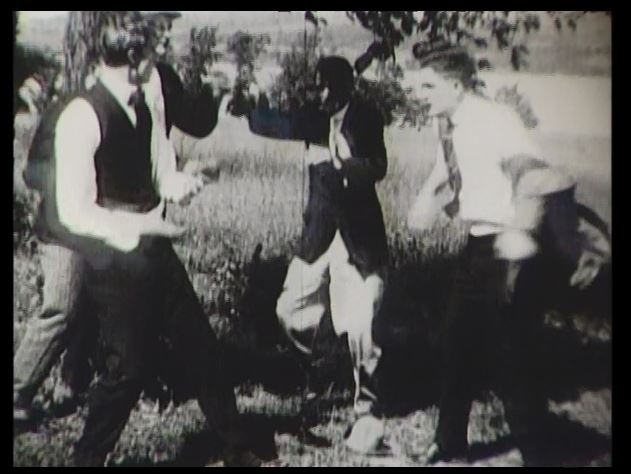 The 1915 silent movie "Wheat and Tares" was filmed entirely in and around Penn Yan, including on the campus of Keuka College. 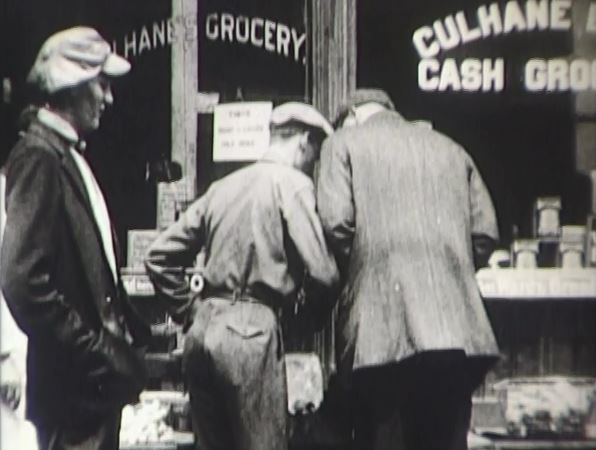 This scene was shot in downtown Penn Yan. 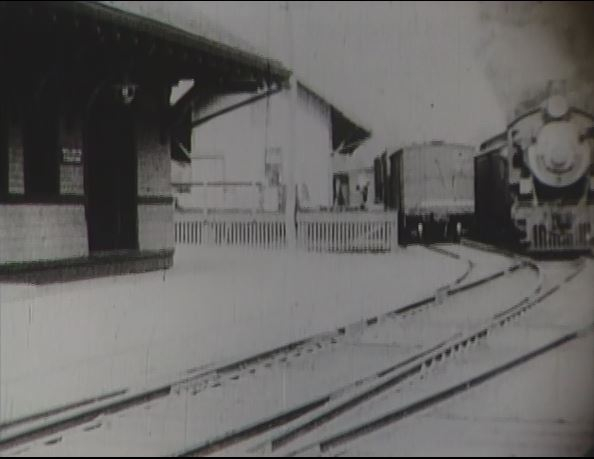 The film offers numerous scenes of the Penn Yan area from 100 years ago, including the former train station near the site of what is now Morgan's Grocery. 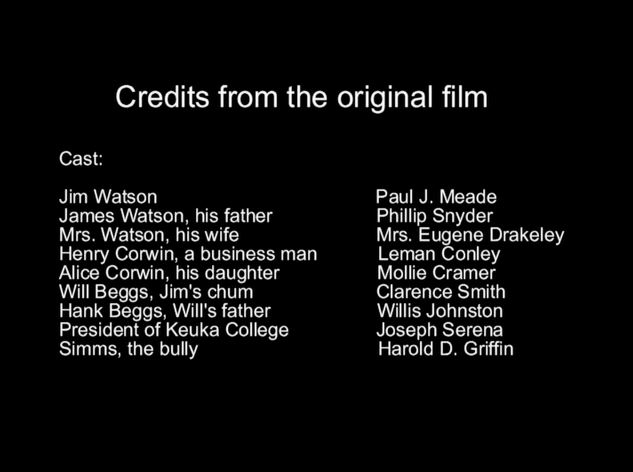 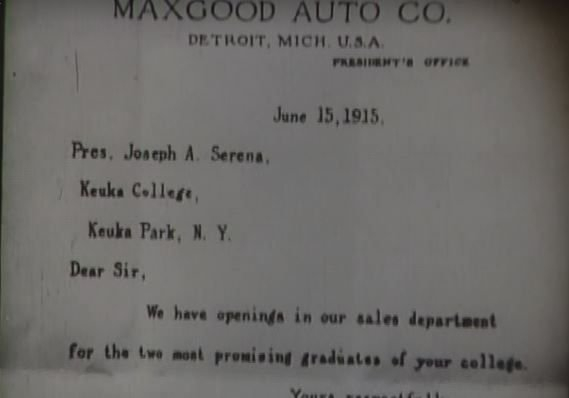 Reviews of the day noted that "Wheat and Tares" could have benefited from a few more title cards to better explain the action. This "letter" to College President Joseph Serena offered welcome clarity. 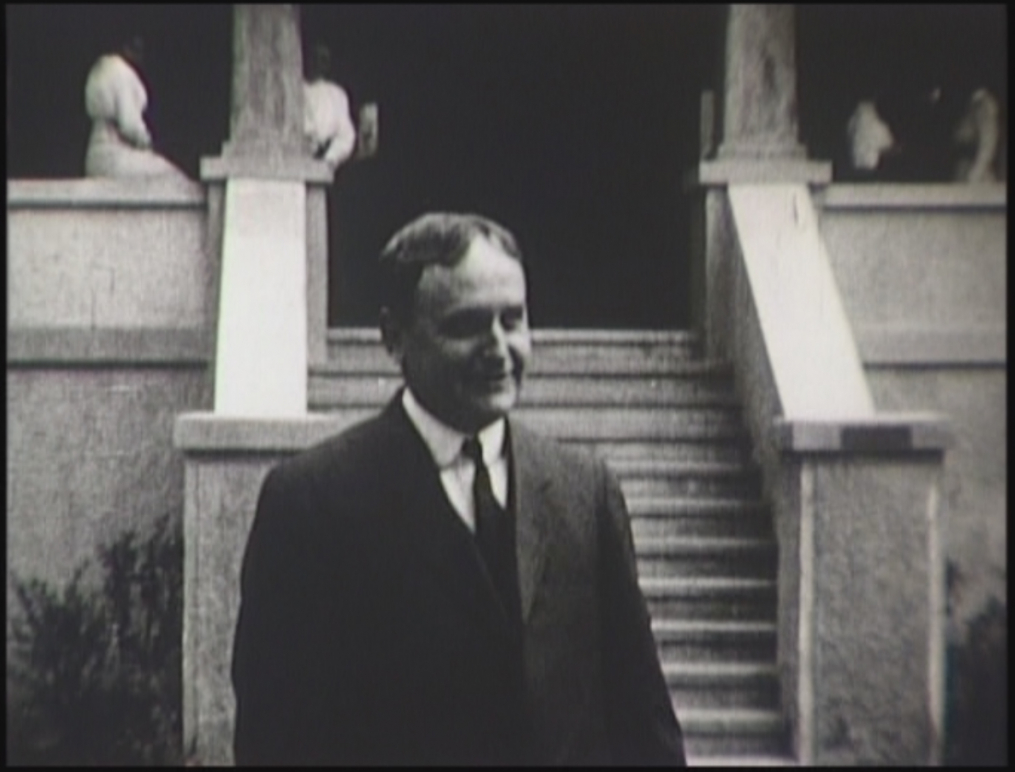 Keuka College President Joseph Serena was not only a backer of "Wheat and Tares," but one of its supporting players. He's shown here in a scene from the movie that was shot outside of Ball Hall. 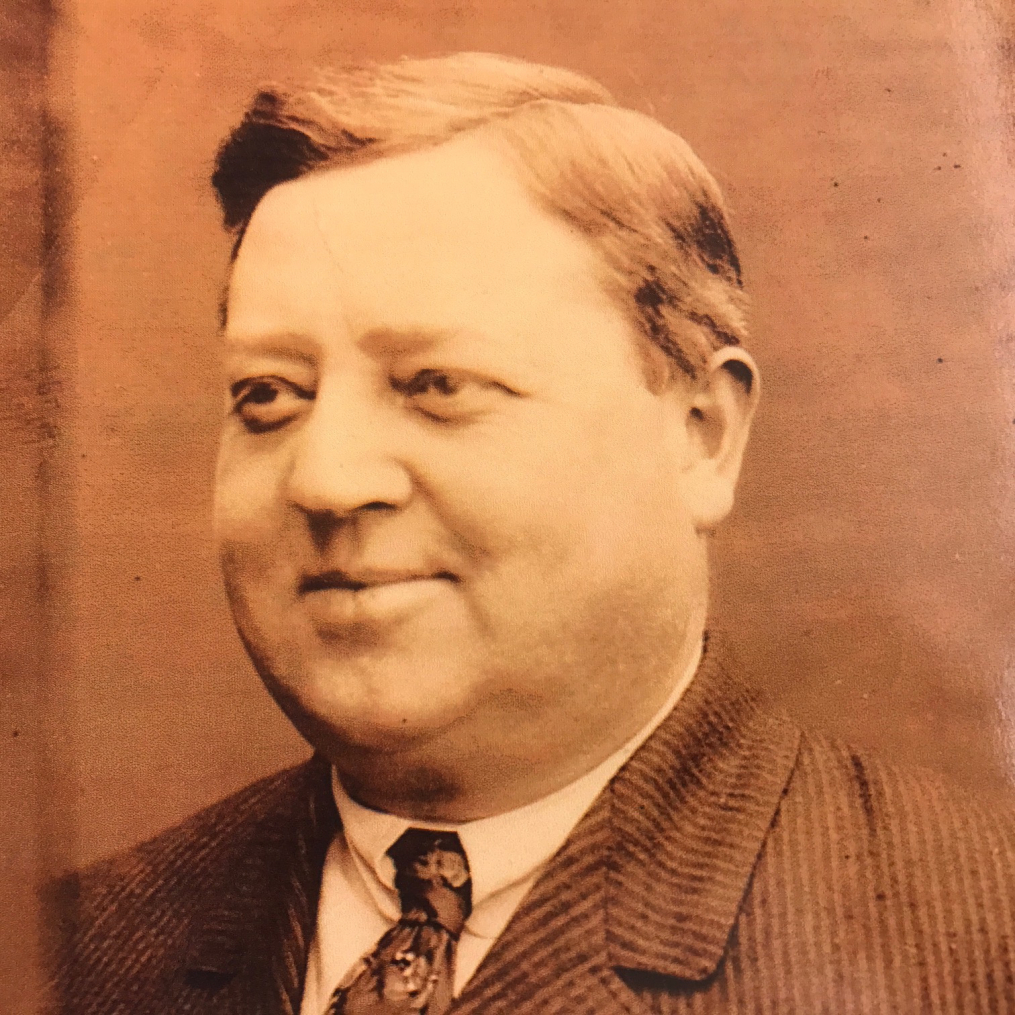 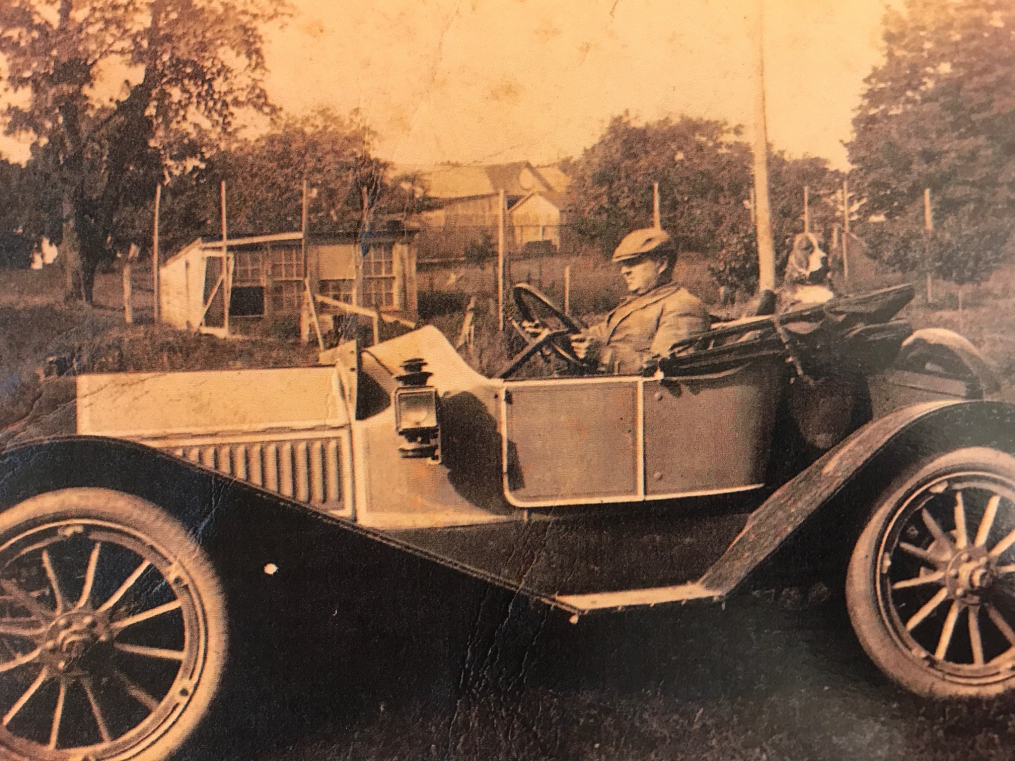 Ed Ramsey was killed in a car accident on June 13, 1916. With him went the Penn Yan Film Corp. -- and a planned sequel to "Wheat and Tares. 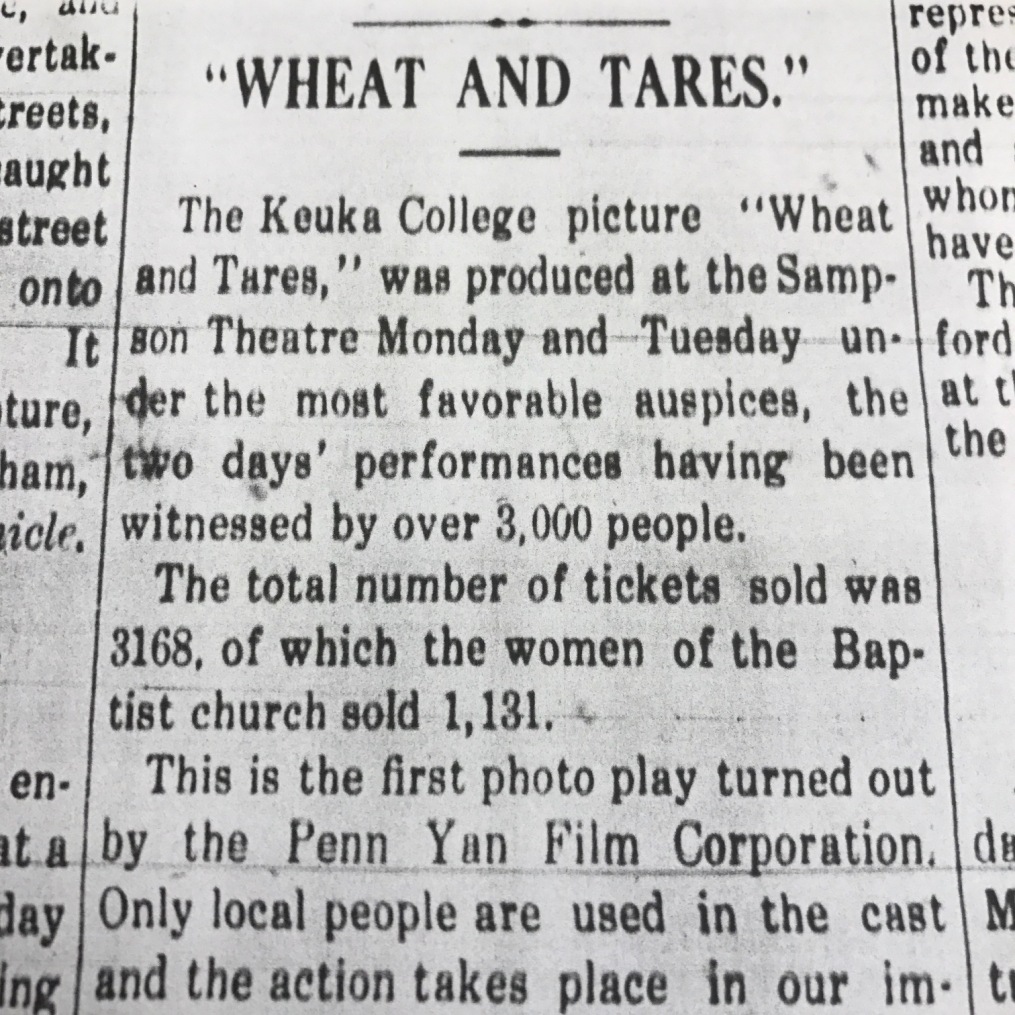 According to a local newspaper account, the first two local screenings of "Wheat and Tares," in August 1915, attracted an audience of well over 3,000.