How Jolene Creighton '08 went from the English department at Keuka College to leading one of the world's best science news sites. 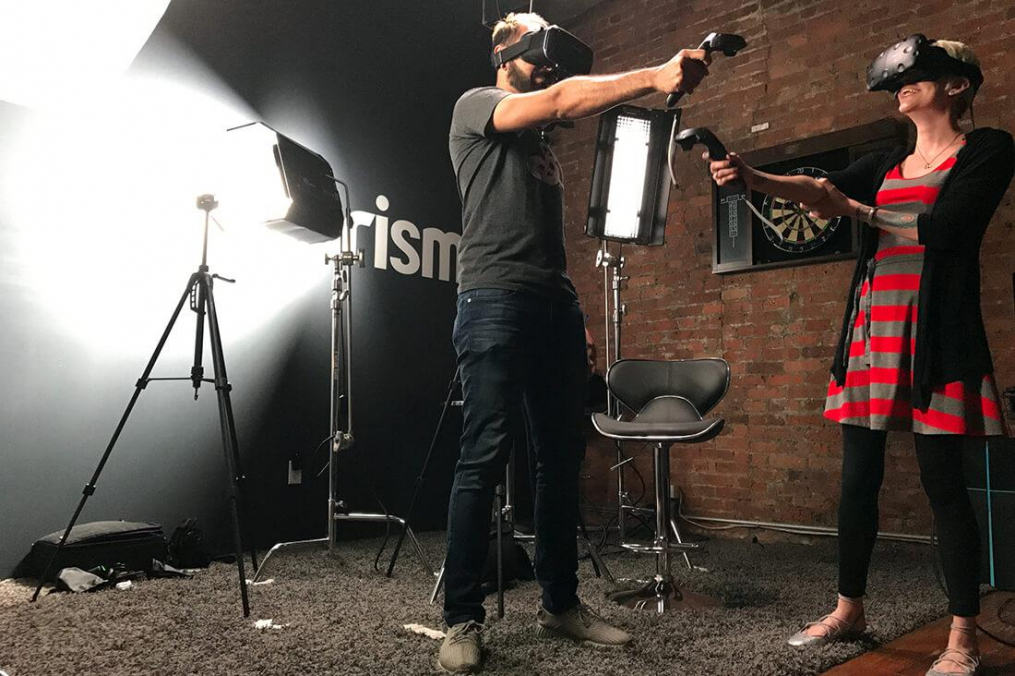 To be an informed and functioning member of society — let alone keeping up with socio-political challenges around the globe — you first need to understand science.

That’s what Jolene Creighton ’08 believes and propagates as editor-in-chief of Futurism, which has covered the latest scientific breakthroughs and technological innovations since 2015. With articles titled “Are We Already Living in the Age of Cyborg?” and “The Cities of the Future Will Be Efficient, Sustainable, and Smart,” its website has 20 million monthly readers, 100 million monthly video views, and more than 4.5 million followers on Facebook.

Jolene, who graduated from Keuka College with a bachelor’s degree in English literature (with an emphasis on creative writing and a minor in political science and history), describes Futurism as focused not just on interesting stories, “but on science and technology that’s transforming the future of society and literally reshaping what it means to be human.”

Jolene grew up watching shows about the cosmos on PBS, and had teachers over the years who demonstrated the importance of skepticism and of demanding observational evidence to discern the truth.

“It’s getting to the point, from an ecological perspective, where we’re almost beyond where we can correct our errors,” she says.

In 2012, Jolene co-founded From Quarks to Quasars, a science-based organization that worked to promote scientific literacy and gained more than 1.4 million Facebook followers in its first year. The organization merged with Futurism in 2015, just as she was finishing a Ph.D. program — she needs only to complete and defend her dissertation — at the University of Southern Mississippi, where she has taught courses on digital media and the rhetoric of science. (Her research focused on how individuals and organizations communicate science.)

“It seems really valuable to spend a few years getting more experience with all this stuff, as opposed to looking at it from a strictly academic perspective,” she explains.

Now based in Brooklyn, Jolene, who also has a master’s degree in English literature from the College at Brockport, works with fellow Keuka College graduates Sarah Marquart ’14 and Patrick Caughill ’15. Sarah began writing for From Quarks to Quasars after Jolene met her at an alumni event. She has moved over the past two years from writer to editor to managing editor at Futurism. Pat, who Sarah recommended, is an associate editor.

“It’s kind of fantastic and fascinating the way that these connections can end up becoming long-term career moves,” Jolene says.

With a team of about 70 writers and designers, Futurism produces content that explores environmentally catastrophic topics such as deforestation and climate change, as well as artificial intelligence, genome editing, and other scientific breakthroughs that Jolene says “are pressing and demand ongoing conversations.”

To that end, Futurism is developing partnerships with national media organizations and networks, and is in talks to launch a television show to spread awareness about how science and technology can revolutionize the globe.

Futurism Studios, which still is in development, has this year begun creating videos committed to longer-form content. One video focused on vertical farming — the use of farming techniques and controlled-environment agriculture technology to produce food in vertically stacked layers, without soil, natural light or pesticides — takes a close look at the leafy greens and herbs being grown by New Jersey startup AeroFarms.

Futurism is a collaborator and sponsor for the March for Science, planned for April 22 in Washington, D.C., to champion the role science plays in innovations that advance our society.

And it is working with the Future of Life Institute, a volunteer-run research and outreach organization, to keep artificial intelligence beneficial while exploring ways to reduce risks from nuclear weapons and biotechnology.

“What we don’t want to happen is something like the Industrial Revolution, where we have fantastic technology but end up destroying the environment,” says Jolene. “We want to ensure the necessary research is being done now so there are protections and provisions in place. Then, when this stuff is realized, it’s safe and not something to be feared, and there can be global scientific consensus on how to move forward with developments.”

To get to that point, according to Jolene, Futurism is dedicated to effectively communicating science to the public in a way that helps us analyze arguments and discern whether they’re accurate.

She adds: “It’s really about being informed so you know how best to lead your life.”